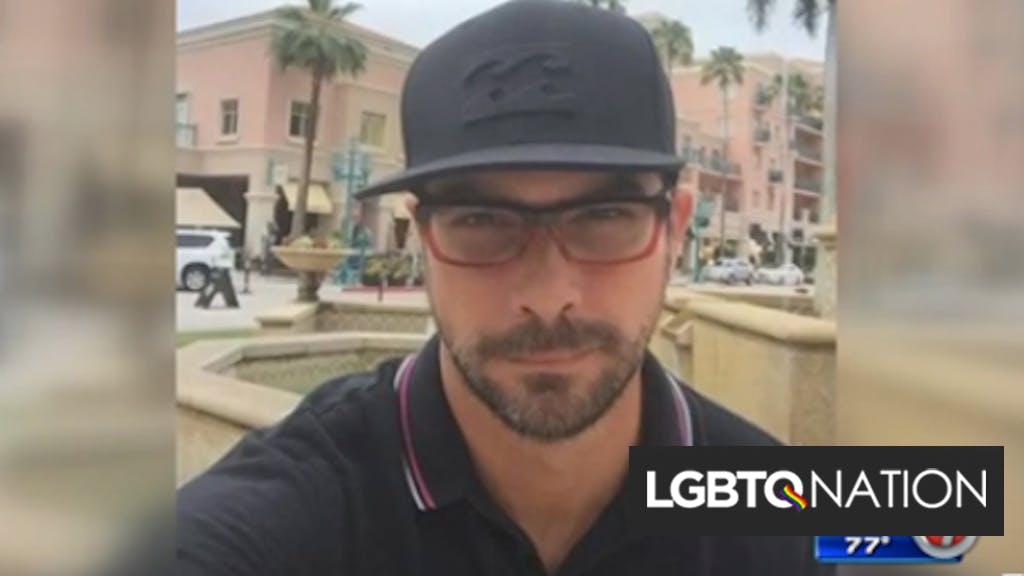 Shane Cullinan — a bartender who works in the city of Wilton Manors, Florida — said that local business owner Gary Bouvier, spit in his face when Cullinan asked him to wear a facemask in The Pub, the local gay bar where Cullinan works.

In a public Facebook post describing the incident, Cullinan claimed that on Friday, June 12, Bouvier wandered behind the bar without a facemask on, apparently looking for the bathroom. When Cullinan pointed out its location and told Bouvier he needed to wear a mask inside the bar, Bouvier allegedly told him, “You don’t know who I am, and f*ck off.”

Cullinan then followed Bouvier to near the bathroom and informed him of the mask policy once again, adding that the bar requires it as a way to protect others from coronavirus. Bouvier allegedly replied, “You don’t know who I am, and f*ck your mom.”

“Probably about 7 minutes later he comes in from outside, actually has a mask on, pulls it down and spits in my face,” Cullinan wrote, claiming that Bouvier said “F*ck off, you messed with the wrong person,” and quickly escaped in his Lamborghini as Cullinan called the police.

Cullinan, who claims to have a friend who recently died of COVID-19, called the incident “the most disrespectful/disgusting thing” he has experienced in 25 years of bartending. “I was completely in shock and so was [Bouvier’s] wife,” Cullinan wrote. “This man spit in my face and put my life at risk and other patrons who were around the area. Spit stays in the air for a while.”

Local police say they’re reviewing surveillance footage of the incident and will submit all the evidence to the state attorney’s office, according to the local news affiliate WSVN.

In a non-public Facebook post, Bouvier reportedly wrote, “I consumed too much alcohol and engaged in out-of-character behavior for which I profoundly regret. I hope that I may demonstrate that one moment of poor judgment does not define who I am. I deeply apologize to Shane.”

Since the incident, a Facebook group called “Boycott Wilton Wings & Stop Gary Bouvier from Assaulting Others” is encouraging others to spread news of Bouvier’s behavior and no longer patronize his local businesses.

On June 16, Florida reported 2,783 newly confirmed cases of coronavirus, the state’s highest-ever daily toll. As of June 19, 3,061 COVID-19 related deaths have occurred in the state.

Several Florida hospitals have reported having few to no ICU beds for COVID-19 patients, and a new U.S. death toll projection from the Institute for Health Metrics and Evaluation (IHME) at the University of Washington showed Florida as being expected to become one the U.S. states hit hardest by the ongoing coronavirus epidemic.