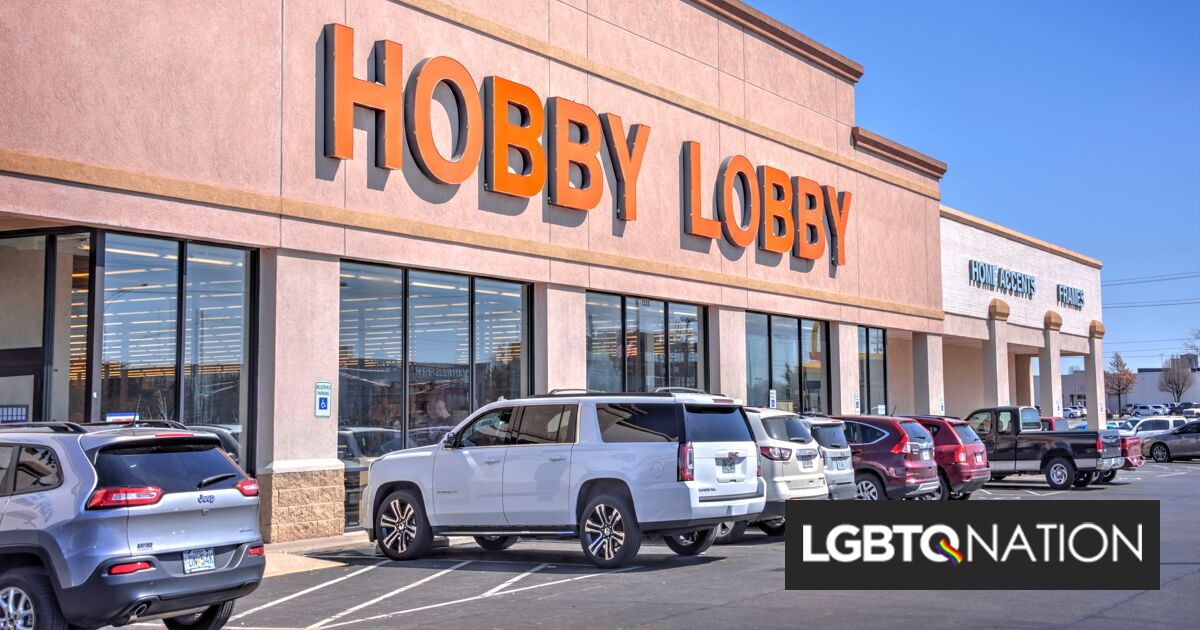 A court in Illinois has upheld a ruling by the Illinois Human Rights Commission, agreeing with their determination that Hobby Lobby Stores, Inc. has discriminated against their own employee by denying her access to the women’s bathroom.

The decision upholds the Commission’s determination that Hobby Lobby pay damages in the amount of $220,000 for emotional distress and attorneys’ fees. The court also determined that because Hobby Lobby furthered litigation with the appeal, the issue should be remanded back to the Commission so they can determine if she’s entitled to further damages.

The case brings a definitive conclusion to a discrimination complaint that Sommerville first made against her employer in 2013. She remains employed by the company, Bloomberg reports, and has since 1998.

Sommerville, born in 1969, transferred to a Hobby Lobby location in East Aurora, Illinois in the 2000s, after previously visiting the store as a customer. She disclosed her transition to other employees in 2009 and began receiving gender-affirming medical care in 2010. She also legally changed her name and received identification and government documents reflecting her identity by that year’s end.

In July, she informed the company formally that she is a woman and would use the women’s restroom facilities at her store. Hobby Lobby took no issue with updating her personnel file and employment information, but said she needed “legal authority” to use women’s facilities.

Sommerville produced her state ID, Social Security card, order of name change, a copy of the Illinois Human Rights Act that had been passed into law that year, and her medical doctor’s attestation to her identity. Hobby Lobby still refused to allow her to use the restroom, and in February 2011 managers began issuing referrals in her employment record when she used the women’s restroom anyway.

The issue left Sommerville “emotionally devastated” and she broke down on multiple occasions she received discipline. She began trying not to use the bathroom when she was on duty, trying to use facilities outside of the store that were more than ten minutes away, and even limiting what she ate and drank every day. It led to the point that she was diagnosed with a medical condition in 2012 regarding her need to use the restroom.

Sommerville began having nightmares about using the restroom and suffered from headaches, cramps and dehydration from the distress and self-imposed restrictions on her fluid intake that she felt necessary to avoid using the men’s bathroom.

In February 2013, she filed a formal complaint with the Illinois Human Rights Commission under the Human Rights Act. Soon thereafter, Hobby Lobby installed a gender-neutral restroom in the store, but still told Sommerville she could not use the women’s restroom.

Hobby Lobby would claim it was because they needed proof that she had obtained gender-affirming surgery before they could allow it, which the court notes shows the company “repeatedly changed its precondition” as it saw fit during litigation.

The Human Rights Commission adopted the judge’s findings and ordered Hobby Lobby to further allow Sommerville the right to use the women’s restroom. Hobby Lobby appealed to the state’s Second District Appellate Court to prevent having to.

That led to Lambda Legal and Equality Illinois filing briefs in support of Sommerville in 2020.

Today, w/our friends at @EqualityILL, we filed a brief in support of Meggan Sommerville, a trans woman & @HobbyLobby employee for more than 20 years who has been fighting to use the women’s facilities @ her job. She’s been fighting for almost 10 years. https://t.co/ng6O5MefYK

“We at @EqualityILL are inspired by & thankful to Meggan for her years of resilience and courage in this fight for her rights and the rights of all trans people in IL.” – @Iamtherealbcj, Equality Illinois 👏👏👏

After hearings last month, a three-judge panel for the court has unanimously ruled that Hobby Lobby’s objections to the ruling had no merit.

Since Hobby Lobby did not contest their actions prior to Sommerville’s complaint, the court determined that the company had in fact violated the Human Rights Act and the findings by the Commission were justified.

“Hobby Lobby contends that an individual’s ‘sex’ —the status of being male or female— is an immutable condition. However, the plain language of the Act does not support this conception,” Justice Mary Seminara-Schostok wrote in the opinion for the court.

The fact that Hobby Lobby tried to require gender-affirming surgery to allow her access to the bathroom was proof that the company was discriminating against her.

“Hobby Lobby’s argument that female status is somehow immutable is belied not only by the Act, but also by its own conduct,” Seminara-Schostok concluded.

“This decision will have national implications and start the process of courts around the country addressing the issue of bathroom access,” Jacob Meister, Sommerville’s attorney, said regarding the ruling.

Hobby Lobby nor their attorneys have commented publicly on the ruling.

The ruling comes just after the Christian-owned company gave up in its legal battle to prevent the return of hundreds of thousands of artifacts, and allowed them to be returned as ordered by the federal government.

Courts have ruled that the billionaire family owning Hobby Lobby had bought the artifacts, which were stolen from Iraq, in an auction and then smuggled them into the United States to put in one of their other businesses, the Museum of the Bible. That debacle has also led to seven-figure fines and global embarrassment for the corporation owned by David and Barbara Green.

The basis of much opposition to anti-discrimination laws in the United States has been based on Hobby Lobby’s arguments in judicial action that corporations can hold a religious belief just the same as a person can.

Hobby Lobby has argued against having to cover healthcare costs for procedures they religiously object to, such as abortions, as required under the Affordable Care Act. The Supreme Court accepted that argument and ruled that they can operate outside of the law based on their religious beliefs in the 2014 decision Burwell v. Hobby Lobby Stores, Inc.

Those same arguments are now used by other entities, including corporations and religious non-profits, to try and prevent them from having to heed to anti-discrimination laws, such as the Human Rights Acts that states like Illinois have passed. Courts are still ruling in favor of anti-LGBTQ organizations on the basis of that legally binding precedent.

One of the attorneys that made that argument for Hobby Lobby, Stuart Kyle Duncan, went on to earn an appointment as a federal Court of Appeals judge following nomination by Donald Trump.