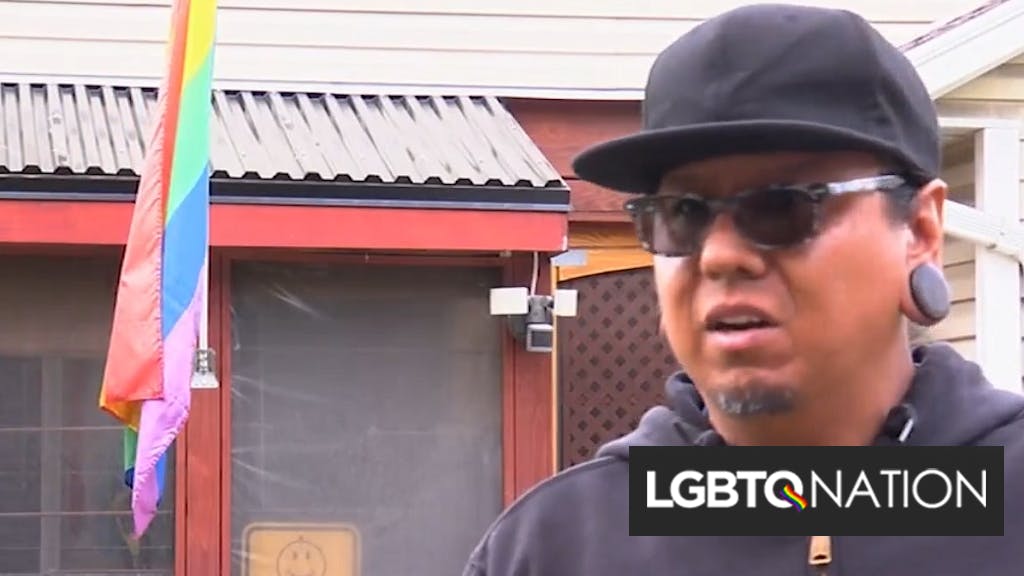 A Utah man says that someone in a car shot up his home because of several flags he flies, including the rainbow flag.

Xochiacatl Lopez said that the gunshots started as he was getting up for work at 2:30 a.m. on Wednesday in his home in Salt Lake City.

Related: Gay couple targeted in drive-by shooting after they kissed in their car

“I heard a shot,” he told ABC4 News. “The first thing that crossed my mind was it sounded too close and then I heard a bunch of them. I just rolled down to the bed, into the floor, and pulled her [Nahui] by the shoulder. I covered her with my body until the shooting stopped.”

Afterwards, Lopez said that he found one of the bullets inside a closet in his home.

“We found where it went through a closet and hit a bunch of stuff, and then I had to get the cops and say, ‘Hey, the bullets, they went through the house,’” he said.

Lopez flies the rainbow flag, the Mexican flag, the American Indian Movement flag, and the American flag outside his home, and he thinks that that’s why the drive-by shooting happened.

He said that he flies the rainbow flag because his house “helps out those in need and focuses in the LGBTQ community and the undocumented community as well.”

“We have actual rounds going as you can see in the video that you shared with me and that concerns us,” he said. “Those can hurt and kill somebody very easily.”

Ruff said that it’s too soon to know the motive for the crime, so police are not willing to label it a hate crime yet.

Lopez said that he already forgives the shooter.