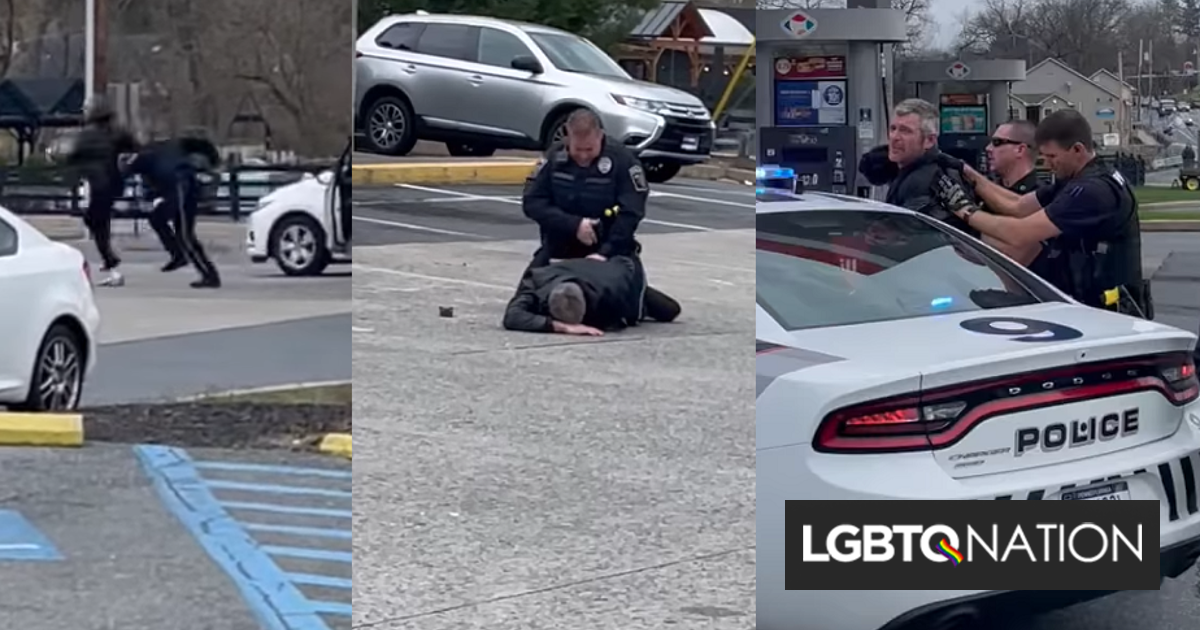 A man putting anti-Biden stickers on gas pumps got tackled by police officers after he threw a temper tantrum in front of them.

Thomas Richard Glazewski, 54, of Lancaster, Pennsylvania was putting the stickers on gas pumps at a Turkey Hill gas station on Thursday, March 31. According to ABC 27, he was upset about the price of gas and blamed President Joe Biden.

Related: Anti-masker threatens restaurant employee but he’s the one who gets punched in the face instead

Police showed up and that’s when Glazewski went ballistic, shouting, “F**k you! I did that! I did that! That’s what I did!”

He then screamed and started running, and that’s when a police officer tackled him. Aaron Philips, a bystander, recorded the arrest and posted it to Facebook.

According to court documents, Glazewski is facing a misdemeanor charge of resisting arrest, as well as disorderly conduct, harassment, and criminal mischief.

The documents also say that a gas station employee said that Glazewski didn’t just stick the stickers to gas pumps, he also sprayed them with a substance to make them harder to remove.