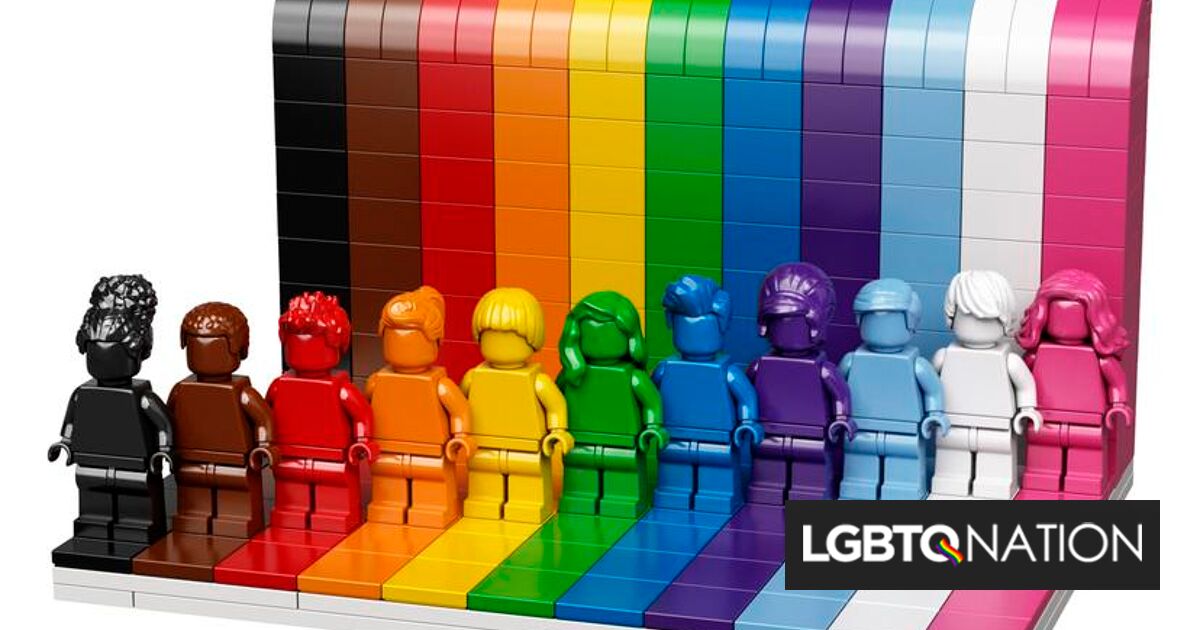 Both religious right leaders and Fox News pundits have begun to deride the inclusive set of merchandise, even suggesting the kit’s existence is akin to the values of an avowed white supremacist and that it needs “Christian attention.”

Related: The Teletubbies are releasing their first ever Pride collection for nostalgic adults

On Friday, prominent anti-LGBTQ Southern Baptist leader Albert Mohler released a 2300-word rant on his website condemning LEGO for giving in to the corruption of “moral revolutionaries” who have “based their entire argument upon an idea of personal identity in which sexuality is the most important thing about you.”

Mohler, who is president of The Southern Baptist Theological Seminary, then urged Christians to “lean in” to the issue.

“The Christian worldview tells us, listen carefully. There’s a brokenness here. There’s a hurt here that cries out for Christian attention. That hurt is at the deepest level of personal identity.”

He ended the essay declaring, “Shame on the LGBTQ community for demanding this kind of affirmation.”

Shockingly, Mohler’s rant was not even the most bizarre.

In the midst of an outburst about the so-called “Resegregation of America” due to programs that prioritize people of color, Fox News host and extreme conservative Will Cain compared the LEGO Pride set to former Ku Klux Klan leader David Duke. Cain said the “color-coding” toy looks like Duke could have designed it.

Cain made these comments in a segment called, “The Left’s Push for Racial Division,” and he then invoked Martin Luther King Jr., who he claimed would never have supported the LEGO set.

“This is the opposite of Martin Luther King’s dream for America,” Cain said, “or the American constitutional ideal that every man was created equal.”

The Pride set, called “Everyone is Awesome,” will feature 11 monochromatic, non-gendered figurines that come together to form a rainbow with black and brown stripes and the transgender flag colors.

The figures stand on a rainbow platform that forms an arch.

The people in the set don’t come with faces or clothes painted on them and they aren’t being assigned genders by the company. Instead, they are supposed to “express individuality, while remaining ambiguous,” and they have different hairstyles and come in different colors even though they are otherwise the same.

Despite the extremist backlash, many more have celebrated new collection’s debut.

Me: I’m so damned tired of the trivializing corporatization of Pride.

LEGO: Check this out. And by the way, you’re awesome.

Me: *weeps and pulls out debit card* https://t.co/Hw84CWxIS9

I’m so incredibly proud to be a part of the LGBTQ+ community. @LEGO_Group is coming out with a PRIDE Set of Legos. I’ll be purchasing one and donate it to @SynergyForAll! 🏳️‍🌈