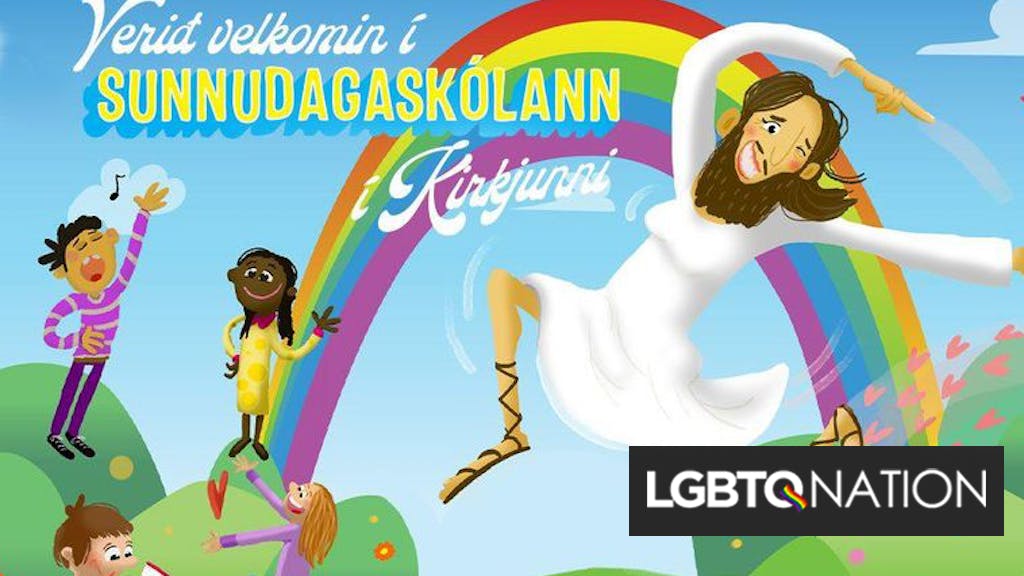 Conservative Christians are outraged by an ad from the Evangelical Lutheran Church of Iceland that depicts Jesus as having a beard, breasts, and make-up.

The ad, which will run on buses in Iceland’s capital Reykjavik for several weeks, is meant “to bring attention to diversity.”

“In this one, we see a Jesus who has breasts and a beard. We’re trying to embrace society as it is. We have all sorts of people and we need to train ourselves to talk about Jesus as being ‘all sorts’ in this context,” said church spokesperson Pétur Georg Markan.

“Especially because it’s really important that each and every person see themselves in Jesus and that we don’t stagnate too much. That’s the essential message. So this is okay. It’s okay that Jesus has a beard and breasts.”

The Evangelical Lutheran Church of Iceland is the official national church of Iceland and has an estimated 230,000 members. And some of them expressed their outrage on the church’s Facebook page.

“There was a reason I left the National Church and found another Christian congregation,” one person wrote on Facebook, according to the Daily Mail.

“Shame on the bishop!” wrote another. Others called the ad “tasteless” and “particularly stupid.”

“The church should be ashamed for humiliating Jesus like this,” wrote one person.

But one Icelandic pastor said that the image is open to interpretation.

“Each person interprets something in this picture,” said Guðrún Karls-og Helgudóttir, the minister of the Grafarvogskirkja church. “Some people interpret it as a trans Jesus, others as a woman. Some see Mary with a beard, and others see a genderqueer person. Views within the church are just as diverse as elsewhere,” she concludes.