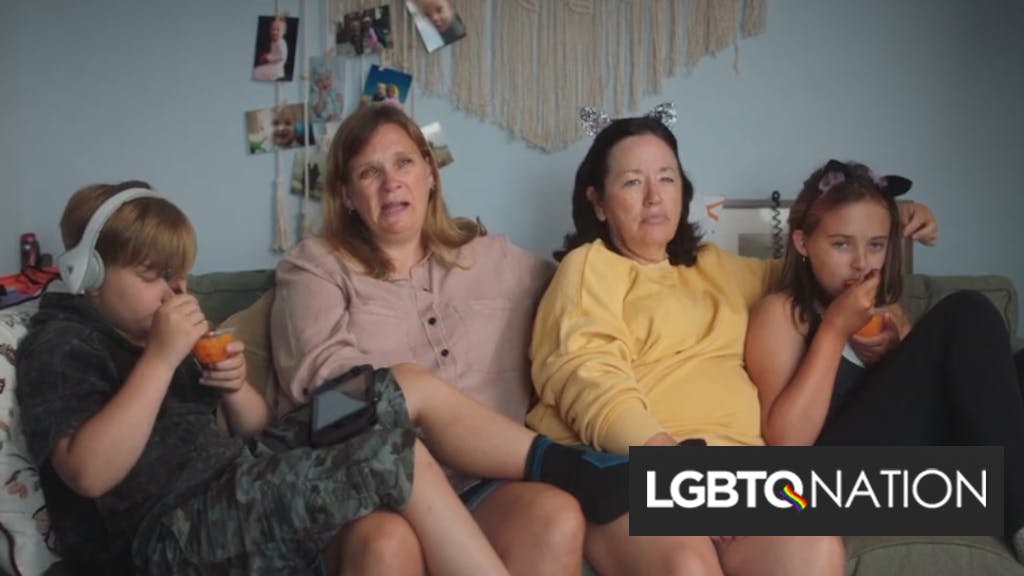 The conservative Christian group is up in arms over a new set of ads from Dole that repeated use the word “fruit bowl,” calling the ads “extremely destructive and damaging to impressionable children.”

The Dole ads, which are literally for bowls of fruit, all revolve around parents spending way too much time with their kids at home because of the coronavirus pandemic. Each ad shows a set of parents who use “fruit bowl” as a substitute for what they really want to say.

Related: Christian activists are ‘outraged’ by the gay wedding on ‘Arthur’

One ad shows a lesbian couple and their two kids. The moms say that they use “fruit bowl” to refer to their children.

“Was it your idea to have fruit bowls or was it mine?” one of the moms says as the kids are screaming at each other in the kitchen.

In another ad, parents use “fruit bowl” in the place of curse words. “What the fruit bowl!” a mom yells as her kids spill juice everywhere.

The last ad in the series shows a couple using the word “fruit bowl” to refer to sex.

“These ads are offensive…. and the fact that children actually appear in the commercials is also disturbing,” said the group One Million Moms (OMM) on its website. OMM is a project of the anti-LGBTQ organization American Family Association.

“All three of Dole’s fruit bowl ads are irresponsible and tasteless.”

“We all know children repeat what they hear,” OMM says, which is pretty much the point of the ads.

The group also has a petition for members to sign that says they will refuse to buy Dole products until the ad campaign is withdrawn.

“I am highly offended by Dole’s ‘fruit bowl’ commercials,” the petition says. “It is an irresponsible marketing campaign to insinuate profanity, use code words for sex in front of children, and degrade the value of children in an advertisement.”

“Foul language, a liberal agenda, and sexual innuendos are not necessary to sell your products.”

They claim to have over 5000 signatures on the petition so far.