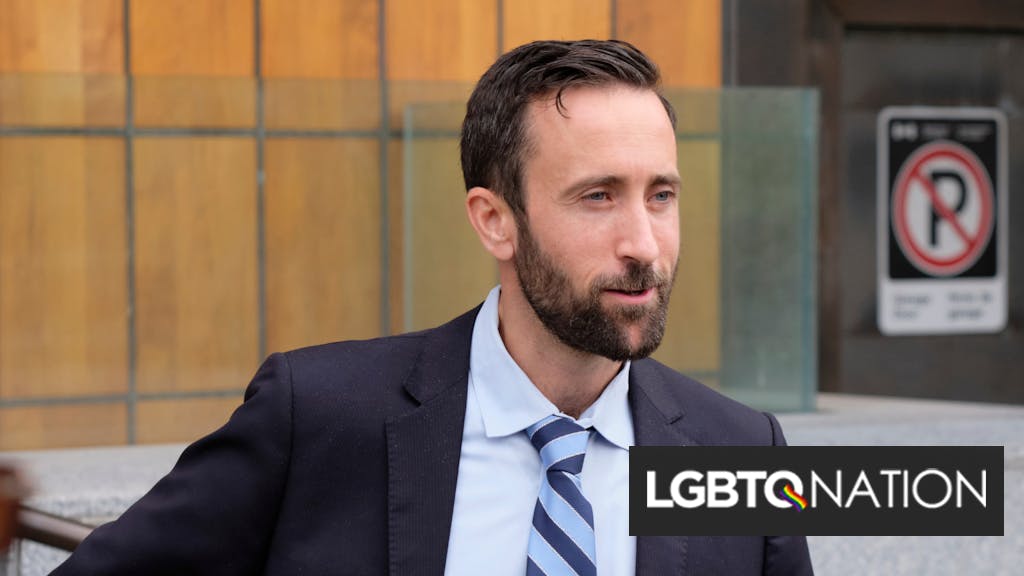 A conservative lawmaker is attempting to fundraise money by signaling support for conversion therapy, instead of against it.

Derek Sloan, an elected Member of Parliament (MP) in Canada, sent an email to supporters attempting to raise funds for his upcoming reelection bid. He was sent to the House of Commons as a representative of Hastings—Lennox and Addington, a district in the province of Ontario, just last year.

Sloan hopes to gather 25,000 Canadian dollars (currently more than 19,000 U.S.), citing a need to bulk up for an unscheduled election that could not happen for another three years. Sloan pleads with supporters, claiming they need him to “protect Canada’s kids” from laws such as the proposed country-wide conversion therapy ban, currently known as Bill C-6.

Without evidence, the MP claims that the law “criminalizes private conversation and — even worse — would contribute to the massive increase we are seeing with little boys and girls who are being chemically transitioned,” and that people against “gender dysphoria” should find this “alarming.”

“We know that the vast majority of kids who feel this way will grow out of it,” he alleges, “but [Liberals] are saying that if you try to help a child feel happy with the body they were born with, you could be guilty of ‘causing a child to undergo conversion therapy’ and be sentenced to up to 5 years in jail.”

Sloan further claims that lawmakers “don’t even want to look into what could possibly be causing a skyrocketing level of gender dysphoria in the first place.”

“They are saying the only thing we can do is ‘affirm’ these children,” his message reads, “through chemical or surgical procedures that have been shown to be irreversible and damaging for many…”

He concludes by noting that other MPs have begun fundraising as well, so his supporters should help him so he’s not “kicked out of the party.”

“You know that I will never back down, no matter the cost,” he concluded.

As is common from the right in America, this characterization of the proposed ban is inaccurate. CBC notes that C-6 “would make it illegal to cause a minor to undergo conversion therapy, to advertise or profit from conversion therapy or to force someone to undergo the practice against their will.”

Kristopher Wells, Canada Research Chair for the Public Understanding of Sexual and Gender Minority Youth and a professor at MacEwan University told the publication that Sloan’s message “are both inaccurate and transphobic.”

“There’s nothing in the legislation, or any conversion therapy prohibition legislation that’s been passed in Canada, that criminalizes private conversations,” Wells states.

The Canadian Psychological Association says there is “no scientific evidence” that conversion therapy works, but plenty that the practice causes harm to LGBTQ individuals.

Sloan’s own fearmongering has changed as the bill comes closer to passing. In April, he claimed it would be a “nightmare” for “teenagers,” not “little boys and girls” as he alleges in these latest emails. He’s also previously suggested that the law would “outlaw prayer,” and that it “amounts to child abuse.”

Unlike in America, however, Sloan’s claims are not shared by the majority of his fellow conservatives (known as Tories).

“[Conservative Party leader] Mr. [Erin] O’Toole believes that conversion therapy is wrong and should be banned, that is why he voted in support of the bill at second reading,” a spokesperson said in a statement. “We will be proposing a reasonable amendment so that all parties can support this important legislation.”

C-6 passed in its second draft form last month in a vote from MPs in support, 308 to seven, making the bill close to becoming law. While O’Toole and others previously suggested that the bill may censor private conversations, most in the Conservative Party voted for this edition of the bill. Sloan was one of the only seven to vote against it.

“[By] donating to my re-election, people can help to ensure my voice remains in Parliament,” Sloan said in a statement to CBC. He intends to make “several rounds” of fundraising going forward.

This is not Sloan’s first anti-LGBTQ instance. He’s previously tweeted that “L-G-B-T-Q is a liberal term” and his belief that homosexuality is a choice, because sexual orientation remains “scientifically unclear.”

Liberals, the party currently with the majority in the Canadian House of Commons, have recently petitioned the Conservative Party leaders to remove Sloan from their caucus – otherwise, they would condone his “racism, misogyny and bigotry.”

Sloan, the first Seventh-day Adventist ever elected in Canada, joined Parliament after the last federal elections in 2019. While it is possible that the current government in session could be dismissed by agreement in a “non-confidence motion” or on the Prime Minister’s recommendation, an election is not guaranteed to happen until October 2023.

Earlier this year, Sloan ran for party leader. He was eliminated on the first ballot, earning approximately 14 percent of the vote.

Derek Sloan could’ve taken his decisive defeat in the leadership race as a sign to be a good backbencher or retire, but seems like the race just emboldened the socon caucus and base. Probably because of the debate between O’Toole and MacKay about it, which got national attention pic.twitter.com/mXpfK81AZS