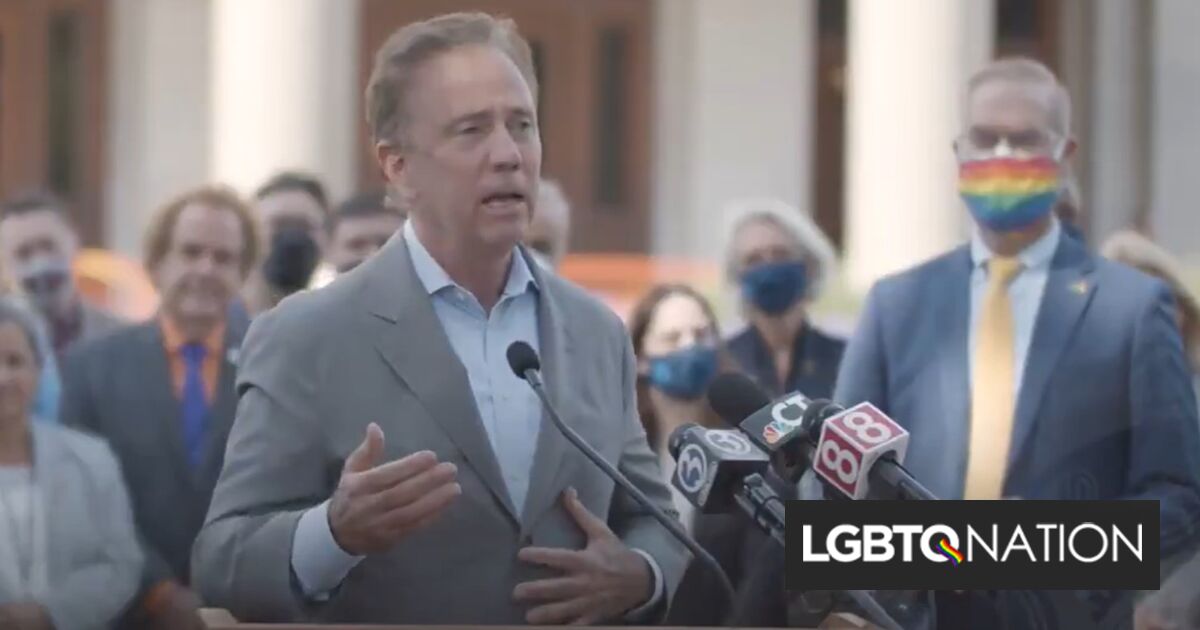 Connecticut’s governor started Pride Month by signing a bill to help LGBTQ families by establishing a better process for non-traditional parents to establish a legal relationship with their kids.

“We had a perfect setting to commemorate the start of Pride Month and show the country how Connecticut leads with heart,” Gov. Ned Lamont (D) tweeted about signing the Connecticut Parentage Act.

We had the perfect setting to commemorate the start of #Pride Month and show the country how Connecticut leads with the heart. I signed the CT Parentage Act, preventing discrimination against LGBTQ+ couples wanting to legally adopt a child.#loveislove pic.twitter.com/YoZuHCxbY3

Florida Gov. Ron DeSantis (R) signed a bill to ban transgender girls from participating in school sports on the first day of Pride Month and quickly followed that by blocking funding for LGBTQ mental health. Dozens of states have considered or passed anti-LGBTQ legislation in just the first few months of this year.

But Connecticut advanced LGBTQ equality this week when the governor signed a bill that creates a clear path for parents without a genetic link to their children to establish legal parenthood.

The law ensures that both same-sex couples and opposite-sex couples who use assisted reproduction methods to have children have the same rights, and it establishes rights for surrogates.

“An individual who consents to assisted reproduction with the intent to be a parent of a child would be treated by law as a parent,” said Yale Law professor Douglas NeJaime at the signing ceremony. He wrote a draft of the bill and led the clinic at Yale Law School that provided research into state parenting law to make it work.

“Non-biological parents can secure their parentage at the moment of their child’s birth. In the hospital, they’ll be able to sign acknowledgments of parentage — a simple administrative form,” he explained.

The process for second-parent adoption in the state was called “demeaning” in the past, according to the Connecticut Mirror. Connecticut was the only state in New England without a law that established a process for non-biological parents.

“Connecticut is now a leader in the law of parental recognition,” said NeJaime. “No longer will LGBTQ parents and other non-biological parents in Connecticut need to engage in the costly, time-consuming, and insulting process of adopting their own children.”

“The formation of a parent-child relationship does not turn on a biological connection. State law now protects children’s relationships with the individuals who are doing the valuable work of parenting.”

Democrats in the state legislature celebrated the passing of the bill.

“It is a true privilege to have so many allies in the General Assembly and in the building behind us today,” said out state Rep. Jeff Currey (D), adding that the LGBTQ caucus in the legislature is “small but ever so mighty.”

The bill passed the state house earlier this year in a 141-1 vote, with only state Rep. Mark Anderson (R) voting against it. The state senate passed it unanimously.

GLAD made a video to explain and advocate for the law.