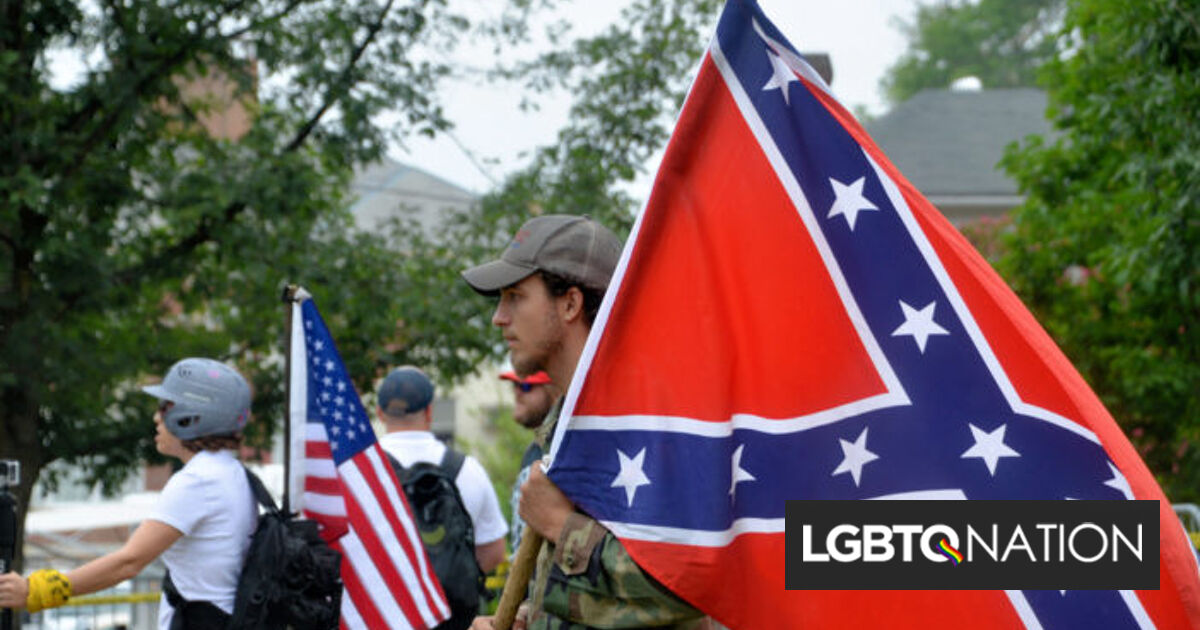 A far-right extremist and candidate for Congress has begun advocating for claiming that white people “should remain a majority” and that he will “mitigate” the “Jewish power in America” if he is elected.

Michael Sisco, who is running to represent West Virginia’s second district, is Orthodox Christian and an ex-Trump campaigner. He has denounced the “rabid LGBTQ agenda” and promised to “push legislation that seeks to incentivize marriage and family” modelled only after the “nuclear family.” Still, former President Donald Trump endorsed one of his opponents for the seat he’s seeking, and Sisco has only ramped up his extremist rhetoric since.

Related: Turns out a popular anti-trans QAnon influencer is just an evangelical zealot from Florida

Sisco already pledged in his campaign announcement in November that he will “go farther than… eliminating anti-White propaganda” if elected. This week, Sisco began advocating for further action to protect white supremacy in America in an appearance on the Full Haus podcast.

The pro-white nationalist podcast is hosted by Matthew Q. Gebert, a former Trump administration State Department official, under a pseudonym, according to extremist blog Angry White Men. Gebert was fired after reporting showed he had cheered the Christchurch Massacre in New Zealand and deemed it a pro-white “revolt.”

His co-host on the podcast is allegedly Michael McKevitt, according to HateWatch, behind a pseudonym as well — “Potato Smasher.”

On the episode Sisco guest appeared on, Gebert opened the show with a monologue alleging a “widespread belief that there is no political solution for our problems,” which referenced the “there is no political solution” narrative adapted by white nationalist movements to advocate that violence is an inevitable necessity to furthering their agendas.

Behind the pseudonym “Coach Finstock,” Gebert shared that a “certain group of German patriots… once decided that political revolution was the path to victory as opposed to armed revolt,” referring subliminally to the rise of Nazism.

Afterwards, Sisco said, “You did mention German patriots. I did adopt a cat this week. I named it Eva Braun.” Braun was Hitler’s mistress who he married before committing suicide.

Sisco promoted many conspiracy theories on the show, such as the “great replacement” theory alleging a conspiracy seeking to stop white people from having children so they can be “replaced.” Sisco pledged his policies will “incentivize us to get married and have children,” which he considers the “best weapon that we have against the globalist elite.”

Throughout the episode, Sisco, Gebert and McKevitt denounced the “Chinaman” and Jewish people as the “global elite” they hope to stop. Gebert read a quote from Hitler’s manifesto Mein Kampf, and then asked Sisco what he would do if he became  “supreme dictator of these Disunited States of America.”

He pledged, in part, that he would “deport all the illegals” and “dissolve Congress,” the very body he’s running to join. He would then replace Congress with a “hereditary senate” instead. (In 2019, Sisco made headlines for claiming that America should implement a “monarchial system” which would persuade Jewish people to leave the country.)

Sisco then addressed “Jewish power and influence,” saying, “I think we need to be cognizant of it and direct our policy decisions to mitigate it.” He added that Jewish people have to be “converted” to Christianity in order for them to receive “salvation.”

He also claimed, “We’re a country that was founded by white people, for white people. Certainly we should remain a majority and we should dictate the terms of our future.”

Sisco is one of three candidates in the race to earn the second U.S. House seat in West Virginia, which now only has two seats. The current seat holder, Rep. Alex Mooney (R-WV) is being challenged by the seat holder for the soon-to-be-defunct third district, Rep. David McKinley (R-WV).

After Trump gave his much-coveted endorsement to Mooney, Sisco complained on Gab that he “attended two Stop The Steal Rallies in Washington D.C. prior to January 6th,” while his “opponents were nowhere to be seen.” Still, he has declined to drop out before the primary.

Instead, he’s committing to a further far-right agenda, including the “fight against the rabid LGBTQ agenda and anything else that seeks to weaken and dismantle the traditional family structure.” In June, Sisco supported an effort to “#ReclaimtheRainbow” in response to Pride month celebrations, which he called the “glorification of sodomy.”

After his appearance on the Full Haus podcast became known online, Sisco did not shy away from his appearance on the platform and endorsement of much of their agenda. “I’d go on your podcast too,” he tweeted in response to a tweet made by extremist reporter Jared Holt. “What’s it called again? Sh!tPosting or something?”

After getting followed on Twitter by an extremism researcher from the Southern Poverty Law Center, he bragged on Gab that the interview on the podcast is “why the SPLC has taken a sudden interest in me.”

Sisco tweeted that “Ironically[,] it wasn’t my most agreeable interview” and that he’s “sure” it won’t be “reflected” well in “hit pieces” reporting it. “Just to be clear. I’ll go on any show, far left, far right, or anything in between,” he also tweeted.

In a later tweet, Sisco denounced a protest in Russia against anti-LGBTQ laws, writing that they were the “Types of protests that encourage more anti-lgbtq legislation.”

Michael Sisco, a far-right candidate for office in West Virginia who expressed affinity for making the US a monarchy, appeared on a neo-Nazi podcast (left).

“Full Haus” uses the “14 words” neo-nazi slogan to describe itself on its “About” page (right) pic.twitter.com/HoRFTgp0ob

It’s because I went on a TRS podcast lol I knew it was coming….ironically it wasn’t my most agreeable interview. Which I’m sure won’t be reflected in the hit piece.

Just to be clear. I’ll go on any show, far left, far right, or anything in between.