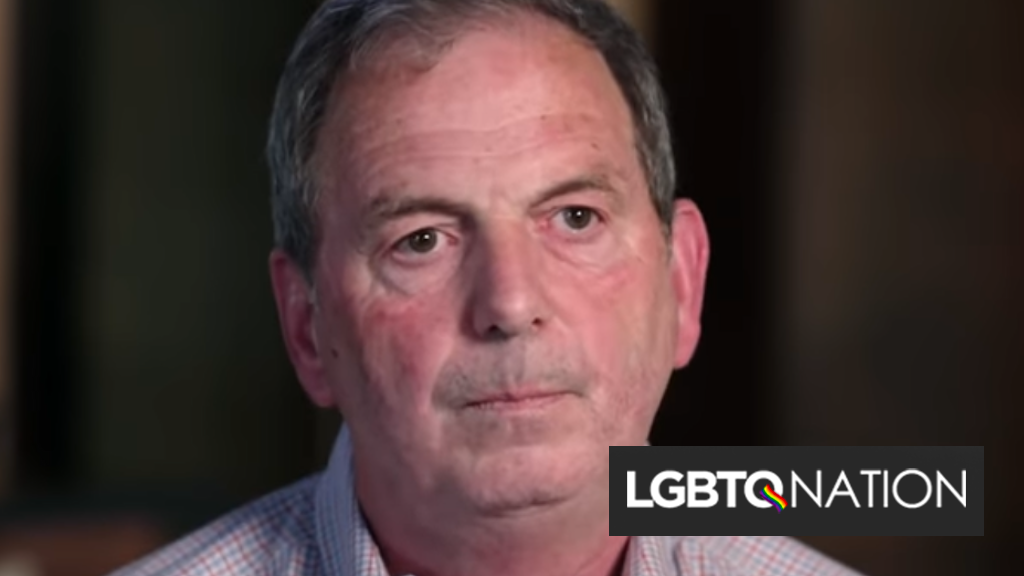 John Weaver, an anti-Trump conservative that co-created the Lincoln Project political action committee, has admitted to sending inappropriate, sexually-explicit messages to several men. He has apologized, and publicly come out for the first time.

“The truth is that I’m gay,” Weaver said in a statement publicized on January 15. “And that I have a wife and two kids who I love. My inability to reconcile those two truths has led to this agonizing place.”

Related: GOP congressman calls on Christian leaders to repent for lying to congregations about Trump

Weaver is a right-wing figure that was well regarded in political circles, having been considered one of the closest aides to the late Sen. John McCain (R-AZ), and known for working for several other conservative or moderate Republican figures during their statewide or national electoral pursuits, including the late President George H.W. Bush, Tom Loeffler, Rick Perry, John Huntsman, and John Kasich.

When Kasich ran for President in 2016, Weaver was considered his most visible staffer. Politico called him an “elite operative” and considered him “among America’s most celebrated political consultants” in a 2015 profile on his expertise in “the business of political seduction.”

In 2019, he spelled other centrists or otherwise right-leaning figures into forming the Lincoln Project in an effort to prevent President Donald Trump (R) from earning reelection. George Conway, the now ex-husband of Trump aide Kellyanne Conway, was among the total of eight co-founders that came together to form the PAC.

They became the leading advocates of the “Never Trump” movement, which represented voters or politicians that considered themselves Republican, but refused to support Trump or his agenda.

But on January 9, investigative journalist Scott Stedman, the founder of Forensic News, shared some of his experiences corresponding with Weaver. “He [direct messaged] me and said he had ‘advice.’ He then proceeded to tell me how ‘hot’ I looked, and commented on my profile picture and my hair,” Stedman said in a series of tweets, sharing screenshots from some of their private exchanges.

Following that, whispers of the 61 year-old twice-married father of two’s behavior toward younger, early-career men came to light.

Stedman said that he immediately started receiving messages from others subjected to Weaver’s behavior. By January 15, Stedman reported in a Forensic News article that he had heard from at least 30 men and teenagers — some as young as 19 — “who allege a pattern of sexual harassment” and unsolicited sexual advances, mostly via Twitter or email.

One day, he DM’d me and said he had “advice”. He then proceeded to tell me how “hot” I looked and commented on my profile picture and my hair. He started calling me “my boy”. I found it deeply uncomfortable.

I’m telling this story because I know there are more people who endured this kind of grooming with many more explicit details. As the Lincoln Project continues to grow financially, I felt compelled to share.

According to Stedman’s report, Weaver allegedly tried to lure the men into sexual relationships by sending them “unsolicited” explicit pictures via email, providing transportation around the country to meet him, inquiring about their sexual experiences, and offering jobs to those with political ambitions.

Weaver allegedly told one 21 year-old “we are going to have fun too… in addition to mentorship.” He also allegedly requested that another man give him a massage, and then made unsolicited allusions to oral sex to him.

Donald Trump, Jr., not one to miss an opportunity to discredit his father’s political opponent, began amplifying the accusations as they spread online. Soon, people began demanding a full investigation of Weaver’s behavior from the Lincoln Project, which has fundraised at least $87 million dollars since its inception.

“The number of gay men I know who have a ‘John Weaver DM’d me and made me uncomfortable’ story is astounding,” New York Magazine and HuffPost contributor Yashar Ali tweeted.

Subsequently, Weaver told Axios that he will no longer work with the PAC. He stressed he viewed the interactions as “consensual” and “the other smears being leveled at me by Donald Trump’s enablers… are categorically false and outrageous.”

“To the men I made uncomfortable through my messages that I viewed as consensual mutual conversations at the time: I am truly sorry,” Weaver said in a statement provided to Axios. “They were inappropriate and it was because of my failings that this discomfort was brought on you.”

“For too long I have tried to live a life that wasn’t completely true, where I cleaved off an important part of myself in order to maintain what I thought was happiness and normalcy in the other part,” Weaver stated. “I was lying to myself, to my family who gave me nothing but unconditional love, and to others, causing a great deal of pain to all.”

The number of gay men I know who have a “John Weaver DM’d me and made me uncomfortable” story is astounding. An overwhelming number of men have been made to feel this way. https://t.co/4jIHB0gGbj

The Lincoln Project dropped millions of dollars on ads to convince swing voters to choose eventual winner Joe Biden (D) over Trump leading up to the November election. They earned millions of followers online after constantly engaging in back-and-forths online with Trump via Twitter.

Their efforts have been praised as potentially swaying votes in Biden’s favor in the election, and for innovating political engagement in the digital age.

Just earlier this week, the PAC released its latest ad, “praising” Vice President Mike Pence (R) for how he has clung to Trump through all of the president’s crisis and scandals.

With that praise has come backlash and criticism, with some highlighting the co-founders’ history of working on behalf of right-wing, anti-LGBTQ politicians, including in the George W. Bush administration. Late in 2020, fellow co-founder and political strategist Rick Wilson was heavily scrutinized over years-old photos of him showing off Confederate memorabilia, after an ad by the PAC that linked Trump to pro-Confederate people.

The Lincoln Project has yet to respond to the revelations, but they removed mention of Weaver and took down their founding team page from their website.

Many online criticized Weaver for taking this opportunity to come out, similar to the criticism actor Kevin Spacey received when he came out amidst denying multiple sexual assault accusations.

There are still questions that need to be answered; if he or the Lincoln Project committed any additional wrongdoing, I am confident it will come to light.

John Weaver gives the Kevin Spacey defense that he’s gay. Refuses to take ownership of the fact that he reached out to men 40 years younger than him and said he believed it was consensual.https://t.co/Fifq7NAcwU

Furthermore members of the Lincoln Project were made aware of his behavior several months ago and complete ignored it.