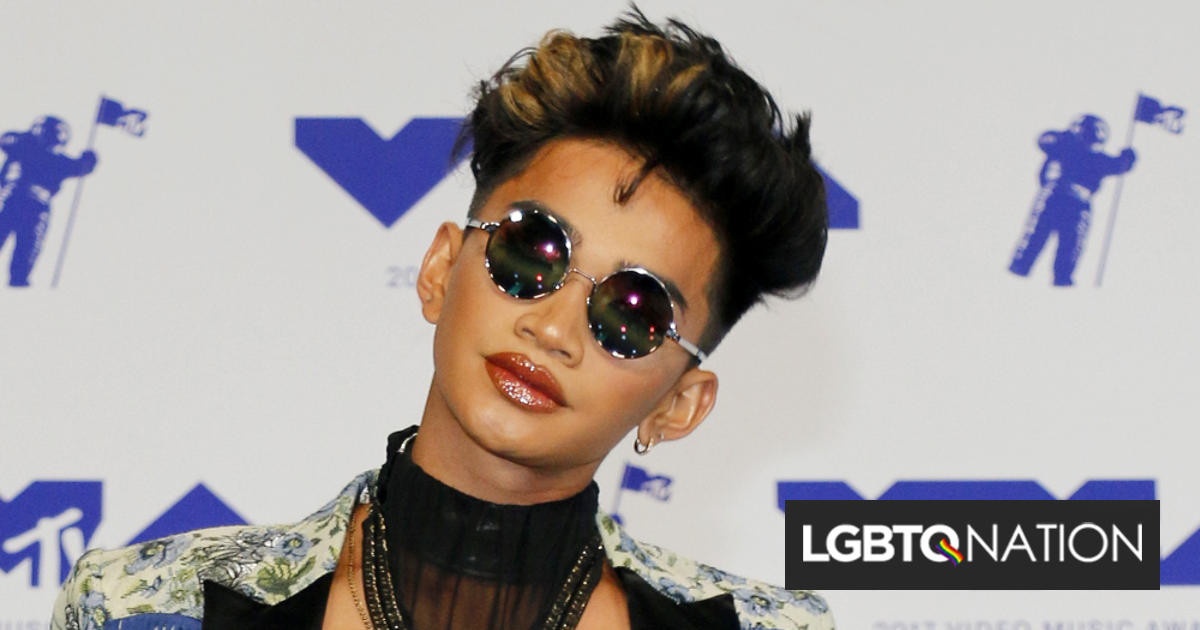 Conservative Christians are outraged at Playboy magazine for putting a gay man on the cover of this month’s issue for the first time ever, saying that Playboy is now promoting “sexual degeneracy.”

Conservative Christian activists are speaking out against the magazine, saying that it degraded women by featuring pictures of naked women, and it’s now degrading women even more by not featuring a picture of a naked woman on the cover.

“Playboy has gone from degrading women to erasing women,” said Jennifer Roback Morse of the anti-LGBTQ and Christian Ruth Institute.

“Playboy Mexico had a man who says he’s a woman on the cover last year,” she said, misgendering trans woman Victoria Volkova. “Now they have a self-described gay man on the cover. Evidently, men are better at being a woman than a woman is.”

Brown said that Playboy degrades women even when it puts a gay man on the cover because it wants to seem “racy enough.”

“Playboy had helped swing the door wide-open, and what followed was a flood of ever-degenerating filth, often at the primary expense of women,” Brown said.

He said that he hopes “American people, including Rock” – who is not American – will “learn to celebrate a healthy sexuality within the bonds of marriage, one man and one woman together for life, as intended by God.”

Morse said that looking at pornography intended for straight men, looking at gay YouTubers in revealing outfits, and “defying the gender binary as the radicals like to call the differences between male and female” are all really the same thing: “the Sexual Revolution [as] a unified ideology.”

“People initially embrace the ideology because it furthers some specific sexual interest or proclivity of their own,” she said. “But once they’ve embraced the ideology, many people will hang on to every part of it, even the parts that are superficially unrelated.”

Rock isn’t the first man on the cover of Playboy; straight male celebrities like Bruno Mars, Donald Trump, and Burt Reynolds have appeared on it with women. Hefner appeared on the cover of the magazine solo, and earlier this year the musician Bad Bunny did as well.

Playboy published articles for most of its history, often portraying men as daring, accomplished individuals while women were objects for consumption. Feminist Gloria Steinem once said, “A woman reading Playboy feels a little like a Jew reading a Nazi manual.”

But Rock’s cover image isn’t like those of previous men who were on the cover as aspirational images for the largely straight male audience. Wearing the iconic Playboy bunny outfit, the magazine said that the intention was to portray him as “sexy.”

For himself, Rock said that it’s “surreal” to be the first gay man on the cover of the magazine.

“For Playboy to have a male on the cover is a huge deal for the LGBT community, for my brown people community and it’s all so surreal,” he said.

On Instagram, he posted a picture of himself in the bunny outfit “to piss off more straight men, if you’re pissed Bc I turn you on then- say that geez.”