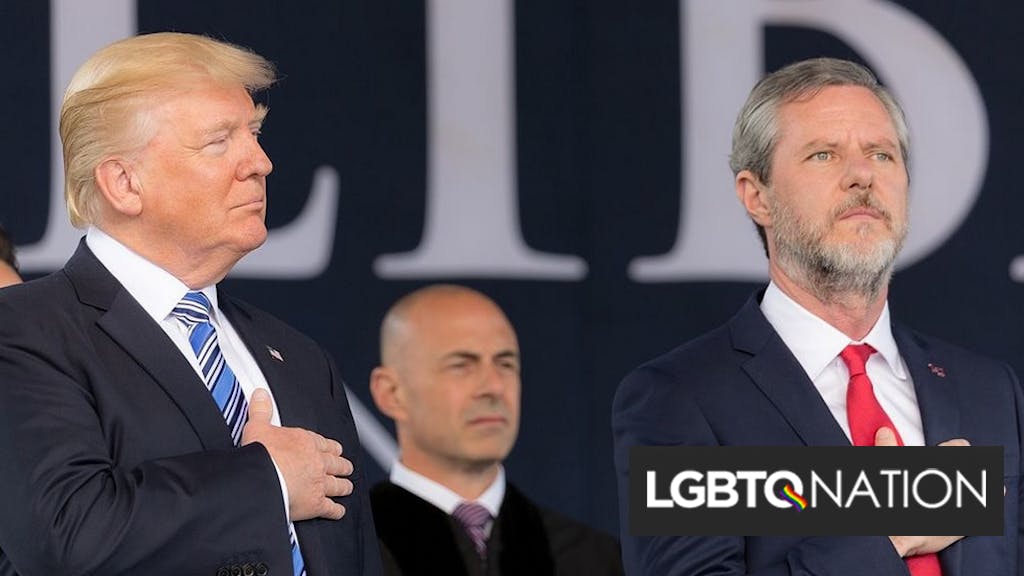 A bipartisan Christian super PAC has announced a major ad buy in battleground states that targets Catholic and evangelical voters.

The blistering spots condemn President Donald Trump for using Christianity as a weapon and political tool.

Not Our Faith will spend six figures, airing the spots on television and online in Michigan and Pennsylvania.

Trump eked out a victory in both states in 2016 and rightwing Christian voters overwhelmingly supported his decidedly un-Christ-like campaign.

“Christians don’t need Trump to save them,” the ad opines. “The truth is that Trump needs Christians to save his flailing campaign.”

“Trump eked out 2016 with unprecedented support from white evangelicals and, important to note, a really strong showing among Catholics. We’re going after all of it,” Michael Wear, a former faith adviser in the Obama administration and an advisor to the PAC, said. “We think Christian support is on the table in this election.”

The ad says Trump “has used Christianity for his own purposes” and shows images of the President holding up a Bible after gassing peaceful protestors outside of the White House, televangelist-turned-White House advisor Paula White, and disgraced evangelical leader Jerry Falwell Jr.

“Mr. President, the days of using our faith for your benefit are over,” the narrator of the ad says at the end. “We know you need the support of Christians like us to win this election, but you can’t have it. Not our vote. Not our faith.”

“And I’m a little bit puzzled that some leading figures on the religious right can look at somebody who has the track record that this president has on everything from the boasting about sexual misconduct to the payoff to somebody he’s having an affair and believe that that person ought to be the moral as well as the political leader of this nation. To put it mildly, it seems inconsistent.”