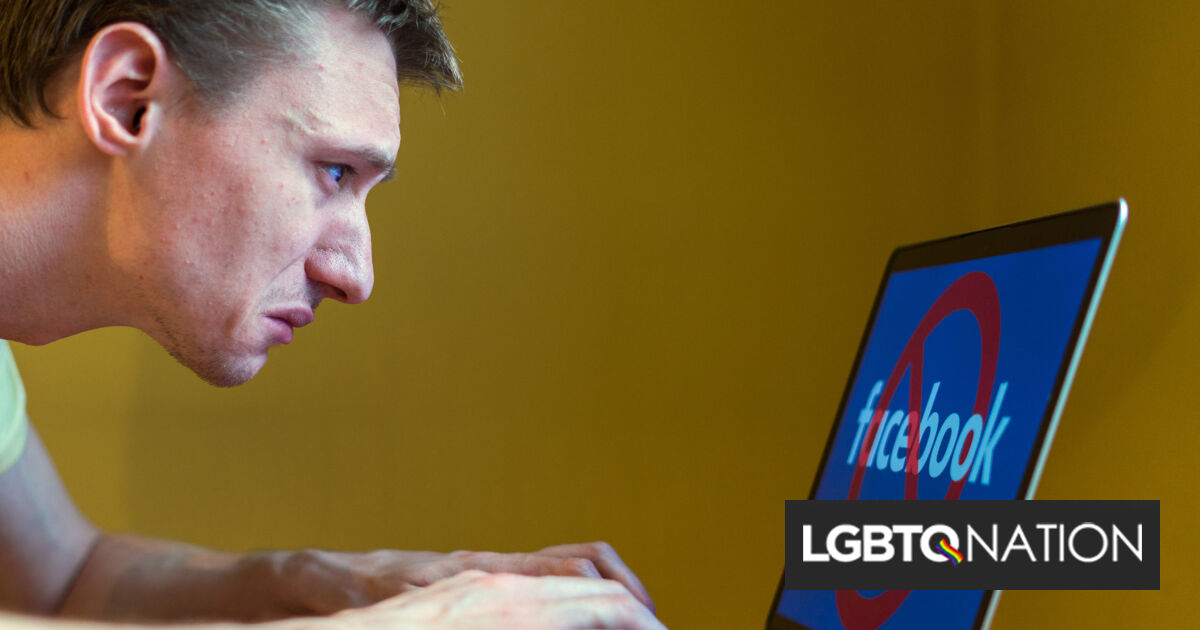 The anti-LGBTQ website LifeSiteNews has been banned from Facebook because posts to the site consistently violated the social network’s COVID-19 disinformation policies.

Facebook confirmed to the Religious News Service that it banned the Facebook page from the site and removed at least one story from the social network, but did not give specific details further explaining the ban. It’s not immediately clear if all LifeSiteNews links will be removed when posted or if they can still be posted.

“We have removed this page for repeatedly violating our COVID-19 policies,” Facebook said, pointing to an April article that the company said is “vaccine discouraging information” that spreads “false information about COVID-19 that could contribute to physical harm.”

The article is entitled “COVID vaccines can be deadly for some,” which was a reposted article from a previously published anti-vaccine post. Both posts linked the deaths of people to vaccines they had gotten recently, and claimed in its subtitle of the April repost that there are “many cases of people who got COVID-19 and survived, only to die soon after receiving their COVID vaccine.”

LifeSite has claimed, for its part, that it is “permanently banned” and “gone for good” from Facebook and said this is “another case of Big Tech silencing free speech on their platform.”

LifeSiteNews is managed by the Canadian-based Campaign Life Coalition, which first organized it in 1997.

In addition to hosting several far-right writings, LifeSiteNews often hosts “petitions” on behalf of anti-LGBTQ causes. The “petitions” typically are a page of their website (and/or an affiliated website) that is a simple form asking for a person’s name, email, and location as a “signature.” Anyone can fill out the form with whatever information they choose, there isn’t a public list of “signees,” and the “signee” subscribes to receive emails from LifeSiteNews unless they manually opt-out.

In 2019, the site ran a petition “begging for help” in order to block Hallmark from even considering the production of a movie with LGBTQ characters as the love interest, after an LGBTQ Nation article suggested the channel should consider making one.

Media Matters, GLAAD, the Human Rights Campaign, and NARAL issued a statement in support of the decision. They noted, however, that “years of hate speech and disinformation weren’t enough to push Facebook to make a decision that was long overdue.”

They also point out that the company has at least three other Facebook pages currently active on the site.

This week, Facebook permanently banned right-wing site LifeSiteNews, one of the most prominent purveyors of anti-LGBTQ and anti-choice extremism, for repeatedly spreading COVID-19 & vaccine misinfo. While it was a step in the right direction, it should have happened years ago.

Responding, @MMFA, @GLAAD, @HRC, & @NARAL said: The burden of addressing disinfo, hate speech, & extremism should fall squarely with Facebook at the point of posting, not from watchdog organizations & pressure from advocacy groups after content has already been live & caused harm

That it took half a dozen advocacy organizations to finally get @facebook to ban the site is ridiculous.