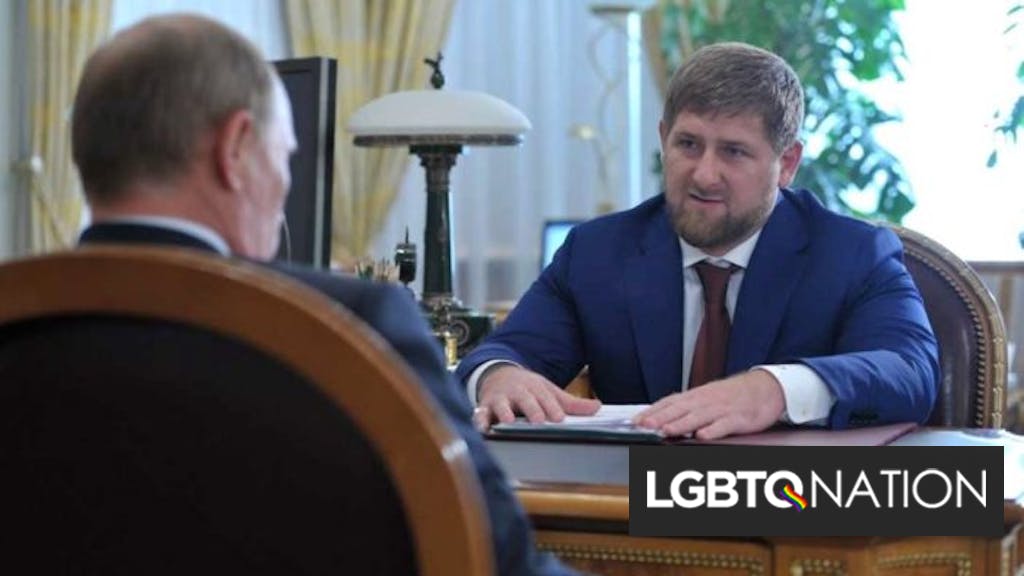 Ramzan Kadyrov, head of the Chechen Republic, has been rushed to a Moscow hospital with symptoms of coronavirus infection. Chechnya is part of the Russian Federation and Kadyrov was installed by Russian President Vladimir Putin.

Kadyrov has overseen a horrific “purge” of LGBTQ people in the past few years. Gay men and transgender people have been tortured and murdered at the hands of authorities.

Related: He escaped Chechnya’s anti-gay violence. Until his father helped police kidnap him.

“Ramzan Kadyrov has been brought to Moscow by plane with suspected coronavirus. He is currently under medical observation,” a source confirmed to the Russian news outlet Tass.

Chechen authorities — most of whom are former military members who serve as the Chechen leader Ramzan Kadyrov’s secret police force — often detain suspected queer men under the pretense of drug charges. Police then examine the men’s phone contacts for other suspects, using torture to get as much info as possible.

A 31-page report released in August 2017 by the Russian LGBT Network said torturers use “electrocution, beatings, starvation, dehydration, isolation, forced nudity, homophobic insults and misgendering” to punish detainees, confiscating their personal belongings and only allowing them to sleep three hours a day on cold concrete floors. The men are not allowed to bathe or use toilets and they receive no medical care.

Witnesses say these detainment and torture sessions have occurred in four military camps and police station basements. There’s no mechanism to hold police responsible for their actions. Filing a complaint makes one a future target for police harassment and violence.

Women have been caught in the crackdown too, though they’re often left to their families be abused, imprisoned or killed. Chechen authorities subscribe to the Stalinist idea of “shared responsibility,” blaming families for raising “public enemies” and punishing them if they don’t help persecute and murder relatives in so-called “honor killings.”

Families can also be imprisoned, harassed, jailed, blackmailed or killed if their suspected LGBTQ family members flee the region.

Chechnya’s anti-LGBTQ crackdown has occurred in four waves: The first lasted from December 2016 to February 2017, the second from March 2017 until May 2017, the third began June 2017 and the fourth began in December 2018.

At least 27 people are believed to have died in the crackdown. The Russia LGBT Network has helped approximately 119 gay and bi men escape the purge and flee to Moscow, Canada Lithuania, France, and Germany.