Chasten Buttigieg gets blunt with Fox News during live interview 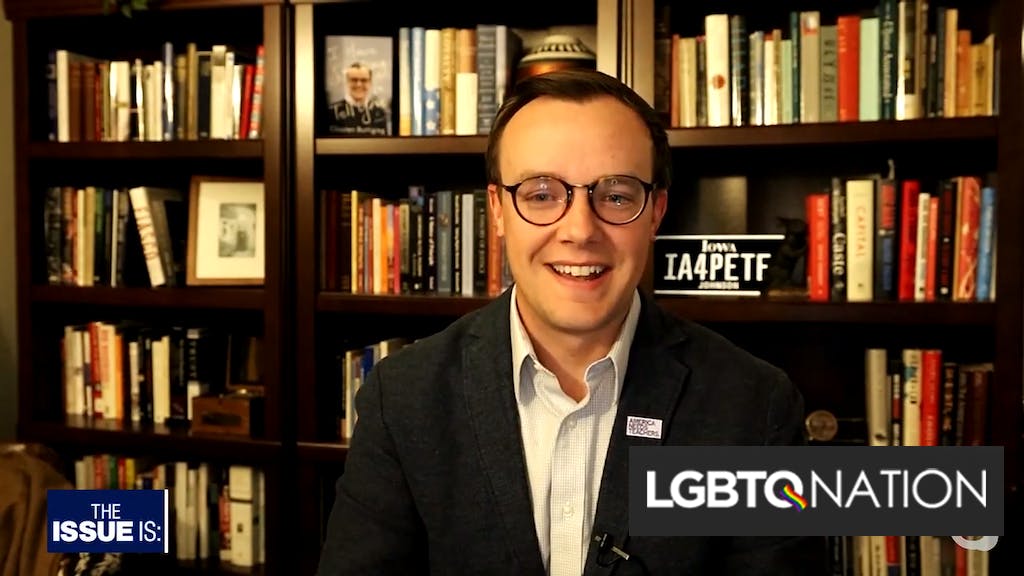 Throughout the Democratic presidential primary process, Chasten Buttigieg was the most visible and outspoken spouse. Even Dr. Jill Biden couldn’t outshine out candidate Pete Buttigieg’s husband when it came to social media and news bites.

Since his husband dropped out of the race, Buttigieg, a school teacher, has remained a powerful and generally cheerful voice for the Democrats. So when he described Donald Trump in blunt terms during an interview with an LA Fox News program, people took notice.

Related: Pete Buttigieg has completed his transformation from gay geek to scruffy stud

Speaking with Elex Michaelson shortly after Kamala Harris was nominated to be vice president, Buttigieg sharply contrasted the two politicians when it comes to LGBTQ rights.

“As a teacher, I’m always thinking about what my kids are seeing,” he said. “I hope soon they’ll be seeing an empathetic, compassionate, loving Vice President like Kamala Harris speaking on the television and not a bigoted, homophobic president like the one we have in the White House right now.”

“Well, that’s pretty pointed right there,” Michaelson replied. “What do you see is the big differentiator between a Trump/Pence administration and a Biden/Harris administration?”

“I guess the differentiator is one administration would believe in LGBTQ+ people and the other doesn’t,” Buttigieg replies before urging viewers to go to Biden’s website to see his policy positions on LGBTQ rights. “But it also starts with leadership. What I want to see – and what I want to see for other people who identify as LGBTQ is a President who actually cares.”

“You know, I want young kids, I want my students, to look at the White House and see an administration that sees their worth and their dignity. I don’t want any more of what’s coming out of this White House which won’t even name things like the violence directed toward Black trans women.”

“You know,” he continued, “there could not be a bigger difference between a Trump/Pence administration and a Biden/Harris administration.”