Looking back, the signs were there from day one: Charlotte Church was always going to be a bit of a gay icon.

“I have been – quite visibly – a very working class girl and woman, who was just trying to figure some f**king shit out, made lots of mistakes, had some chaotic times and made some terrible choices,” she tells PinkNews.

“And I’m still here. Maybe people could just see themselves in that journey of starting to understand yourself and being a bit f**king chaotic.”

From a youth spent in the gay bars of Cardiff (where her aunt sang cabaret), to her debut album Voice of an Angel (“it was so camp,” she laughs). From timeless bangers “Crazy Chick” and “Call My Name”, to her current project Late Night Pop Dungeon, LGBTQ+ lives and LGBTQ+ people have been a big part of Charlotte’s life.

“I’ve always felt so comfortable amongst the queer community, because that’s what I was brought up in,” she says.

“It’s a different world of creativity and fabulousness and expression and I’ve definitely been taught over the years about how to feel more free within myself and to be able to let go and not be so self conscious.” 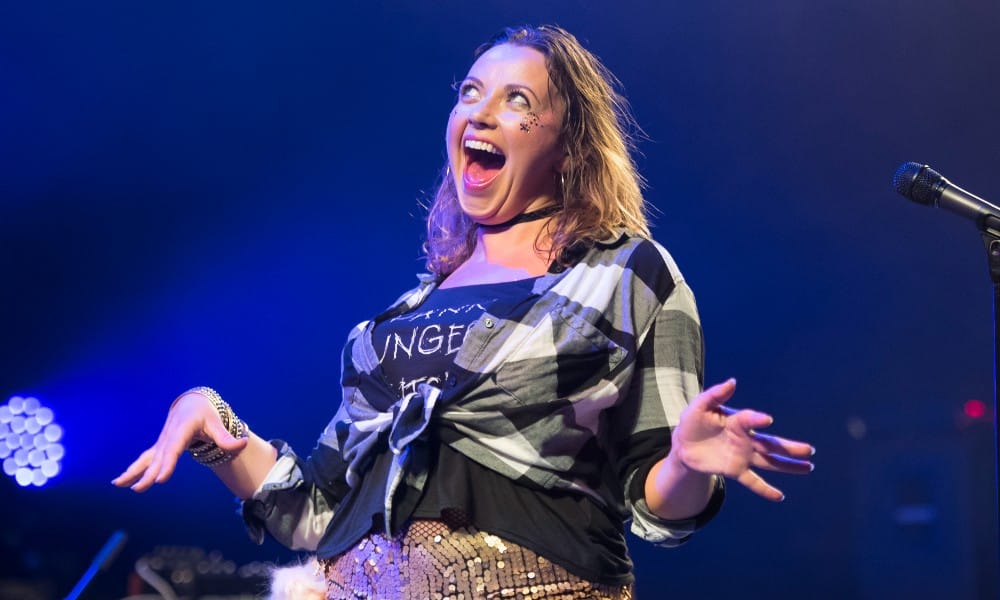 But even Church admits she had her perceptions challenged in recent years when debate over queer and trans lives became increasingly toxic in the UK, as individuals and groups sought to divide the TQ+ from the LGB and stoke hatred towards trans people.

“I’ve been taught a lot about trans voices and trans women,” she admits, saying that as discussions around trans lives grew ever louder, she initially felt “a defence of womanhood”.

“I’m a huge supporter of trans rights and everything that has happened in the last couple of years, but I’ve also been on a journey myself with it.

“I wasn’t sure at the beginning, and there was a defence of womanhood that I felt, but over time, and as I’ve heard more trans people speak, and as I’ve researched myself, I understand a lot more now.

“It’s to my benefit as a human to break down some of those preconceptions or be more porous to the world.”

And Church says she’s “thankful” for having her perceptions challenged.

“What I’ve learned is that my sense of identity is made up of a myriad of different things,” she adds. 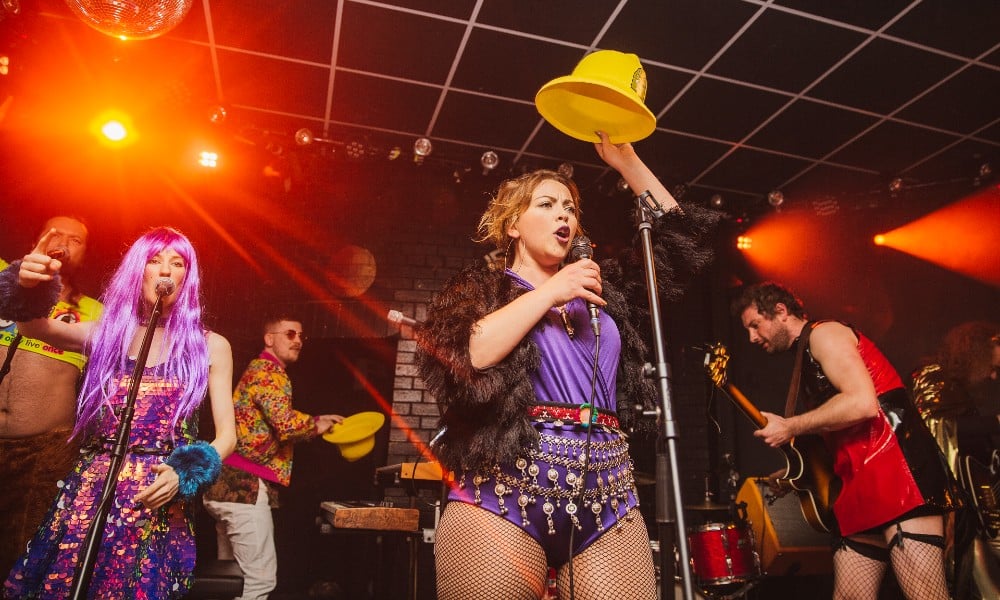 Charlotte Church has a message for the Tory government and it’s really quite simple: “I’d tell them to mind their f**king business and stop putting laws on people’s bodies.

Under the Conservatives, the UK is now in a place where people are struggling to afford to pay their energy bills, food banks are on the rise and even nurses are going on strike.

So it’s a tough time for someone like Church to be going on tour, trying to convince people to get off their smartphones, out of their houses and go to her winter Late Night Pop Dungeon tour – a mix of a club night and huge cabaret show, where she takes centre stage.

“These last couple of years, it’s been pretty f**king heavy to be human,” she says.

“Whether it’s mental health issues everywhere you look, people who are just completely addicted to their tech, climate crisis, austerity, world politics. At different times, the Pop Dungeon has such a balm for all of us.

“It’s just this total explosion of magic, joy and naughtiness.” 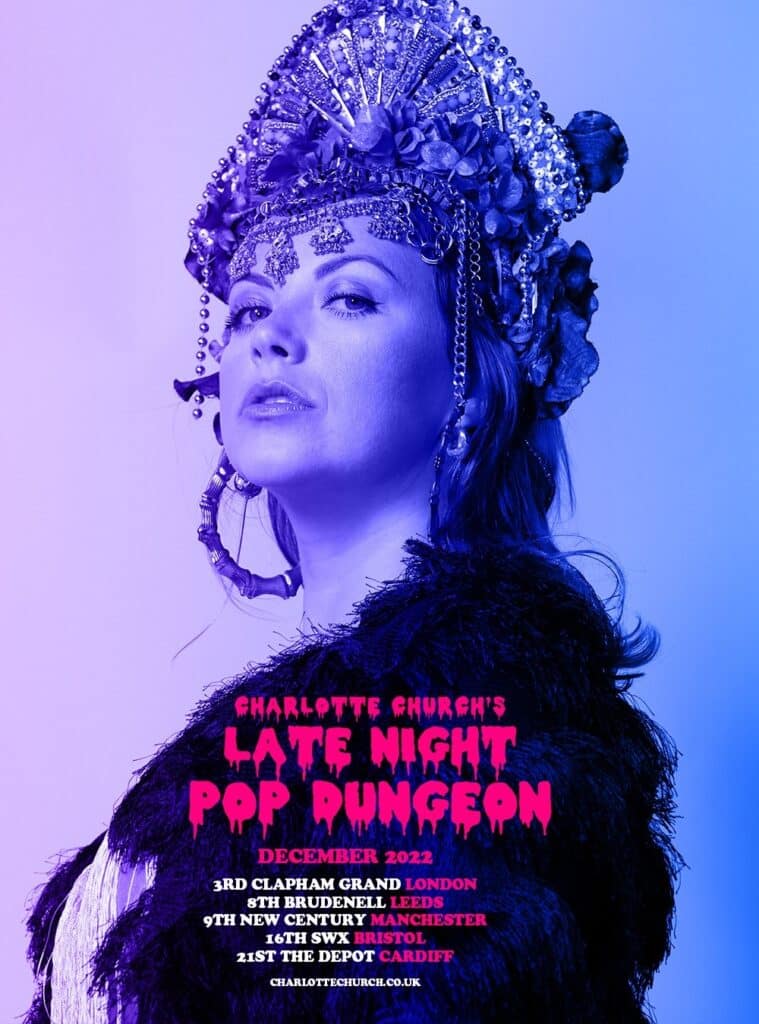 But when it comes to nightlife during a cost of living crisis, she admits things are “complicated”.

“I wouldn’t lose the music, whether that’s dancing at home with your friends – even if you can’t afford any booze.

“We’re supposed to be quieter a bit more reflective at this time of year. But just be creative in how you think about coming together.”

‘We are just so overstimulated’

Late Night Pop Dungeon has taken Charlotte Church from “chin-stroking” festivals to Pride events across the UK, and, like the singer herself, it’s become a firm queer favourite.

But despite the world falling in love with Church’s ‘f**k it or f**k you’ attitude, she now lives a slightly calmer life in Wales, and recommends we all take steps to protect ourselves in these increasingly challenging times.

“We are not adapted to this modern way of living,” Church says – admitting she avoids the news and social media, only hearing what her partner passes on.

“We are not adapted to be constantly stimulated, our nervous systems are f**ked because of it, and we need to figure out how we stop and rest.

“It’s f**king loads of us up with anxiety and depression and addiction, whether that’s to phones, whether it’s to booze, you know, where we are just so overstimulated.

“We need to just be gentle. Allow more of that divine feminine stuff to come through, which is all about softness, opening, gentleness and slowness.

“That’s what the whole world needs.”