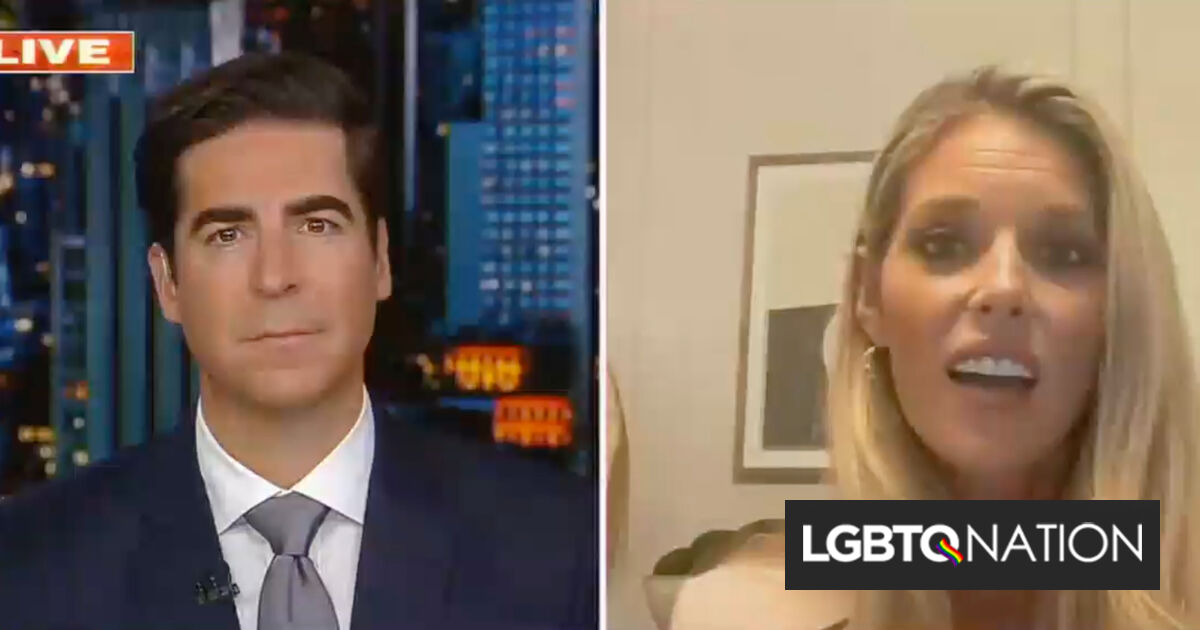 Boller is among the anti-LGBTQ parents, activists, and school board candidates who have been protesting TransFamily Support Services’ upcoming Boo Bash, which will feature a Disney villain-themed drag show. The event first made waves late last month when a flyer for the family-friendly celebration appeared on the Encinitas Union School District’s third-party community events platform.

Boller has been making the rounds on conservative outlets criticizing the school district for approving the flyer.

“Every single one of these board members, we called them out for exactly who they are. They’re groomers,” Boller said on a Thursday’s episode of Fox News’ Jesse Watters Primetime. “In a normal world, they would be criminalized. They would be put in jail.”

“A couple of those board members are up for reelection in just a few months and I promise you we will replace every single one of them and make sure they never are near our children ever again,” she continued. “They’re disgusting, should be ashamed of themselves. And like my friend Britney said in her speech, they are playing the role of activist pimps and they will not get away with this.”

The former Miss California USA 2009 became a martyr for Christian conservatives when she said she believed “that marriage should be between a man and a woman” at the 2009 Miss USA pageant. Footage from the pageant was later used in ads by the anti-LGBTQ National Organization for Marriage (NOM).

Boller returned to the spotlight last year, advocating against mask mandates in Encinitas schools. Her Instagram account shows that she is committed to a variety of far-right causes and conspiracy theories. She believes that Donald Trump won the 2020 elections, she opposes the COVID-19 vaccines, and, as several recent posts show, she is still thinking about how she didn’t win that pageant in 2009.