Canadians are being asked to host LGBTQ+ Ukrainian refugees 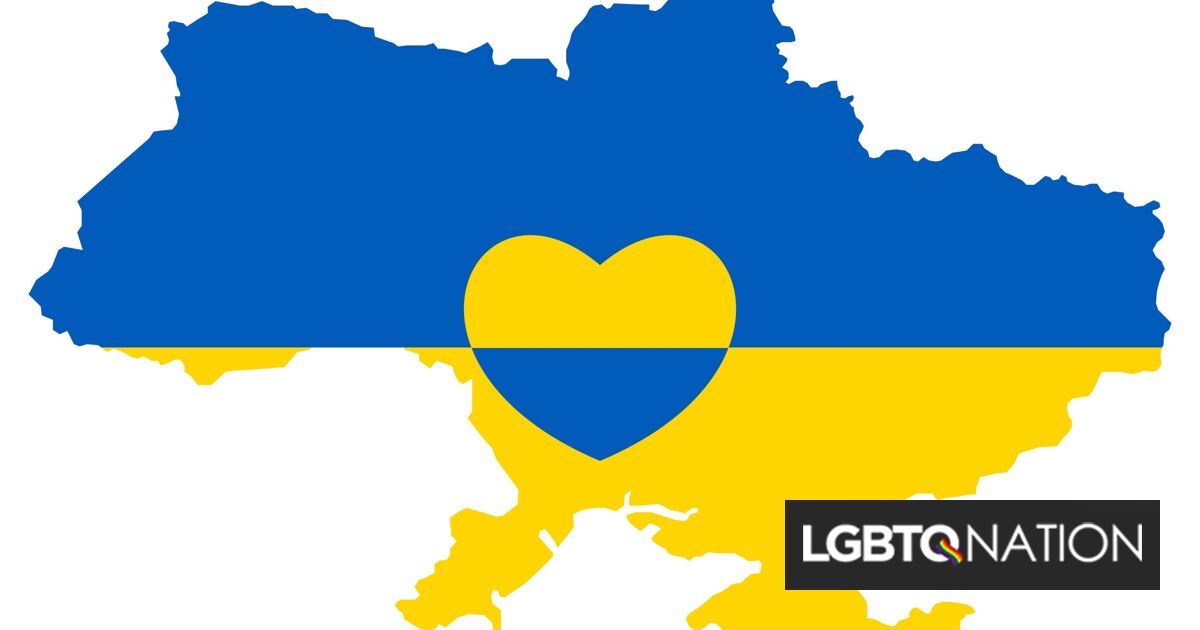 A coalition of activists is launching a new initiative to recruit and support Canadian hosts for LGBTQ+ Ukrainian refugees.

Since fleeing their homes, many queer Ukrainian refugees have not felt safe owing to endemic anti-LGBTQ+ prejudices in Eastern Europe. While Ukraine itself has pro-LGBTQ+ laws, its neighbors maintain legal systems that enable, if not actively support, homophobic and transphobic discrimination.

Due to these dangers, over 100 LGBTQ+ refugees have asked KyivPride, one of Ukraine’s leading LGBTQ+ advocacy groups, for help with relocation to Canada.

With a dire need for hosts, KyivPride launched The Friendly Homes Project (TFHP) earlier this month. The project seeks out LGBTQ+ Canadians, or pro-LGBTQ+ allies, who can provide refugees with a minimum of four weeks of temporary accommodations. Hosts are also asked to help refugees integrate into Canadian society – i.e., helping secure employment and fostering social connections.

The project is being organized in partnership with KyivPride Canada, a sister organization launched in 2014 to foster greater Ukrainian-Canadian unity, as well as the We Support LGBTQ Ukraine Fund, which was created and is managed by Ukrainian-Canadian activist Andrew Kushnir.

KyivPride can help refugees travel to the nearest embassy to secure a visa, which sometimes involves travel to another country. Canadian hosts will also receive an orientation session and counseling support. Finally, the organization’s community expertise ensures that refugees who are most vulnerable, such as those who fled from Russian-occupied territories and have little chance of returning home soon, are prioritized.

Emson says that refugees can feel isolated in new countries, which “compounds the traumas of this war,” but the volunteer network that KyivPride is putting together mitigates this.

Hosts participating in TFHP are not expected to provide financial aid. Every adult Ukrainian refugee arriving in Canada receives a one-time payment of $3,000, plus $1,500 for every minor accompanying them, through the Canada-Ukraine Authorization for Emergency Travel (CUAET) program.

The We Support LGBTQ Ukraine Fund has raised $117,000 since last April, but lacks the capacity to meaningfully finance refugee integration in addition to its existing commitments.

However, the fund, which focuses on helping on-the-ground NGOs, recently made sizeable donations for the purchase of generators and power banks, which, amid Russia’s ongoing attacks on Ukraine’s energy infrastructure, are essential for keeping Ukrainian LGBTQ+ organizations operational this winter.

According to Kushnir, over 100 hosts representing 40 communities across Canada have signed up for TFHP so far using the organization’s online signup sheet.

While there is an evident need for LGBTQ+-specific refugee support, the exact conditions faced by queer Ukrainian refugees in Eastern Europe are complicated and sensitive.

Poland, which currently hosts 1.5 million Ukrainian refugees, is governed by a socially conservative government whose ministers have often verbally attacked sexual and gender minorities. Over the past several years, over 100 Polish towns and regions have passed resolutions declaring themselves free of “LGBTQ ideology.”

While Warsaw is a cultural bubble where LGBTQ+ people are relatively accepted, the capital can only absorb a fraction of the total refugee population.

Moldova and Romania, which collectively shelter 200,000 refugees, are also hostile to LGBTQ+ people. A 2022 poll found that 64 percent of Moldovans would “exclude” LGBTQ+ people from the country. Meanwhile, last year, the Romanian government passed bills banning “gay propaganda” in schools and public spaces.

The situation is better in Ukraine, but there are caveats.

Meanwhile, Ukrainian President Volodomyr Zelenskyy has repeatedly affirmed his support for the LGBTQ+ community and has committed to exploring the legalization of marriage equality after Russia’s invasion of Ukraine is repelled.

For youth and white-collar Ukrainians living in major cities, being homosexual or bisexual is generally not a problem. However, many LGBTQ+ Ukrainians remain discreet about their identities, and tolerance doesn’t extend to smaller cities and towns, where it is unsafe to be openly queer. The trans community also remains highly stigmatized everywhere.

LGBTQ+ activists remain vulnerable to violent harassment from far-right fringe groups and must keep the locations of their offices a secret. When KyivPride opened a refugee shelter last spring, journalists were not permitted to produce films or photographs that showed any outdoor elements that could betray the shelter’s location.

In previous interviews, KyivPride has repeatedly stressed that these far-right groups are a small minority that receives financing from Russia and does not represent Ukrainian society. The organization’s comments are consistent with voting data which shows that Ukraine’s far-right parties have never secured more than 5% of the national vote since 2014.