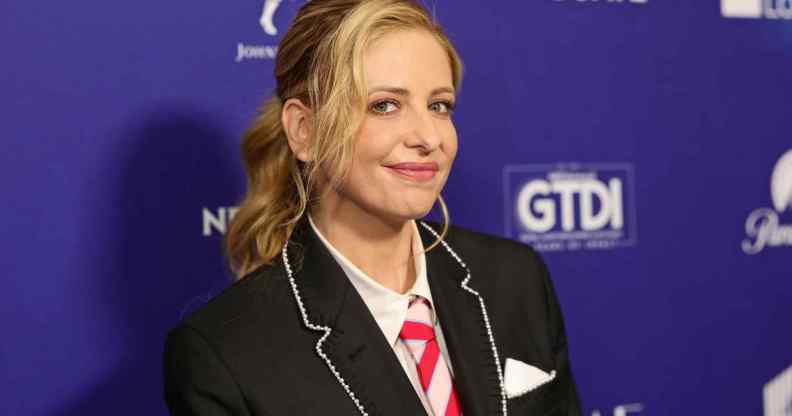 Sarah Michelle Gellar, star of Buffy: The Vampire Slayer (hint hint) has opened up about her experiences working on a set known for being “extremely toxic”.

Speaking at The Wrap’s Power of Women Summit in Los Angeles on Wednesday 14 December, the beloved actress recalled how her time working on the male-dominated set skewed her perspective of a healthy working environment, especially when it came to female friendship.

“For so long, I was on a set that I think was known for being an extremely toxic male set,” Gellar said.

“[It] was ingrained in my head that that was what all sets were like, and that women were pitted against each other – that if women became friends, then we became too powerful, so you had to keep that down.”

Though Michelle Gellar did not explicitly call out Buffy by name, the behind-the-scenes conflicts described by the 45-year-old actress align with accusations against its creator Joss Whedon.

In the years since the series ended, there have been numerous allegations against Whedon from stars accusing the director of “abusing his power” by frequently undermining the cast and crew.

Gellar went on to describe how these experiences has shaped her expectations of the industry in the years that followed.

“Now that I’ve had this opportunity to work with so many more women and men that support women as well, I realised how easy an experience it can be, but… unfortunately we’re still in that place where all of those departments a lot of times need to be women for us to have a voice,” she added.

In a February 2021 Instagram post, Gellar, 45, said that while she is “proud to have my name associated with Buffy Summers, I don’t want to be forever associated with the name Joss Whedon”.

Michelle Gellar’s Buffy co-star, Charisma Carpenter, made a defiant stand against Whedon in February 2021 when she posted a lengthy statement to social media detailing her experiences with the creator.

“Joss Whedon abused his power on numerous occasions while working together on the sets of Buffy the Vampire Slayer and Angel,” Carpenter alleged, describing how Whedon regularly “pitting people against one another to compete and vie for his attention and approval.”