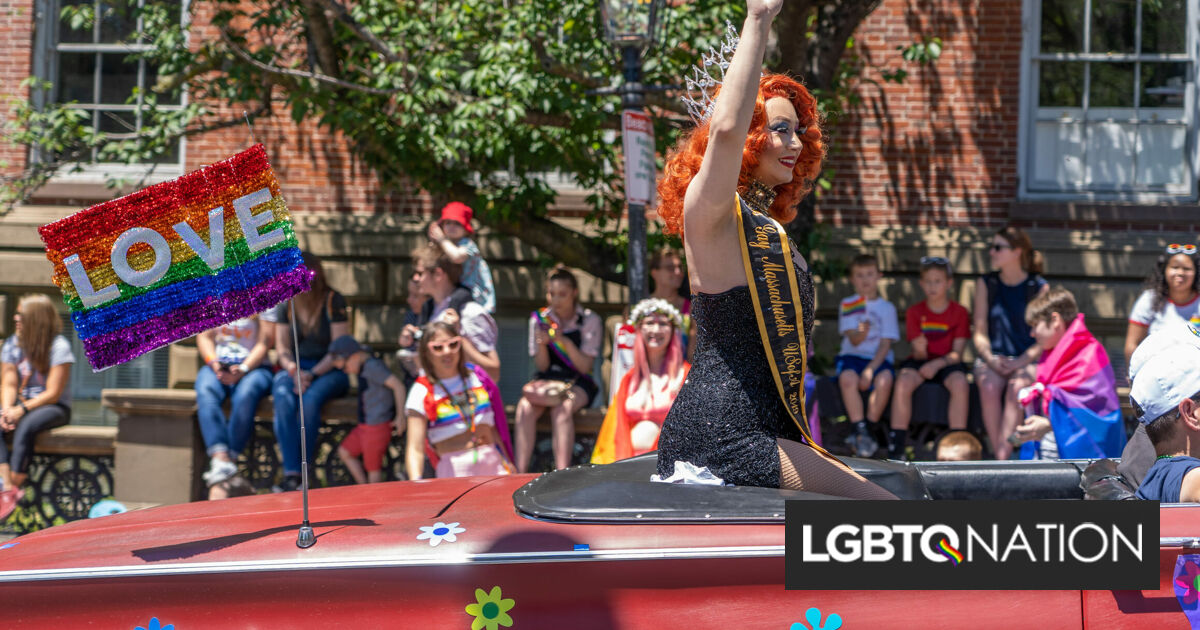 After more than 50 years in operations, Boston Pride has decided to stop operating and dissolve. The group, one of the oldest Pride organizations in operations, decided that the Boston community “needs and wants change without the involvement of Boston Pride” and they “care too much to stand in the way.”

Just weeks after holding a Boston mayoral forum, they have postponed all of their events in the future, including their annual parade, which had been rescheduled initially from June to October.

Related: When it comes to NYC’s dueling Pride parades… “The Fight Continues”

“For years, we have volunteered our time with Boston Pride because we care about and are passionate about the LGBTQIA+ community,” the organization said in a statement published on their website. “We strived to foster an environment of diversity and unity within our organization and the community,” they said, “but we know there is still work to be done.”

The statement explains that after receiving complaints for over the last year, they tried to “address the concerns of the community,” cooperating with outside firms and creating internal committees that focused on the concerns.

“We are grateful for all who have been involved in this process,” Boston Pride said, but “There will be no further events or programming planned, and the board is taking steps to close down the organization.”

Boston Pride was hemorrhaging support as of late, losing approximately 80 percent of their volunteers, and Boston Pride Board President Linda DeMarco expressed that she was going to turn in her resignation in the coming weeks.

Issues that Boston Pride faced were exacerbated by thousands attending the Trans Resistance Massachusetts March held in June, separately organized by activists that said that Boston Pride continuously failed to represent or include trans people and people of color.

Still, just last month, leaders expressed optimism about the future of the organization and how it could reinvigorate the community following the pandemic.

“[Boston Pride] could still be a time where the community can come together and support each other and heal from the events of the past year while committing to continue to work as a community towards acceptance, justice and understanding,” Pierce Durkin, the group’s director of operations, told Boston.com in June.

The Boston area’s LGBTQ community had already suffered hardships in the recent years. Just in May, activist and prominent ballroom performer Jahaira DeAlto was murdered in her home. She was believed to be the 21st trans or gender non-conforming person murdered or to face a violent death so far in 2021.

Mikayla Miller was a Black out teen that was also found dead outside of Boston after allegedly getting attacked by a group of white teens. Miller was found hanging from a tree by a belt that her family said she did not own. Her mother, Calvina Strothers, maintains that police are trying to cover it up, after they deemed her death a suicide.

Boston has also become the site of several “Straight Pride” congregations, often supported or led by white supremacists. One “Straight Pride” organizer and one other participant were arrested for taking part in the insurrection at the U.S. Capitol building on January 6.

In 2015, Boston Pride, along with OutVets, was chosen as one of the first two LGBTQ groups to participate in the Boston St. Patrick’s Day Parade, an event where gay and queer groups were historically excluded from preventing.

In the interim, it appears that Trans Resistance Massachusetts and the Boston Dyke March are stepping up to fill the space left void by Boston Pride.

“Despite being offered every opportunity to be part of the solution, they have chosen to disassemble… taking, as they go, reosurces given to Pride by the community.”

“Boston Pride made this decision instead of meeting with TQBIPOC community activists or listening to repeated community demands for the board to resign, transition leadership, and create more inclusive bylaws,” Trans Resistance said in their own statement.

“Pride has always belonged to the people.”

Trans Resistance have announced that they will work with a number of local organizations, including the Dyke March and Boston Black Pride, to help “reshape the future of Pride in Boston” and note that they “remain committed to community-driven action that centers and uplifts TQBIPOC leadership and our TQBIPOC community.”