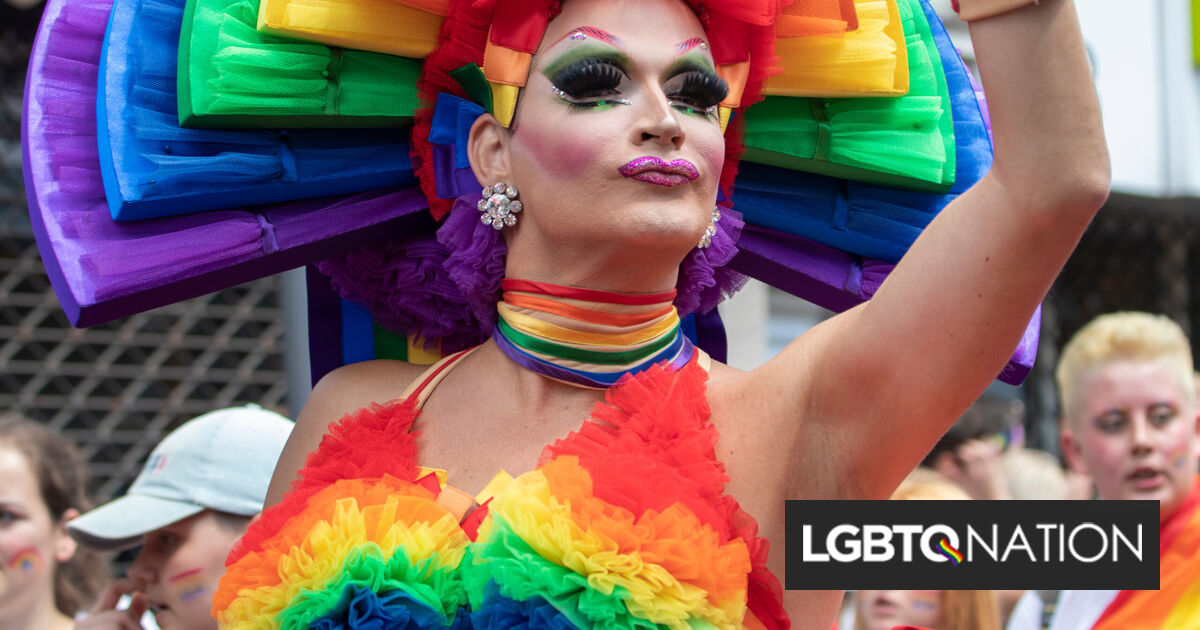 Organizers of this weekend’s Boise Pride event in Idaho had to cancel a half-hour “Drag Kids” event after its producers started receiving death threats.

The event would’ve allowed children to “put on sparkly dresses and lip-sync to songs,” the Associated Press (AP) reported.

But Idaho Republican Party Chairwoman Dorothy Moon said that the Pride events’ sponsors were “financing the sexualization of our children and the perverse idea that children should engage in sexual performances with adult entertainers.”

Her false claim was repeated by the state Republican Party and other far-right websites and podcasts.

The Idaho state Republican Party wrote on Twitter, “The sexualization of children is wrong, full stop. It is wrong whether parents consent to it or not. Boise Pride relies on out-of-state money to bring child-focused drag events to our community. Idaho rejects the imposition of adult sexuality & adult sexual appetites on children.”

The sexualization of children is wrong, full stop. It is wrong whether parents consent to it or not. Boise Pride relies on out-of-state money to bring child-focused drag events to our community. Idaho rejects the imposition of adult sexuality & adult sexual appetites on children.

The state GOP also encouraged people to pressure the festival’s corporate sponsors to pull their support. A few, like Zions Bank and Idaho Power, reportedly removed their logos from festival fencing and canceled their plans for booths, the AP reported. Other business sponsors helped take their places.

The Idaho Department of Health and Welfare announced its decision to withdraw pulling $38,000 in funding from the event, including resources put towards anti-tobacco and HIV prevention messaging.

An unnamed conservative pastor said the local Ada County Sheriff should arrest anyone who “contributes to the delinquency of minors.”

Boise Pride also wrote a statement defending the event. It wrote, “The drag kids performance is a celebration of self-expression and confidence. The only perversion and sexualization of this performance are coming from extremists and people like Dorothy Moon, who are twisting it into something it is not.”

Pride organizers mentioned that children have performed onstage in different Pride events for years, and that doing so “builds that confidence and is a form of creative expression,” KTVB reported. The news station noted that several academic studies back up this claim.

“It’s: ‘We’re going to show up at this festival,’ ‘We’re coming after you,’ ‘I hope you know you have a target on your back,’ and ‘You’re going to be found in a tree,’” Burrows said. “It’s gotten so repetitive.”

The five children who had signed up to perform had said they still wanted to perform, despite the drama surrounding the show. However, concerned for the well-being of the kids and the safety of attendees, Boise Pride canceled the event and hired extra security to keep festival goers safe.

“We have made the very difficult decision to postpone this performance due to increased safety concerns,” Boise Pride wrote in a postponement announcement.

In the announcement, Burrows added, “All of these youth are extremely hard-working, talented, and amazing individuals who deserve to be showcased but also deserve to do so in a safe space.”

Tudor Dixon, a Republican candidate for Michigan governor, said he would support a bill handing down “severe criminal penalties for adults who involve children in drag shows.”

In early June, Texas state Rep. Bryan Slaton (R) announced that he intends to file a bill during the state legislature’s upcoming session that would ban drag shows in the presence of minors. He has claimed that “drag shows subject underage kids to inappropriate sexual content by adults.”

“When will the sexualization of children stop?” he asked in a tweet. His press secretary, Christina Pushaw, has said that any person who supports acknowledging the existence of LGBTQ people in schools supports pedophilic child rape.

While some drag performances have adult humor in them, very few contain explicit sexual content. Most drag events attended by children feature lip-sync performances, sing-alongs, and storytelling by performers in colorful costumes and makeup. The performers teach kids about self-acceptance and caring for others who may look or love differently than they do.

Right-wingers have issued terroristic bomb and death threats against local libraries and restaurants for holding these events. Such protesters sometimes infiltrate the venues, frightening children and their families as well as recording and threatening public exposure of any adults who participate in them.