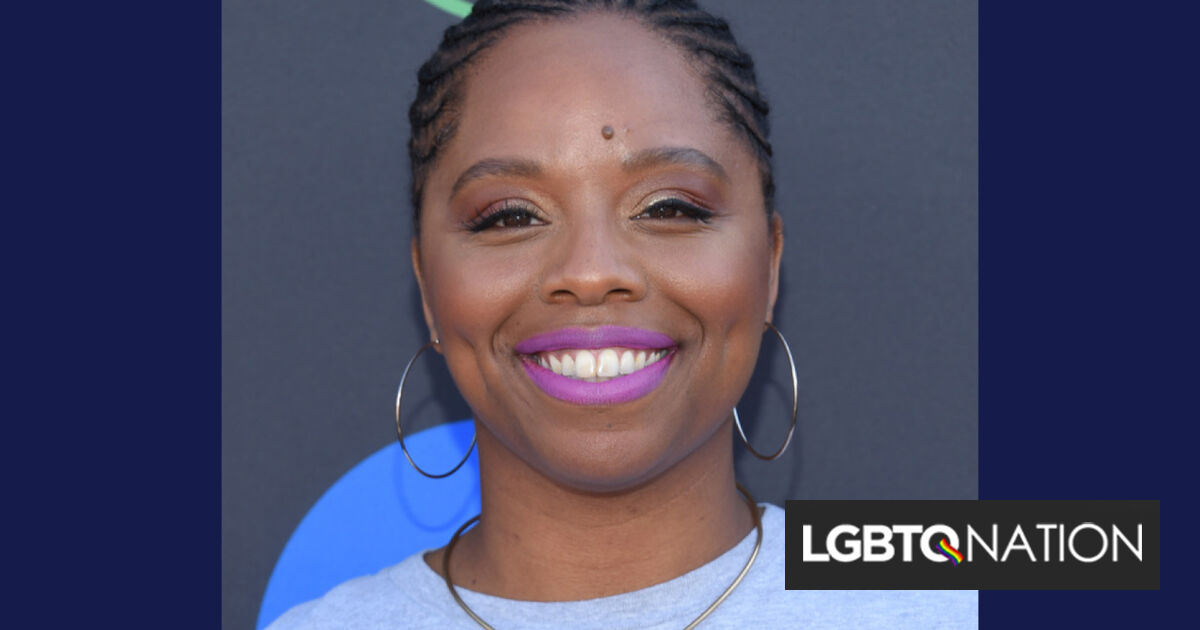 Patrisse Cullors, one of the three women who started the #BlackLivesMatter hashtag and subsequent activist organization, has announced her resignation as the executive director of the Black Lives Matter Global Network Foundation.

Cullors, who is out along with fellow co-founder Alicia Garza, told the Associated Press that while she “decried” criticism of late that she described as “a smear campaign from a far-right group,” she is not leaving because of that. She is moving on after today to complete her second book and accept a television development deal.

In 2013, while commenting on the aftermath of the death of Trayvon Martin, Garza said in a Facebook post that “Black lives matter.” Cullors shared the post, using the hashtag #BlackLivesMatter for the first time, and birthing a movement.

Cullors, Garza, and Opal Tometi co-founded Black Lives Matter as an organization that year. The Global Network Foundation, which serves as the nexus between chapters in the decentralized movement, was started online and through social media. The first chapter in Los Angeles was founded with the assistance of Melina Abdullah.

“I’ve created the infrastructure and the support, and the necessary bones and foundation, so that I can leave,” Cullors said. “It feels like the time is right.”

Cullors, who originates from Los Angeles, came out as queer at age 16 and was kicked out from her home, where she was raised in the Jehovah’s Witness religion. She was inspired by the life and stories of abolitionist Harriet Tubman and often called herself “the wife of Harriet Tubman.”

Throughout the Trump administration, Cullors and the Black Lives Matter movement became foes with the White House after Cullors said that Trump was a “terrorist” and “fascist” in 2016.

After eight years at the helm of the Global Network, Cullors’ role will be taken over by two “senior executives” on an interim basis, Monifa Bandele and Makani Themba. “I think both of them come with not only a wealth of movement experience, but also a wealth of executive experience,” Cullors told the AP.

Cullors was the last original co-founder to work with the Global Network, with Abdullah considered an “original member” and Black Lives Matter Los Angeles co-founder. Her announcement comes just a year after one of the most pivotal moments in the movement when George Floyd was murdered.

In that time span, AP reports that the organization itself raised over $90 million, which was just some of the money that went to organizations named or associated with Black Lives Matter. A quarter of those funds went to “operating expenses, grants to Black-led organizations and other charitable giving.”

Cullors and the Global Network have been accused of mismanaging the funds, with families and advocates for victims of police brutality saying the money is not going toward them or activists on the local level.

After Cullors purchased a home in California this year, supposedly her fourth, several reports claimed that Cullors used fundraising through the network to support herself and buy property. They have both denied that and the AP rates the allegations as false.

“As a registered 501c3 non-profit organization, (the foundation) cannot and did not commit any organizational resources toward the purchase of personal property by any employee or volunteer,” the Global Network said in a statement last month.

Cullors released her first book When They Call You a Terrorist: A Black Lives Matter Memoir in 2018, and her second, An Abolitionist’s Handbook, is slated for release in October. Cullors also has an agreement in place with Warner Bros. for “developing and producing original cable and streaming TV content that centers on Black stories,” including a project starting in July.

“I think I will probably be less visible, because I won’t be at the helm of one of the largest, most controversial organizations right now in the history of our movement,” Cullors concluded with the change.