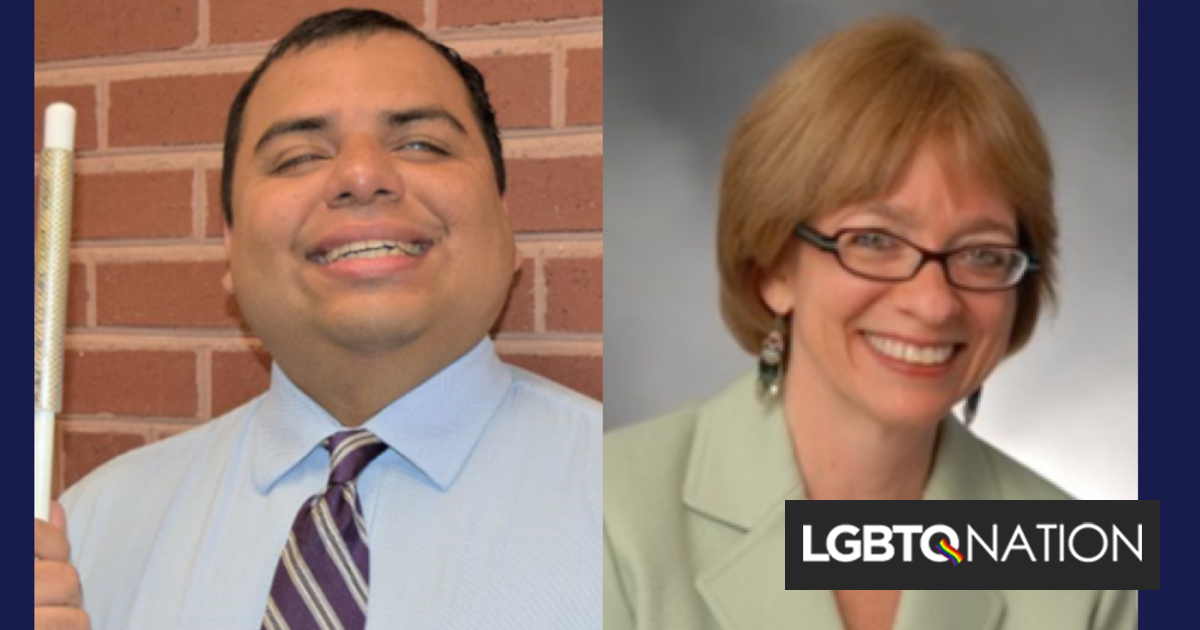 President Joe Biden has announced his appointment of Gabe Cazares, Chai R. Feldblum, and two other individuals to seats on the U.S. AbilityOne Commission. Both Cazares and Feldblum are out.

Cazares currently serves as the Director of the Houston Mayor’s Office for People with Disabilities (MOPD). Feldblum was a Commissioner on the Equal Employment Opportunity Commission (EEOC) from 2009 to 2018.

The two longtime LGBTQ and disabled people advocates will serve five year terms on AbilityOne, “One of the nation’s largest sources of employment for people who are blind or have significant disabilities,” the White House announced.

Cazares currently ensures that over 215,000 Houstonians with disabilities have access to resources and services within the nation’s fourth most populated city.

Prior to working under Houston Mayor Sylvester Turner (D), Cazares worked at the National Federation of the Blind from 2015 to 2019. There, he “managed the organization’s education, technology, immigrants’ rights, LGBTQ, and blind entrepreneur small business policy portfolio,” as highlighted by the White House.

Cazares has described himself as a “Gay disabled policy wonk” that is a Houston native and graduate of Texas State University. He is Latinx and blind.

“Most people don’t have firsthand experience with people with disabilities, everyone is afraid of the unknown. I think the biggest battle of people with disabilities, blind or otherwise, is getting people who have hiring powers to see us for what we can bring to the table,” he told the Houston Chronicle in 2019, adding, “I can comfortably say that ‘inclusion’ doesn’t just mean letting people be able to walk in the door, but being able to benefit from everything being offered to people without disabilities.”

Cazares was the recipient of the Rising Star Award from the Maryland Hispanic Chamber of Commerce in 2018. It was for his service as a mayoral appointee to the Baltimore City Hispanic Commission from 2017 to 2019.

Feldblum is known most recently for becoming the first out commissioner on the EEOC, following her nomination by President Barack Obama (D) in 2009. Her nomination met resistance on both sides of the aisle in Congress, which led to Obama making an impassioned speech declaring his stance against LGBTQ discrimination in hiring in a subsequent speech.

Instead of simply waiting for the Senate to decide her nomination, President Obama used his powers when Congress was in recess to appoint her to the EEOC officially in March 2010. The full Senate voted to confirm her in December 2010, and then for a second term in 2013.

Much to the concern of LGBTQ activists amidst the Trump administration, Feldblum did not seek another term as an EEOC Commissioner in 2019, rather than face reconfirmation. Senate. Sen. Mike Lee (R-UT) claimed Feldblum has “radical views on marriage” and used the filibuster to prevent her nomination from moving foward.

“For nearly nine years Chai Feldblum worked tirelessly with the [EEOC] to uphold our nation’s civil rights laws. As a skilled attorney and public servant who has passionately advocated for equality under the law, Feldblum more than deserved to be confirmed for another term,” David Stacy, the then-Director of Government Affairs for the Human Rights Campaign, said in 2019.

A “national expert in disability law and employment,” one of Feldblum’s most impactful acts was drafting the Americans with Disabilities Act (ADA) of 1990 while she worked as a legislative council and lead attorney at the American Civil Liberties Union (ACLU). The ADA drastically changed the state of accessibility for disabled people around society.

Feldblum went to work as a professor of law at Georgetown University in 1991, and stayed there until 2010. The White House highlighted that while teaching future lawyers, Feldblum “and her students represented non-profit organizations, including disability rights organizations, in advocating for legislation and administrative regulations to support social justice goals.”

The White House also proudly mentioned details about their families and personal lives in their announcement.

“He and his partner, Derin Dacey, live in Houston with their 4-year-old rescue dog, Sam,” said the White House of Cazares. They stated that Feldblum is “a lesbian and has a psychiatric disability of anxiety disorder.”

The AbilityOne Commission, cooperating with several non-profit organizations, works to secure employment opportunities in service to, or benefitting, the federal government. Fifteen individuals serve on the commission, with eleven comprised of individuals representing eleven different executive branches of the government, and four others appointed as “private citizen” commissioners.

“Through the AbilityOne Program, people with disabilities enjoy full participation in their community and can market their AbilityOne-learned skills into other public and private sector jobs,” the Commission states on its website.