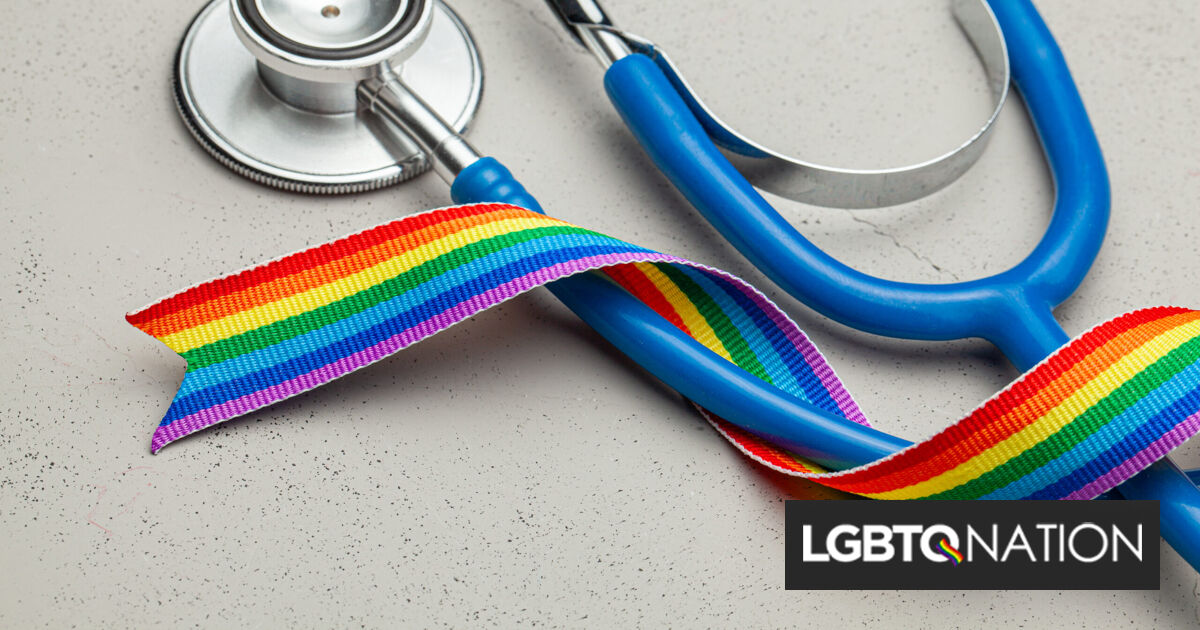 Arizona state Republican Sen. Wendy Rogers has proposed Senate Bill 1045 to prohibit medical procedures that affirm the gender identity of children and teens who are transgender.

The law would ban medical staff from performing gender-affirming surgeries on transgender minors as well as prescribing testosterone to transgender men or estrogen to transgender women under the age of 18. Health professionals who do so would be guilty of a Class 4 felony, with a prison sentence of one to three years.

Senate bill 1045 also states that teachers, school staff, and administrators cannot “withhold from a minor child’s parent or legal guardian information related to the minor child’s perception that his or her gender or sex is inconsistent with his or her biological sex.” This would ultimately force teachers and schools to oust trans and gender non-conforming students to their parents, even at the student’s potential peril.

This proposed bill follows suit with a bill that was ushered in Texas in April 2021, one that did not pass during its legislative session.

Leading health care organizations in the state condemned the bill, including the Texas Medical Association, Texas Counseling Association and Texas Pediatric Society. The organizations all say gender-affirming care is the best way to provide care to transgender children. The American Psychiatric Association, the American Academy of Pediatrics, the American Academy of Child & Adolescent Psychiatry and others have agreed for years that gender-affirming care is the best path forward for trans youth.

Despite the common misconception, trans youth do not get surgeries either. Gender-affirming surgeries are not performed on anyone under the age of 18 in the United States.

According to the World Professional Association for Transgender Health (WPATH) guidelines for standards of care, a candidate must be age of majority in their given country (18 in the United States), and also must have received  12 continuous months of hormone therapy as appropriate to the patient’s gender goals (unless the patient has a medical contraindication or is otherwise unable or unwilling to take hormones).

Studies have proven that both hormone therapy and social transitioning have been proven through studies to be beneficial for transgender youth— a group that is at an elevated risk of suicide due to bullying and lack of school social support.

A most recent study in 2021 found that hormone therapy has a positive effect on trans youth, reducing their risk of suicide.

Other studies have found there is a significant inverse association between rendering treatment with pubertal suppression during adolescence and lifetime suicidal ideation among the transgender adults who wanted such treatment. These results align with past literature, suggesting that pubertal suppression for transgender adolescents who wanted it is associated with favorable mental health outcomes.

Another study by the American Academy of Pediatrics reached the exact same conclusion.

It is also important to note that not everyone who is transgender can fully transition or wants to fully transition, either. The trans community often faces significant obstacles to acquiring health care, either due to lack of employment opportunities or to health insurers choosing not to cover vital healthcare procedures for transgender people.

“Access to transgender health care is challenged further by laws and policies across the country that codify myths that the care is risky, cosmetic or monolithic. For example, the federal Medicare program excludes coverage of sex reassignment surgery, deeming it “controversial” and “experimental,” despite decades of research supporting its effectiveness. Exclusions like this one are rampant in the private insurance context, with many large insurance companies excluding all coverage for “sex reassignment treatments” or equivalent care.”

What is social transitioning and how does it help transgender people?

A social transition involves a child presenting to other people as a member of the “opposite” gender in all contexts (e.g., wearing clothes and using pronouns of that gender).

Previous studies about gender-nonconforming kids who weret allowed to transition found they experienced high levels of depression anxiety. A 2017 study published in the Journal of the American Academy of Child and Adolescent Psychiatry found that allowing social transition can be greatly beneficial to the mental health of trans youth.

Another study published in 2018 found that calling a student by their chosen name is linked to reduced depressive symptoms, suicidal ideation and suicidal behavior among transgender youth.

Rogers’ attempted ban on gender-affirming care as detailed by the evidence would lead to more harm than good for gender clinicians and the youth under their trusted hands. Forcing teachers to oust students to their parents and also blocking the beneficial healthcare trans youth see as necessary and vital to their livelihood has been shown to be the antithesis to what will help trans youth.

When a bill similar to the one in Arizona passed in Arkansas (the first one of its kind), one doctor, Dr. Michelle Hutchison, raised the alarm that a bill like Arizona’s SB1045 would lead to more suicide attempts by trans youth — and it turned out to be true. Arkansas saw an increased rate of suicide amongst trans youth immediately after it was passed.

“It is dangerous,” said Ryan Starzyck, a local business owner and former board member of the local LGBTQ group Phoenix Pride. “It is deadly because if (children) don’t have the foundational information, if they have nobody they can turn and oftentimes is the only one they can turn to is the professional at school before, (the legislature) is laying the foundation for students suicides.”

Starzyk also said it reminds him of the bullying he constantly faced in the military for being gay.

Rogers also has proposed a bill to ban trans students from playing sports based on their gender identity, as a way to block trans girls from playing sports. That bill would also mandate a medical review of a student’s anatomy, hormone levels and genetics if the student’s biological sex is disputed while seeking to participate in sports programs at public and private schools, community colleges and state universities.

She authored this bill despite the fact that the Arizona Interscholastic Association (AIA) said that girls in school sports are not facing disadvantages because of their transgender peers, an assertion that flies in the face of the AIA’s policies on transgender athletes.