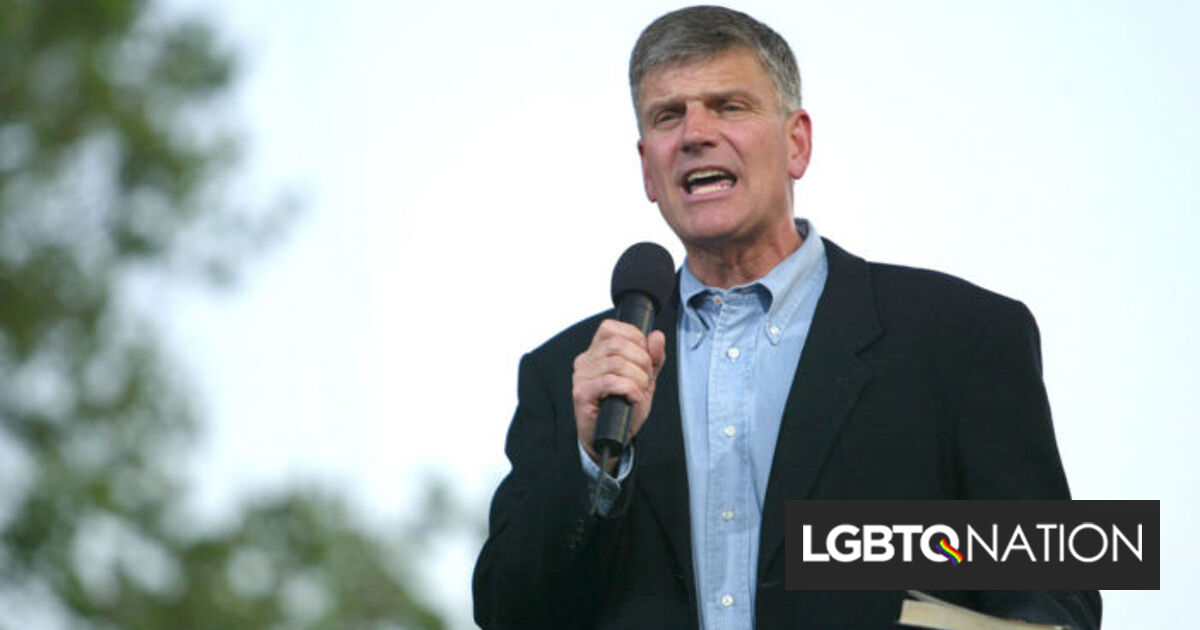 Anti-LGBTQ evangelical leader Franklin Graham is pumped for this year’s Super Bowl because one of the most talked about players is a Christian.

Graham – who once warned Christians that LGBTQ people are planning on “pushing their godless, secular agenda” when Joe Biden becomes president and said LGBTQ people are “extremely dangerous if they are permitted to proceed unchecked” – praised 22-year-old Cincinnati Bengals rookie Evan McPherson for not being “ashamed of his faith.”

Related: Caitlyn Jenner stands up for Joe Rogan even though he mocked her genitalia

In a Facebook post, Graham called McPherson’s history-making performance as a kicker this postseason “impressive,” but said what impresses him even more is that “he’s a follower of Jesus Christ, and he wore a shirt that said ‘God is good’ to the press conference after a game.”

Graham gushed over the fact that McPherson shared the Bible verse John 3:16 on his Instagram. “He isn’t afraid to use his platform on social media to point to God and His Word,” Graham said.

Graham then made it clear that while the Bengals are underdogs in Sunday’s game, “I know one kicker I’m going to be rooting for.”

It seems for Graham, God and football are important complements to one another, and those who follow him on Facebook were quick to agree that they must throw their support behind McPherson due to his Christian values.

“I was rootin’ for the Rams until you said this,” one commenter wrote.

Graham has long been known for speaking out against LGBTQ people. In October, he  praised North Carolina Lt. Gov. Mark Robinson (R) — who said LGBTQ people are “filth” — for “having the guts to stand up and tell the truth.”

Around the same time, he called for foreign nations to deny people with official gender-neutral markers on their passport, and the Billy Graham Evangelical Association (BGEA), which Graham runs, was named in a report as a group materially supporting proposed law further criminalizing LGBTQ people around the world.

Yet Graham previously claimed, “We are not anti-anybody. We love people enough to tell them the truth of God’s Word.”