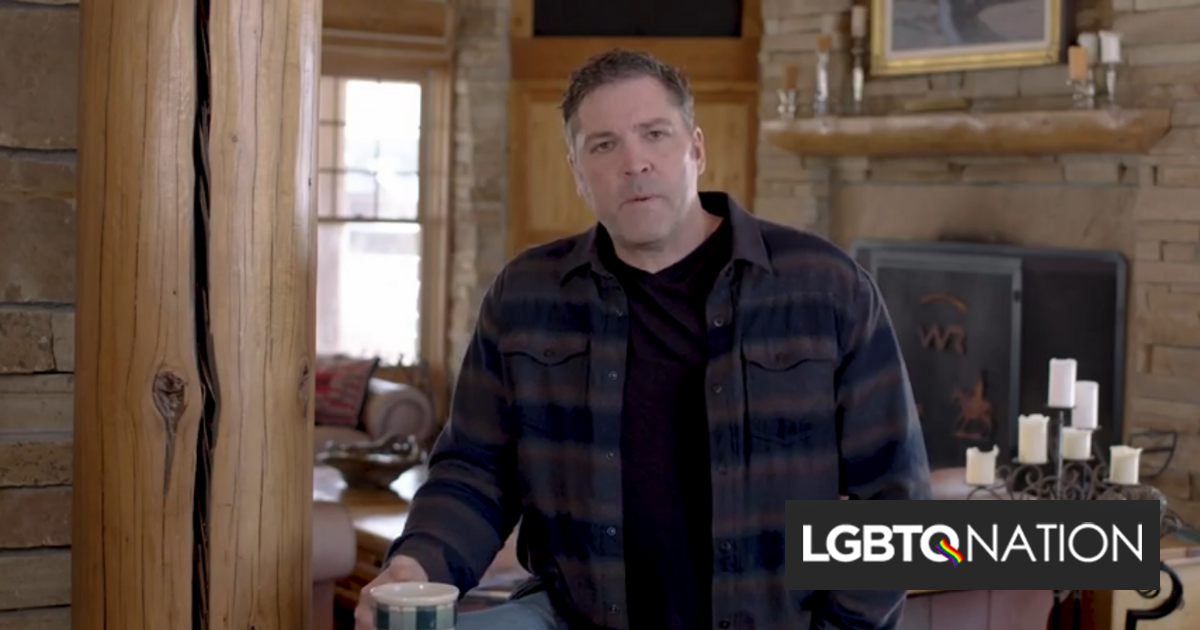 An evangelical group previously known for standing against marriage equality and described as far-right is planning to have a “relaunch” event this summer, planning to gather men who are willing to stand up for “what’s right” because LGBTQ people are “destroying the identity of the American people.”

Ken Harrison, the chairman of the Promise Keepers, appeared on former Trump aide Steve Bannon’s podcast, and said in anti-LGBTQ remarks that the gathering is necessary because of “how quickly we went from homosexual marriage to, now, men putting on dresses and being called women.”

Harrison appeared on Bannon’s podcast, “Bannon’s War Room.” Bannon has been banned from social media and several major media sites for months due to threats he made against Dr. Anthony Fauci and FBI director Christopher Wray.

The podcast is still widely available, airing on the “Real America’s Voice” network of sites and mobile apps. Bannon’s podcast also remains available on Apple Podcasts, Google Podcasts, and iHeartRadio, among other distributors.

Bannon’s podcast has continued promotion of false conspiracy theories claiming that election fraud took place in the 2020 presidential election. He has repeatedly welcomed Mike Lindell, the MyPillow Inc. CEO who has continued his baseless claims that the election results will be overturned, although President Joe Biden (D) has long been in office.

Harrison was a guest on April 23, promoting his “Promise Keeper’s 2021 Men’s Conference” in a segment entitled “Where Are the Christian Men?”

“You think about how quickly we went from homosexual marriage to, now, men putting on dresses and being called women and playing on women’s basketball teams, and where are the Christian men? So what we need to do is call men back and remind us of who we are in Christ,” Harrison said when asked about the purpose of the event by Bannon.

“The world right now is wondering, ‘what happened to America? Where are Americans?’” claimed Harrison.

“There’s such an undercurrent who are sick and tired of the evil in this country,” he added, citing perceived threats from the press, public education and “the nonsense the leftists are trying to tell us we’re bad people, we’re racists, we’re misogynists.”

He claimed that the current “agenda” is “destroying the identity of the American people,” and it’s happening because “Christian men are not standing up for what’s right.”

Clips from his appearance on Bannon’s podcast were shared online and went viral this week.

Harrison has supposedly booked AT&T Stadium, the home for the NFL’s Dallas Cowboys in Arlington, Texas, for July 16 and July 17. The event was initially planned for last year, but was scratched due to the COVID-19 pandemic.

The organization has even booked former Cowboys player Jonathan Evans, who also served as the team’s chaplain. Jerry Boykin, a vice president of the Family Research Council (FRC), an anti-LGBTQ hate group, is also scheduled to appear.

“This is going to be the first major gathering in the world,” Harrison claimed, “and that gathering’s going to be Christian men worshipping Jesus Christ.”

The Promise Keepers, founded in 1990, were a prominent evangelical group for men. They often held religious gatherings in large stadiums or multiplexes, pushing men to “fulfill their destinies as godly husbands, fathers, and leaders,” as their website reads.

They also actively opposed same-sex marriage and social standards that they view as against God’s expectation of men. They have been accused of being anti-feminist and supporting infidelity by men in marriages.

The organization faded in the 2000s due to its founder, Bill McCartney, focusing on taking care of his late wife. McCartney campaigned in the state of Colorado against protections for LGBTQ people in anti-discrimination laws.

Harrison took over the organization in 2018.

Ken Harrison of the ‘Promise Keepers’ says he is organizing a rally of “80,000 christian men” this July in Dallas Cowboys’ stadium, to fight against the LBGTQ agenda to “destroy the identity of the American people.” pic.twitter.com/76d9G3UbPy

The alliances being formed between some evangelicals, atheists, nationalists, White Nationalists, to protect “Western civilization,” a “way of life,” and “identity” is something to behold.