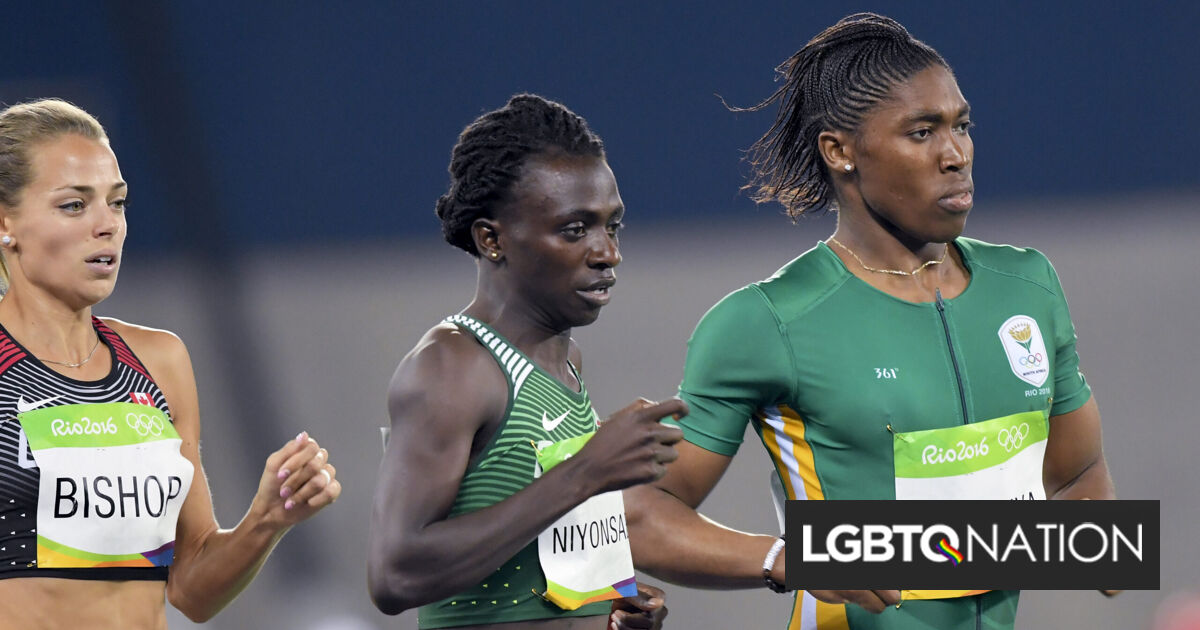 Francine Niyonsaba, the second-highest ranked woman in the world in the 800-meter race, was told — like Caster Semenya of South Africa, the top-ranked woman — that her body’s natural levels of produced testosterone was too high to the liking of World Athletics, the governing body of many track-and-field sports.

She had essentially three options to be an Olympian: Undergo treatment to alter her hormones, compete in the men’s competition, or choose a different, much longer race where the rules are different.

Niyonsaba decided to go for the latter, and she made the Olympic team representing Burundi in the both the 5000-meter and 10000-meter runs. In Tokyo, though, Niyonsaba was again disqualified while racing in the semi-final for the 5000-meter run on a different technicality.

Officials deemed that Niyonsaba had disqualified herself by stepping on one of the lines in her lane early during the 5000-meter (equivalent to more than three miles) race. She did not learn that until after she finished the race, thinking she had earned a place in the medal-determining final, according to the Associated Press.

While Niyonsaba did not appear to get any advantage from being on the line, and she was likely was disadvantaged by it, but she is out of the running nonetheless. The Olympics denied her appeal.

The transition from competing in the 800-meter race, approximately half a mile, to the 5000-meter and 10,000-meter (approximately 6.2 miles), in under two years was not an easy one — but Niyonsaba was proud to have the opportunity.

Niyonsaba was the only Olympian to earn a medal at the 2016 Olympics in the 800-meter to return to the games this year. Both Semenya, who had the gold, and Margaret Wambui of Kenya, the bronze medallist, were also disqualified under the “Semenya rule.”

Like those runners, Niyonsaba was assigned female at birth, and while she has differences in sex development from many other women, she has always identified as a cis woman. Niyonsaba’s health records were allegedly hacked and leaked in 2019, and later spoke about her naturally-occurring differences, but she has not publicly identified as intersex. However, World Athletics and others characterize them as such.

“For me, it’s about discrimination. It doesn’t make sense. For sure, I didn’t choose to be born like this,” she’s told the Olympic Channel.

She received support from all over the world for making it to the Olympics anyway, including from the U.S. Embassy in Burundi.

While she can still win a medal in the 10,000 meter race, taking place at the end of the Olympics next week in one competition, her disqualification from another competition due to another technicality has been disheartening.

“I didn’t think it was my fault,” she said, but “I appealed but the decision to disqualify me has been upheld.”

Niyonsaba criticized the lack of support she received immediately after, noting that the United States Olympic Team for the 4-x-400 meter relay race did not exchange their batons in the proper window, but appealed and earned a spot in the medal-determining final anyway.

“Where was the Burundian team leader when I needed him by my side?” Niyonsaba said in a statement post game. “USA challenged the disqualification of their mixed relay team and won it. Why could Burundi not do the same for me? I felt so alone, unsupported.”

She called for reform within Burundi’s Olympic administration, adding that she feels that her dream was “crushed.”

Still, she said, “The more one tries to stop me, the stronger is my come back.”

Prior to competing, Niyonsaba spoke about the difficulties of trying to compete in long-distance running. Semenya, who has continued to sue World Athletics and Olympic regulators for the rule that is admittedly discriminatory, did not qualify for South Africa’s 5000-meter team.

“I said I wanted to be an inspiration,” Niyonsaba said in Tokyo before the competition. “To be here means a lot. From the 800 to 5K is not easy — but I like challenges.”

Now she is receiving another outpouring of support, although for a much different reason.

Human Rights Watch has condemned the testing of natural body characteristics that middle-distance competitors in the women’s race have to undergo to qualify. World Athletics set a higher testosterone level requirement than the Olympics themselves, and so far the only people disqualified under such rules have been cis women competitors from African nations.

Barred from competing in her favourite 800m by World Athletics for having excessive testosterone levels, the Burundian decided to compete in the 5000m.

She crossed the line among the top five but has been disqualified via rule 17.3.2. #KnowHerName pic.twitter.com/XrKMTneGXt

Here is the World Athletics rule that has disqualified Francine Niyonsaba from the 5000m.

Very sad moment for the Burundian who did everything within her means to switch from a middle distance race to a long one.

Yesterday, they disqualified Burundi’s Francine Niyonsaba after she qualified for the finals of the 5000 F race. Today, they have temporarily banned Kenyan and Nigerian sprinters Mark Otieno and Blessing Okagbare. Africa should create its own Olympics.