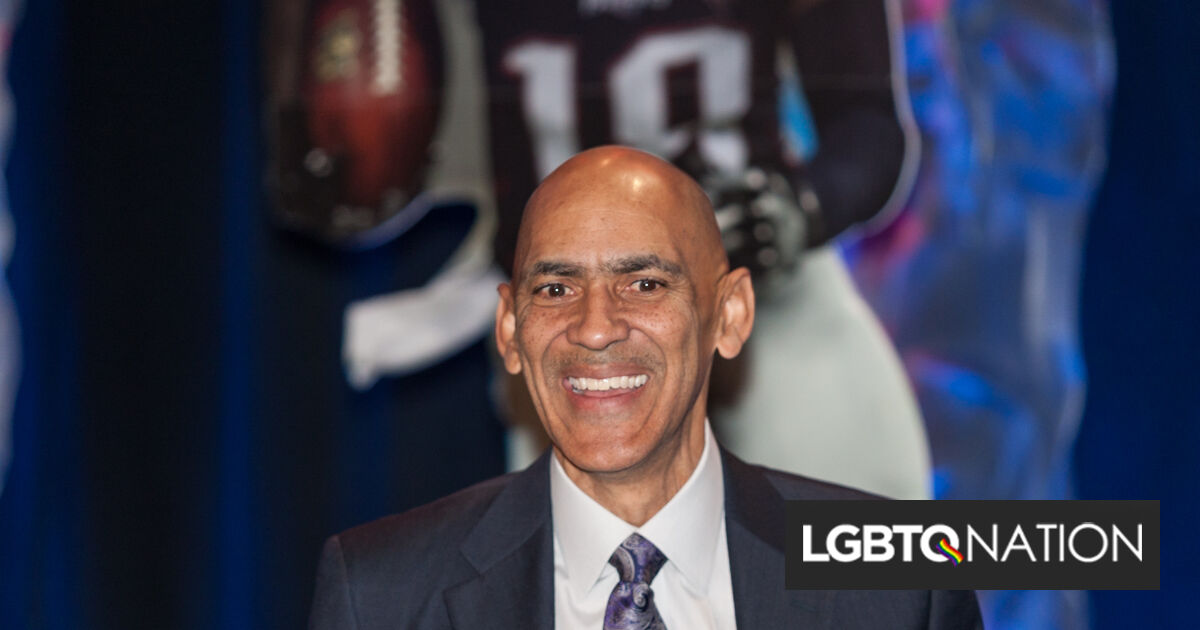 Former NFL coach and current NBC football analyst Tony Dungy recently found himself at the mercy of Twitter after touting a long-debunked far-right conspiracy theory about students dressing up as animals and using litter boxes at school.

In a since-deleted tweet, the former football coach responded to a post from the right-wing publication The Daily Wire about a Minnesota legislator supporting a bill that would require menstrual products to be placed in boys’ bathrooms at schools.

“That’s nothing,” Dungy responded. “Some school districts are putting litter boxes in the school bathrooms for the students who identify as cats. Very important to address every student’s needs.”

Last year, conservatives from across the country were saying that schools were allowing students to identify as animals, with many of them calling those students “furries.” The urban legend, when told, often included the details that students were using litterboxes – sometimes in classrooms – and that schools were being forced to accommodate these students.

The tall tales led to Republicans naming lists of schools where they said this was going on, with schools being forced to deal with angry phone calls and emails from people who actually believed this story despite the lack of proof.

The 2022 Republican nominee for governor of Colorado, Heidi Ganahl, claimed that 30 schools were accommodating students “identifying as cats.”

Two statewide educational organizations condemned her claims as “exhausting” and “incredibly frustrating,” saying they disrupt learning and stress out teachers who are already overworked.

The claim often came as school districts and state legislatures discussed equal rights for transgender students in schools, which led to comparisons to furries. They compared, for example, a trans girl living as her authentic self to a student wearing a cat costume and defecating in a litter box as a way to promote intolerance of transgender people.

Kids don’t use the phrase “number two” nowadays. They just call it a Dungy. No idea why

real diaper-filling babybrain shit here, like if someone left you in a car on a sunny day they’d get arrested

Come on coach, you don’t need to be a veterinarian to know what a pile of horseshit is.

OK, pawpaw, time to get you off the internet before you give someone all your credit card numbers

I don’t know what’s a bigger embarrassment for Dungy: That he accepts the litterbox stuff, or that he appears to regularly read Daily Wire.

How does someone see that kind of story, and just accepts that it is true. It is so far outside the realm, anyone who doesn’t immediately question it before spreading the story should not be considered a serious person.

“Not since Curt Schilling shared an anti-trans image and message years ago have I seen a member of the sports media say something so false, mean-spirited, and cruel as what @TonyDungy shared today. And seemingly directed right at the LGBT community. Cruel.”

Not since Curt Schilling shared an anti-trans image and message years ago have I seen a member of the sports media say something so false, mean-spirited and cruel as what @TonyDungy shared today.

And seemingly directed right at the LGBT community. Cruel.https://t.co/T8zgQgXlI1