After a man ripped down a small town’s Pride flag, the residents took to the streets 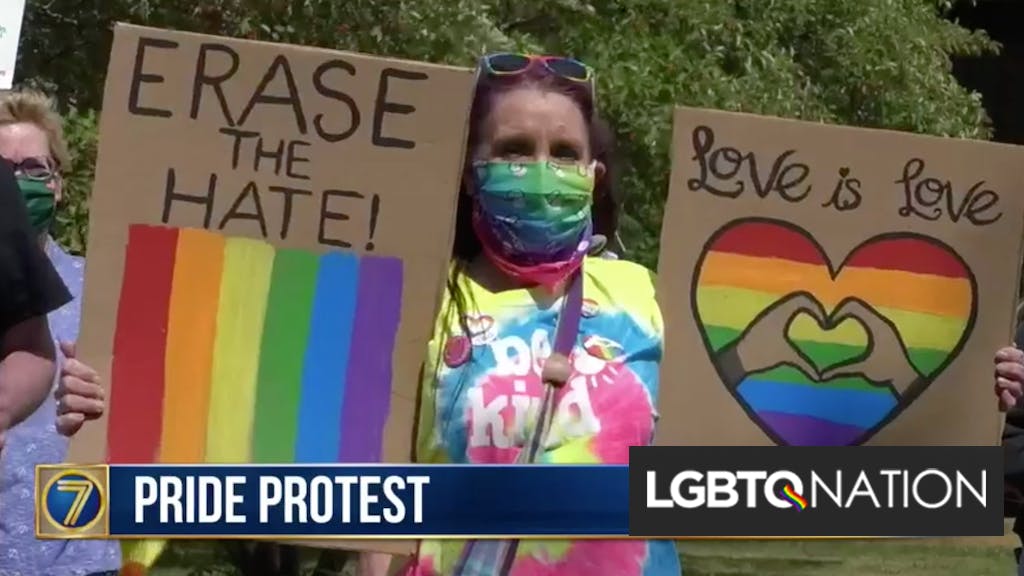 After a man ripped down the Pride flag flying in front of Watertown, New York city hall and dumped it into a city drop box, residents decided to send the message that, “Watertown won’t stand for this anymore.”

But just as dozens of angry locals gathered arrived to protest, the gathering turned into a celebration. The alleged culprit had been apprehended.

Related: Activists used a drone to hang a Pride flag on Ukraine’s version of the Statue of Liberty

Dozens of residents had congregated in front of city hall to decry the vandalism and send the message that the town “is all inclusive” when the arrest was announced.

Decked out in rainbows and carrying signs about love, protestors and supporters marched through the town shouting slogans, swelling in size as they went. Cars repeatedly honked as they drove by to support the ever-growing group.

“It doesn’t matter if you’re part of the LGBTQ community or if you’re straight, Republican, Democrat — we are all here together to show we will not stand for hate and love will prevail,” co-organizer Seth Hill told WWNY-TV.

“I just want this to be a message to even the youth that are driving by in the back seats of the car to know that if you are part of the LGBTQIA community, you are accepted, you are loved, we are here for you,” his partner and co-organizer, Sexton Reece said. “There’s a community, we are strong, we are just as tight as a family and we take care of each other.”

“Watertown, I’m extremely proud of you. Keep pushing on and, you know, let’s make the future more colorful.”