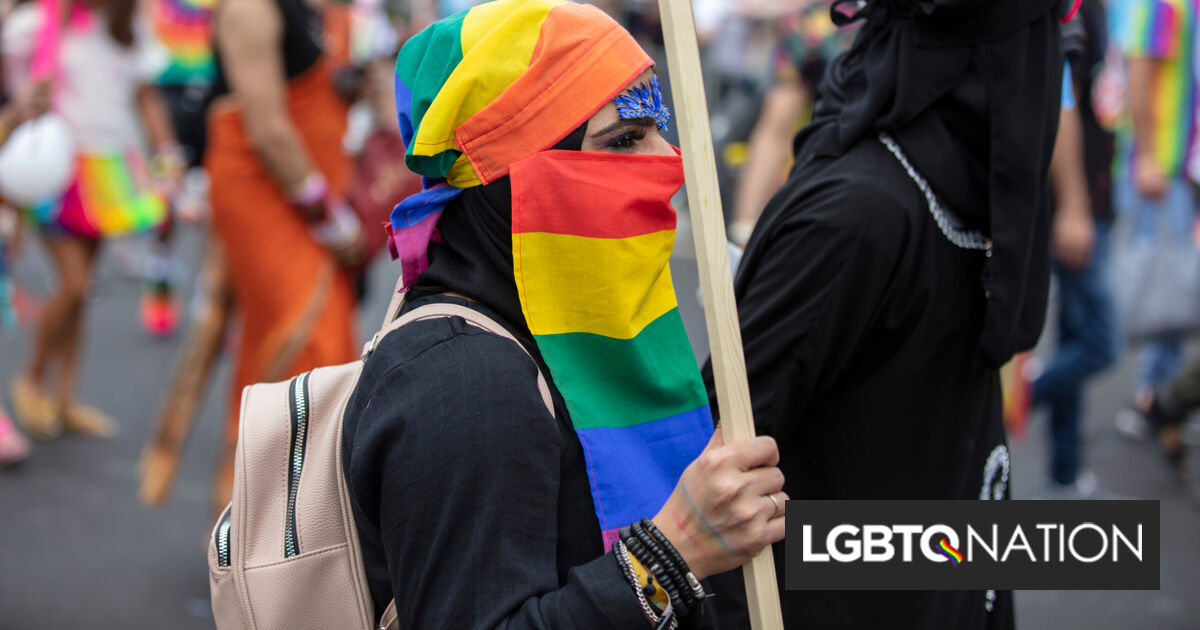 According to eyewitness accounts in Taliban-controlled Afghanistan, agents of the government are using a worldwide Monkeypox scare in their latest attempt to harass and detain LGBTQ people.

Nemat Sadat, a gay Afghan author and activist who lives in the U.S., has received reports that gay men are being “singled out” by the Taliban because of monkeypox.

Related: Brandi Carlile hid Ellen’s coming out episode on a tape labeled with her boyfriend’s name

“The Taliban are rounding up gay people on the grounds that homosexuals carry monkeypox,” Sadat tweeted. “They are singling out pretty men and checking their phones.”

The Taliban are rounding up gay people on the grounds that homosexuals carry monkey pox. They are singling out pretty men and checking their phones. This operation is happening in the Lycée Mariam, Khairkhana neighborhood and all the districts of Kabul. #Afghanistan #LGBTQ

According to Sadat, the harassment centers around urban areas frequented by LGBTQ people, including the Lycée Mariam, Khairkhana neighborhood, and all the districts around metropolitan Kabul.

The monkeypox virus, usually found in parts of Central and West Africa, has appeared recently in parts of Europe, Australia, and North America. Gay men make up the majority of confirmed cases. While not sexually transmitted, public health officials believe monkeypox is transmitted in these networks through close contact during sex.

To date, Afghanistan hasn’t reported any cases of the virus.

A gay man in Kabul reports, “Wherever they see handsome men wearing no local clothes, they check their cell phones and, if they find the slightest evidence that they are gay, they arrest them and take them away.”

Now they tell the public it’s to “prevent the spread of monkeypox.”

The same man had a friend who was arrested and raped by six Taliban members. “He now suffers from a mental illness and has fled Kabul,” he says. “The Taliban do not like anyone to wear fashionable clothes. They threaten all homosexuals with death after being detained. They say they should wear local clothes, should not shave their beards and act as they wish.”

“Personally, I go out in local clothes now. I do not bring my smartphone with me when I leave home. I try not to leave home without doing my homework. Their checkpoints are very dangerous.”

The World Health Organization initially reported the unusual spread of the monkeypox virus posed a “low risk to the general public.” That warning was upgraded to “moderate” at the end of May.