A trans woman made a map of affirming clinics. Hateful people turned it into a hit list. 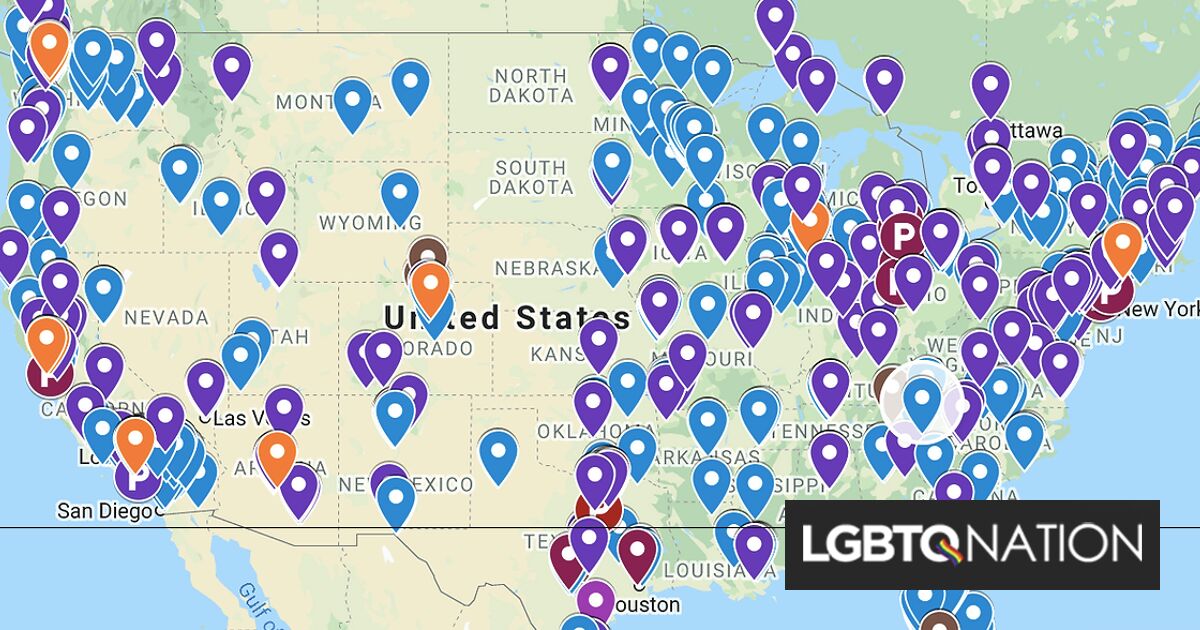 When transgender activist Erin Reed first started transitioning, she found it difficult to locate gender-affirming health centers that provide informed consent around hormone replacement therapy (HRT) and its effects. So, as an adult, she conducted extensive research in trans-inclusive web forums and created a Google Map listing 786 trans-supportive clinics, LGBTQ community centers, and other services across the nation.

A transphobic website called “The Gender Mapping Project” (or “The Gender Mapper”) seemingly reposted Reed’s map — typos and all — in order to help anti-trans activists “name and shame doctors” that support trans clients. The website’s stated goal is to abolish the “gender industry.”

“We are dedicated to delivering the truth about what is happening to children and youth by documenting the hard numbers on how many gender clinics, how many surgical clinics, and recording evidence where necessary. We wish to hold those who are harming to account and we demand justice for the victims,” the website states.

The website — which repeats right-wing falsehoods about “experimental surgeries,” chemical castration, and using gender-affirming care to “abuse” children — was founded by Alix Aharon, a member of the Women’s Liberation Front, a group that opposes trans legal and civil rights.

When Reed became aware of the website allegedly using her map, she tweeted, “I am enraged. I made my informed consent HRT map specifically for people dealing with poverty or lack of access to be able to obtain hormones after a move, or obtain without going for a year of therapy they can’t afford. And this d**k is using it for hate.”

I am enraged. I made my informed consent HRT map specifically for people dealing with poverty or lack of access to be able to obtain their hormones after a move, or obtain without going through a year of therapy that they can’t afford.

And this dick is using it for hate.

Reed filed a Digital Millennium Copyright Act claim and asked Google to remove the map. But the Gender Mapping Project continues to use it, Reed told The Daily Dot.

Aharon’s website map may have already helped anti-trans groups target gender-affirming care providers. Reed and other trans activists worry that others will use the map to intimidate, harass, or commit violence against care providers and their clients. This possibility seems entirely possible considering that death and bombing threats have targeted at least two gender-affirming hospitals so far.

Aharon’s website, Republican politicians, Fox News, as well as other activists and media figures have claimed that gender-affirming care is a form of “child abuse” even though every major U.S. medical association says such care improves the lives of trans people.

“Given the threats made against clinics and attacks on LGBTQ community centers, this poses an immediate risk to every place listed in this map,” trans advocate Alejandra Caraballo wrote on Twitter. “Anti-abortion activists use similar lists to coordinate bombings of clinics and murders of providers.”

I’ve held back publicizing this but Google has failed to act and is actively putting people in harms way. Anti trans activists have created a map of LGBTQ community centers, gender affirming care clinics, and non profit orgs. This is a page out of the anti abortion playbook. pic.twitter.com/r8et6FG8Li

In response to such criticism, Aharon disingenuously told Salon, “My map is subject to interpretation. I don’t express an opinion on the actual map, if someone thinks that child gender clinics are a wonderful thing then my map is simply a resource for treatment.”

She told The Daily Dot that she doesn’t “really have other political views” and doesn’t see how her map can be transphobic seeing as pro-trans advocates have posted similar maps.

The Gender Mapping Project’s Twitter and Facebook accounts have both been suspended. However, the site maintains a monetized YouTube account, meaning that Google and Aharon can both profit from it. Google told the aforementioned publication that it is investigating the YouTube channel and Google Map.

Google also said that anyone can create maps and also report ones that may violate the company’s policies. Meanwhile, Twitter users are sharing the map online, tagging high-profile anti-trans activists who could help direct violence toward gender-affirming caregivers, the aforementioned publication reported.

One Twitter user criticized Google’s inaction against Aharon, writing, “Seriously @google @googlemaps you are putting people in danger by not taking this down. Do something about it. #NoHate.”