A religious kook rushed the stage to scream at a drag queen. He didn’t get the response he expected. 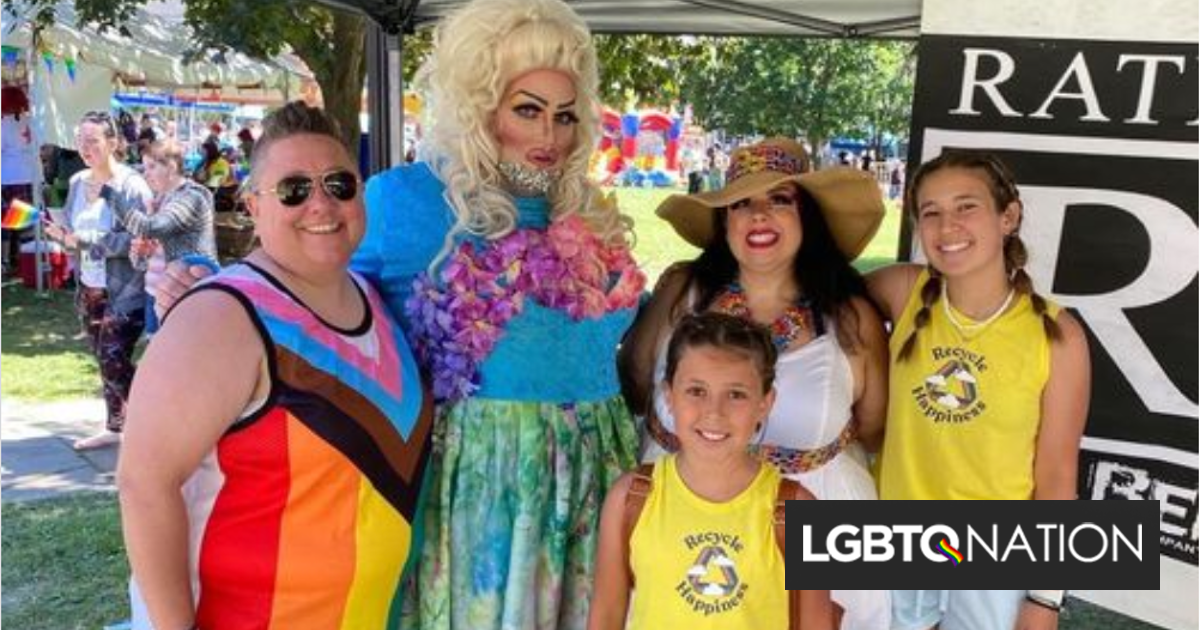 An Ohio drag queen has shared his terrifying account of being accosted on stage by an anti-LGBTQ fundamentalist and the remarkable reaction by the show’s queer and nonbinary teenage audience.

Last weekend, Robert Dennick Joki was on stage for the Rust Belt Theater’s family-friendly Kids Show at Youngstown Pride getting ready to announce the next performer, when a man with a megaphone rushed out of the crowd screaming.

Related: Gay Republicans whine that GOP doesn’t accept them even though they oppose LGBTQ tights too

“He called me a ‘pervert.’ He said that I was ‘grooming’ and ‘indoctrinating’ children. He was also filming my reaction.”

“What I COULD do, was counter his message with my own, because the only way to banish the DARKNESS is to turn on a LIGHT. I took a deep breath, closed my eyes and started to sing. The first words that came to my mouth were…”

“‘Somewhere over the rainbow, way up high…’”

The man with megaphone got “LOUDER. He began to circle me, getting closer, becoming more and more agitated, screaming at the crowd… The crowd of CHILDREN, telling them I was a MONSTER. I was terrified, but I was determined not to show it.”

“…There’s a land that I heard of once in a lullaby.”

“It’s a song my Nana used to sing to me, probably the first song I ever learned all of the words to. It has always been a source of comfort for me when I needed it, and in that moment it was there for me once again.”

“Then something unexpected happened… One by one… the other performers joined me. They linked arms with me, and started to sing along. We were then joined by people in the audience, singing in unison.”

“Together we drowned his message of HATE with our message of HOPE. He had a megaphone, but I had a family.”

“In the end he ran off, pursued not by parents, not by security, but by queer and nonbinary teenagers. They were wearing pride flags as capes, like the heroes that they are.”

“By the end of the song, the darkness was gone, banished by the light. By progress. By the future. Afterward, several people asked me if it was all part of the show. I promise you it was not 😞.”

“After it happened I was determined not to let anyone see me cry. I took a moment in the dressing room to get myself together, and we just continued with the show… Because that’s what we do.”

“And what we do is important. This incident was a reminder of just HOW important.”