A mob tried to harass a school board member over LGBTQ rights. So her neighbors responded. 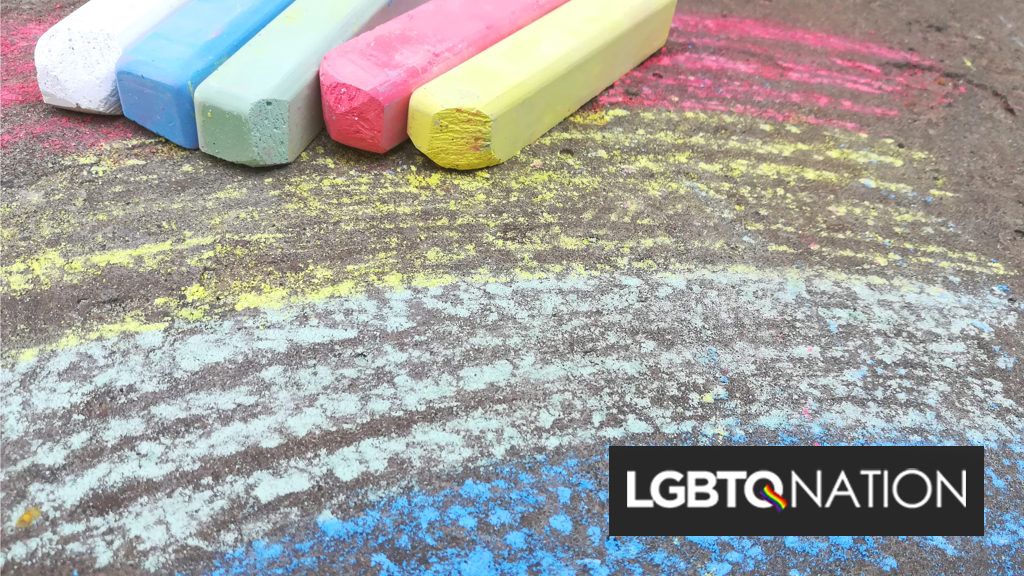 Last month, anti-LGBTQ activists tried — and failed — to convince the Brevard County School Board to remove protections for LGBTQ people in schools, going against the federal government’s policies.

Some of those same activists staged another “protest” outside of a school board member’s private home this week, offering a “surprise” for her and her family, including her four-year-old daughter — and even one of the main opponents to the policies denounced it.

Related: White cop’s son gets a year in prison in connection to execution-style killing of his Black lover

The “protestors” denounced the “LGBTQ agenda,” threatened neighbors, and heckled uninvolved people passing by while they stood no less than ten feet from board member Jennifer Jenkins’ front door. Jenkins, her husband, and her four year old were not home as they were out of town at the time.

Jenkins is the newest member of the Brevard County School Board. After the unsuccessful protest staged at a board meeting, Jenkins and her family has become the target of anti-LGBTQ activists’ ire — fortunately, she was not home at the time.

Descovich has since co-founded the conservative parental rights group “Moms For Liberty,” which opposes safety measures officials are putting in place for schools during the COVID-19 pandemic, including the wearing of masks. The group has already received adoration from Breitbart, Newsmax TV, and Fox News’ Tucker Carlson.

Descovich was a prominent figure at a March 9 protest of the school board’s policies, where members of Moms For Liberty and other supporters held signs with phrases like “straight & proud” and “Adam and Eve, not Adam and Steve,” and the anti-LGBTQ crowd called the students “queers” and “pedophiles.”

What they didn’t expect was a determined group of students and parents ready to defend the policy. When the two groups met outside the building, Florida Today reports it sparked “heated exchanges and a vitriolic display of homophobic and transphobic bigotry.”

A document detailing the policies was sent home, and that sparked the backlash. It was only a reminder of the school district’s policies that were implemented years ago. The guidance cited federal law and court rulings to determine how best to stay in legal compliance.

School board chair Misty Belford told the gathering, “Are we legally required to do the things on the document? We are, and we will.”

Yet, those opposed to the policies have not let it go, and Jenkins has become their latest target. She wore a rainbow mask to the meeting that they protested at and admonished them for showing “so much hate towards a group of children.”

On April 9, exactly a month after their initial protests, many of the same protestors arrived at Jenkins’ home in the evening. A neighbor, reportedly mistaken for Jenkins’ husband, was told by people in the crowd: “We have a surprise for you.”

More details on the supposed “surprise” wasn’t reported, but one protestor reportedly added, “wait until we come back if you thought Jan. 6 was bad,” pledging to return the next day. A passerby was called a “pedophile lover” because they were presumed to be against the mob.

The group informed local police they were staging the demonstration, and officers were present. They did not comment on the matter to local media.

“It genuinely concerns me, because they’ve had escalation of behavior,” Jenkins said. “I told the police department that. I warned them, ‘they’ve come to the school board meeting and pointed at me, called me out, and now they’re in front of my frickin’ home.’”

Descovich stated she was appalled and denounced the demonstration online. One of her supporters, Tom Rycroft — who attended the March 9 protest and identified himself as “Thomas Jefferson” while yelling “vulgar slogans” through a bullhorn — was present outside of Jenkins’ home, holding a sign in support of Descovich.

Descovich told Florida Today that she reached out to Rycroft and requested that he stop taking part in the protests, because she no longer supports them.

“First and foremost, Jennifer Jenkins is a mom and it’s unacceptable to have that kind of behavior in front of her home,” Descovich said. “I don’t agree with it. I don’t support it in any way at all and it’s it’s just unacceptable behavior. It’s it’s not good for our community.”

Jenkins suggested that Descovich shoulders some of the blame, as “I don’t think you can light a match and say that the resulting wildfire isn’t your fault,” she said. Descovich, for her own part, was the recipient of a package of feces after last month’s protest.

Jenkins asked her supporters to “counter-protest” by putting positive messages around her home, in time for the opposing group’s anticipated return.

So members of the community bought chalk and turned her driveway and nearby sidewalk into a rainbow-filled, LGBTQ-affirming display for all. “Protect trans kids,” “Love is not conditional,” and “Love Wins” were just some of the messages left on the ground.

Cara Sexton came by, along with her 12-year-old daughter Abby. “I have not been able to leave it alone since last night,” Sexton said. “It has just made me so angry.

“What’s getting lost is that these children are being vilified and all they want is to be able to use the bathroom at school and have a safe place where they’re not going to be ostracized.”

Jenkins posed with the drawings. Her daughter is staying with family elsewhere, but Jenkins is trying to figure out how she’ll explain to her what has gone on recently.

“I’ll probably just say, ‘sweet girl, everybody is different and unique and some people don’t like that.’ They’re not kind people,” she said.