A mob beat a gay couple for kissing in a bar. The police told them they shouldn’t kiss in public. 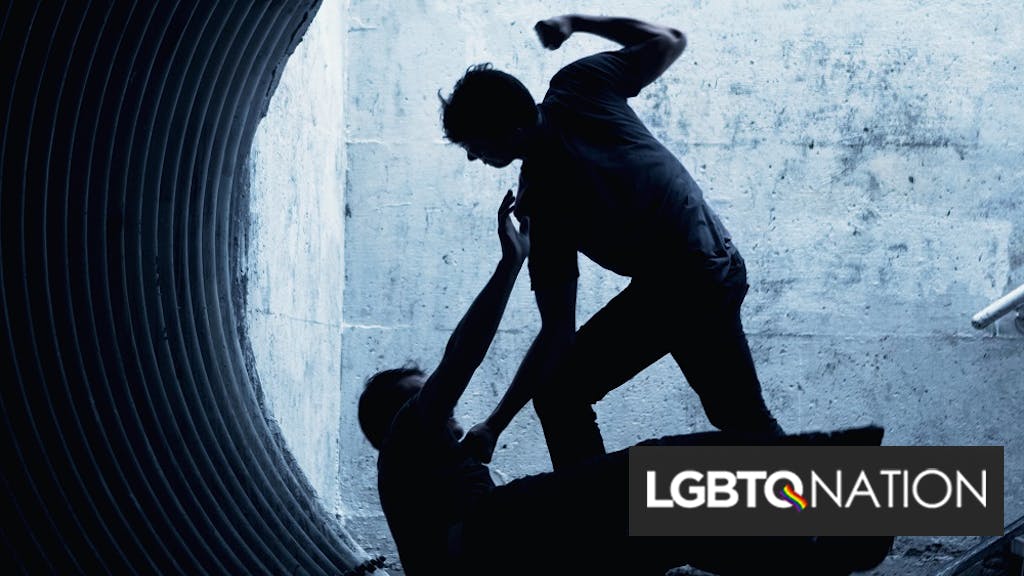 A gay couple was brutally beaten by men in a bar after they kissed. When they complained to the police, they were told that they shouldn’t have been kissing in public in the first place.

Two men, identified just as Eric and Nicolas in the media, were at a bar on a Tuesday night this past June in Ajaccio, France. They said that they were having a good time, until around 3 a.m. when they shared a small kiss at the bar.

Related: Gay man needed 5 staples in his head after he was attacked for kissing another man

“I felt a hand on my shoulder,” Eric told France Info. “I turned around and I found myself face-to-face with a guy who was around 20-years-old, who said, ‘Aren’t you guys ashamed to kiss here?’”

“I pushed his hand off my shoulder, and his voice got angrier.”

He said that the man started to insult them, but then some people tried to intervene.

“An older guy told me not to say anything, that they were just jerks,” Eric recounted.

But the verbal argument continued and the manager came over. According to the couple, the manager got mad at the gay couple for kissing “here,” implying that they were provoking the crowd.

Nicolas said that they left the bar, but then four or five people followed them out to the street. It’s “impossible to remember exactly what happened, it was so fast,” he said.

“We didn’t even have enough time to turn around before they started punching,” Eric said. “I had had two beers, so I was sober enough, but I was seeing red. Really.”

“I fell, I got back up again, I got a punch in, I got punched some more, then I fell down again,” he continued.

Hearing the noise, other people came out from the bar and the alleged assailants ran away.

The couple went to the police station to report the attack, even though Eric said that he didn’t believe the police would actually help. And he was right at first.

“One of the officers who talked to us said the same thing as the bar’s manager, that we shouldn’t be kissing in public,” Eric said.

Other officers, though, told them to get a medical exam and then file a complaint.

The next day, Eric saw a doctor, who said that his injuries required him to take five days off work. Eric said that the punches he took to his jaw left him in so much pain that he couldn’t chew for days.

The two men then went back to the police station and filed a complaint for group violence, which they said was an anti-gay hate crime.

“I will always be on the side of the victims of homophobic violence,” said Ajaccio Mayor Laurent Marcangeli in a statement.

The organization ARCU LGBT+ Corsica denounced the “nightmarish” attack and said that they have talked to the victims, who are “determined not to let this go.”