A mayor & thousands of businesses asked a city council for civil rights law. The council voted no. 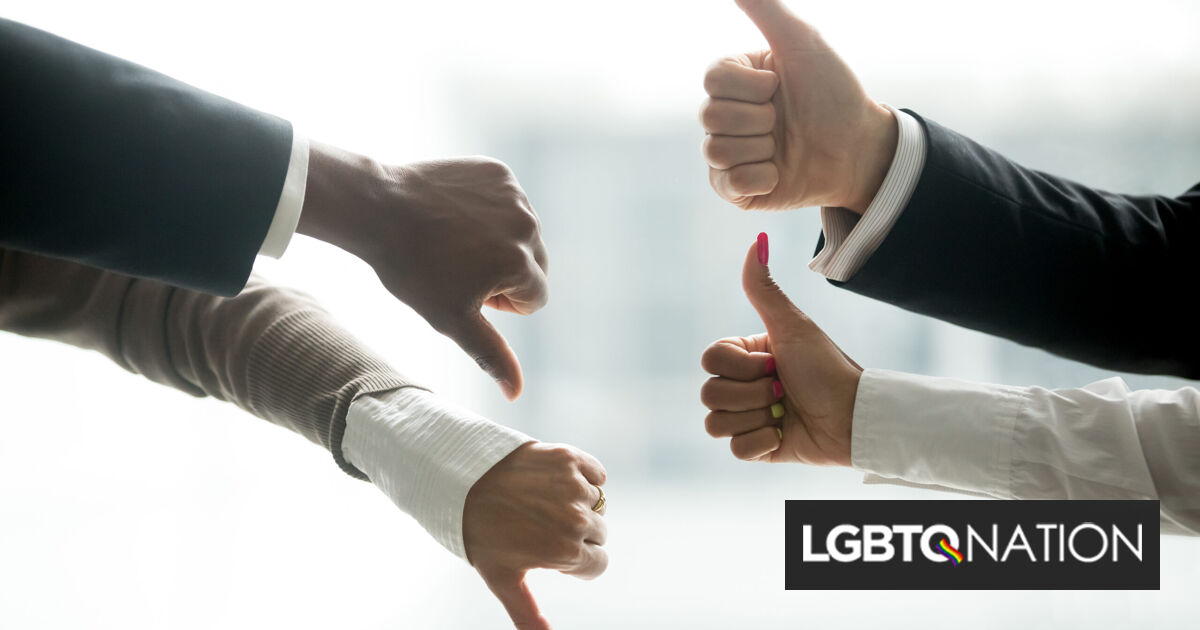 The mayor of an Alabama city is openly considering directing LGBTQ-friendly businesses to other cities after their city council narrowly failed to pass a non-discrimination ordinance, which would have simply made it illegal to discriminate on the basis of gender identity and sexual orientation.

“Maybe this isn’t the place for that project because I can’t stand behind it. Maybe this isn’t the place for what your employees are looking for, because I can’t tell you in good faith that this city … shares your values and your vision,” Mayor of Montgomery Steven Reed (D) pledged he would tell businesses that don’t want to discriminate if the city did not adopt the ordinance. It failed by one vote.

Reed was so intent on his planned actions that he even pledged to give out the cell phone number of Birmingham Mayor Randall Woodfin (D), suggesting he would direct LGBTQ-friendly businesses to Alabama’s largest city. Birmingham passed a similar ordinance in 2017.

Council members even asked Reed if he was serious. “Those individuals that ask me an honest question, then I’m going to give them an honest answer,” he told Councilwoman Audrey Graham.

Still, after nearly two months of consideration and delays, the vote was held and the Montgomery City Council narrowly rejected the ordinance by a vote of 5 to 4, according to the Montgomery Advertiser.

The defeat comes as a sting to the city, known for being a place where change occurs, following the events of the Civil Rights movement that took place there, most notably the Montgomery Bus Boycott, organized by civil rights leaders such as Dr. Martin Luther King Jr. and Bayard Rustin from 1955 to 1956.

Now, about 65 years after the boycott ended in triumph, one of the most prominent civil rights organizations based there — the Southern Poverty Law Center (SPLC) — expressed disappointment in the outcome.

Tonight’s city council vote on the Non Discrimination Ordinance was disappointing for all of us who believe in a New Montgomery and it shows how far we have to go to ensure equality for everyone. SR

“There is little doubt that a non-discrimination ordinance (NDO) is needed in order to address the discrimination and racial inequities that have plagued Montgomery for decades,” Scott McCoy, interim deputy legal director of the SPLC, said in a statement.

“Attaining these protections remain a vital concern for Montgomery residents, who need and deserve an NDO that fully supports the communities it is created to protect,” he added. “We look forward to revisiting the issue at the appropriate time with input from the mayor, city council and most importantly, the communities who are directly affected.”

Reed, who in 2015 gained prominence as the first judge in Alabama to issue same-sex marriage licenses, made clear that he wanted this ordinance to be adopted into law. The issue still received hot contention in the council though.

The vote was pushed back numerous times and copies were provided to each council member, according to the Alabama Political Reporter, nearly six weeks ago — emailed with already-prepared explanations — which contradicts councilmembers that said they could not review it in time. The email was even re-sent a week before the latest council meeting.

Councilwoman Graham was one of those councilmembers, claiming later she was being “bullied” into supporting the ordinance, and she ultimately voted against it because it sounded like something “just on paper.”

Much of the contention was based on the gender identity protections. Speakers at the most recent hearing kept propagating that the law was meant to allow “men” to use the women’s bathroom, a frequent anti-trans talking point used to stop any legislation that outlaws discrimination on the basis of gender identity.

After the vote, Mayor Reed said he was “wrong” about how far Montgomery had come since the Jim Crow Era.

“It’s hard to say to yourself that something as simple as a nondiscrimination ordinance can sit on the table for two months,” he said. “The vote itself is not a step in a progressive direction, it is a step backwards, and it is a step that I believe will have dire consequences.”

He later added, “The members of the council who voted against [the ordinance] have to do some deep soul-searching. They have to answer questions—why they think discrimination is okay?”

Yet, Council President Charles Jinright felt the opposite. “I didn’t feel like this was one of the priorities… I just feel like we have more pressing issues,” he said to reporters. In an email though, Jinright answered differently, claiming that he believed that “Our existing ordinance is adequate.”

The Montgomery Area Chamber of Commerce had endorsed the ordinance and said it was needed. “Study after study shows that nondiscrimination laws that include all people can benefit local economies,” they stated. They represent approximately 1,700 businesses.

Councilwoman Marche Johnson, who voted for the bill, said that since her election, five businesses have already left the city of Montgomery. Johnson was elected in May.

Most of the businesses went to Birmingham, Johnson believes.

Here’s what I really said. Anyone upset by these words should be more upset by the action five members of the city council took and the message it sends. Not exactly progress towards diversity & inclusion. Thanks ⁦@BradMGM⁩. SR pic.twitter.com/zqAb4QKeeh

As the birthplace of the Civil Rights Movement, we should be proud to adopt a Non-Discrimination Ordinance. It’s unacceptable to think our friends, family and neighbors still fear being unfairly fired, denied housing, refused service or worse. pic.twitter.com/NKdc4SMlw7