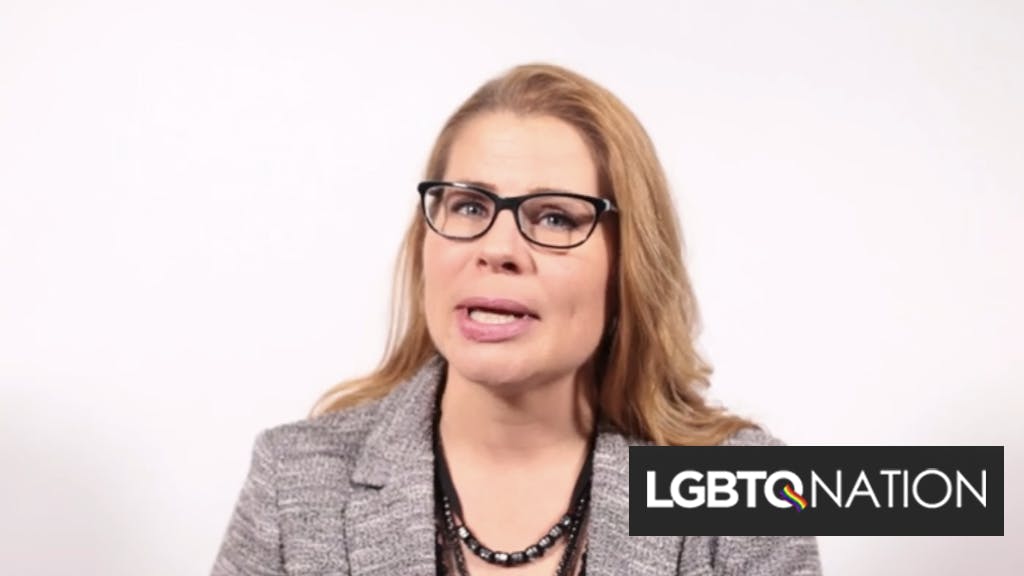 It has been revealed that a former hate group employee and anti-LGBTQ activist is now heading the Department of Education’s Diversity and Inclusion efforts.

Sarah Parshall Perry, a former employee of the hate group Family Research Council, has served as a senior counsel in Betsy DeVos’ Department of Education (DOE). After ‘reorganizing’ their Office for Civil Rights, which included taking two employee led councils – Diversity & Inclusion Council, and Employee Engagement Advisory Council – and combining them into one, department-operated group.

HuffPost has since learned that Perry was designated the co-chair of the new council less than two months ago. Employees spoke with journalists there, conveying that her leadership of the organization’s inclusivity policies “is ironic and disheartening.”

Besides being a leading anti-transgender voice at the Family Research Council while working there, up until a few months ago, as their Director of Partnerships. In fact, she is cited in the Southern Poverty Law Center’s “Extremist Files” on the Council. She is the daughter of Christian radio host and author Janet Parshall.

Outside of the Supreme Court last year, Perry proudly claimed – without evidence – that trans people cause children with autism to believe they’re trans themselves, because they “take longer to assimilate” into “fixed gender roles.” She also claimed that “the demands of transgender supremacy marginalize our unique kids.”

Her role there largely included campaigning against Common Core standards and taking part in the Council’s media projects. She previously guest hosted Tony Perkins’ podcast Washington Watch, deriding the backlash against author J.K. Rowling’s comments on trans people in episodes before transitioning to her new role.

Perry also regularly appeared in videos for the anti-LGBTQ group Focus on the Family, formerly related to the Family Resarch Council and run by Rev. James Dobson.

Perry’s appointment in leadership in the DOE’s Office for Civil Rights (OCR), which is the department’s agency dedicated to enforcing civil rights laws in K-12 schools and universities, has raised red flags among current employees.

Now, the “fearless protector of the Republic” as she self-proclaimed on her (now-private) Twitter account, is overseeing LGBTQ discrimination issues within the federal education system for the foreseeable future. Things are already taking a turn on her watch.

Just last month, the DOE began threatening to cut funding to schools and universities that openly support LGBTQ students, getting in the way of other’s “religious freedom.” The Department immediately reached out to several schools in Connecticut, promising to cut millions in funding if they allow trans students to participate in activities such as athletics.

The council overseen by Perry now goes from two open-participation-for-all groups to one that “is limited to representatives typically approved by regional management,” HuffPost determined in conversation with staffers there. Now, those in the Office of Civil Rights are further discouraged to push for protections of LGBTQ people, a year after 60% of respondents to an internal survey said that they believed leadership in the DOE lacked “high integrity.”

The committee is also co-chaired by Don Salo, who is now Senior Adviser to the Assistant Secretary of Education. He moves over from the Office of Management and Planning, and previously worked in the U.S. Army and Defense Departments. A DOE statement stressed that Salo has won awards – some under the Obama administration – for diversity & inclusion.