A gay couple went to get a marriage license. What they got were insults. 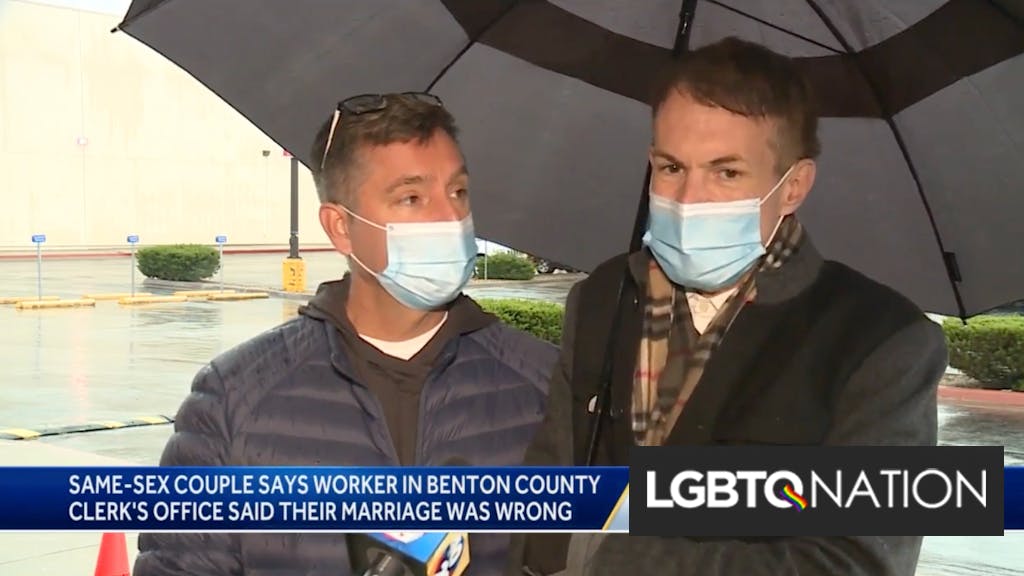 When Jarrod Harms and Kirk Bell went to the Benton County Clerk’s office in Arkansas, they weren’t expecting any trouble. The couple was going to get a marriage license.

What they got, however, was insults from an employee who used derogatory comments to express their opinion on marriage equality.

After the two men eventually got their license, they contacted the country clerk to let her know what had happened. They also alerted the local media about the situation.

“She chose to offer her own opinions on same-sex unions. We chose not to respond, not to engage,” Bell told local television.

“When those thoughts came out, I was dumbfounded. I wasn’t able to respond except to say…. okaaaay,” Harms added.

“The comments made to Mr. Bell and Mr. Harms were unacceptable and do not represent the policies of my office. I am incredibly sorry for what they experienced this week,” Benton County Clerk, Betsy Harrell, told the station. “When I became aware of the situation, I immediately expressed our sincerest apologies to Mr. Bell and Mr. Harms, and appropriate disciplinary action with the employee involved has been taken.”

“Our employees are well aware of our anti-discrimination policies. Failure to treat all customers with dignity, respect, and professionalism will not be tolerated.”

The men say they are happy with how the situation turned out, saying “more than anything we want to expose it and bring attention to it so that the next couple in line doesn’t have to hear those remarks.”