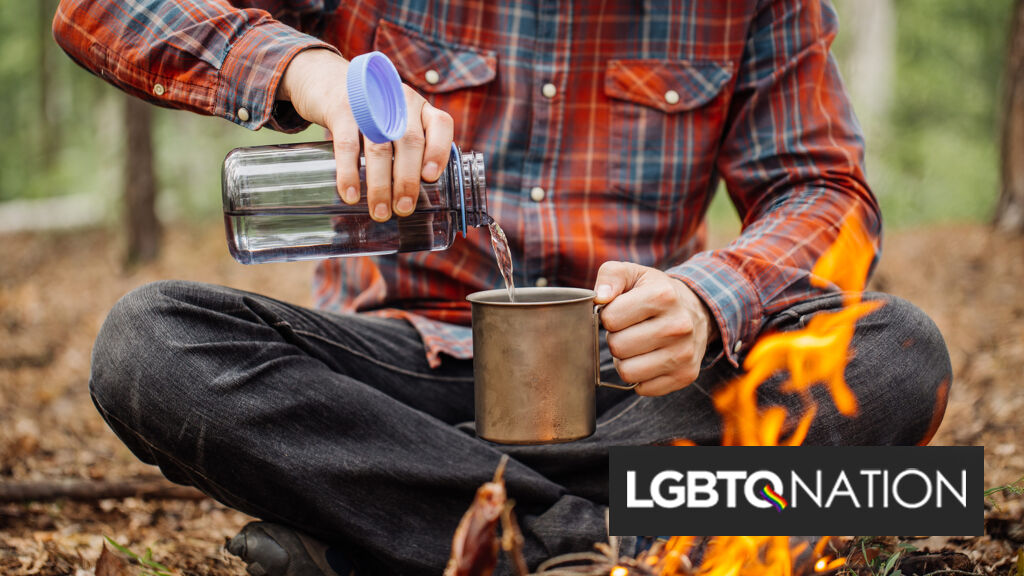 A yet to-be-opened private campground in Michigan for gay men announced this weekend that it was banning trans men from taking part in the community.

Bryan Quinn, co-founder of Camp Boomerang RV Park and Campground in Orleans, MI, wrote an announcement in the Facebook group for the organization. “Camp Boomerang is a private, membership-only RV park/campground that allows only ‘guys’. A ‘guy,’ in terms of this discussion, is defined as a person with a penis, [who] presents himself as male and has a state-issued ID that says ‘male’,” wrote Quinn.

Quinn continued on to say in the initial post that this is one of the reasons that Camp Boomerang is a private entity, so the group can define men as they see fit. “We understand this statement, unfortunately, may not make everyone happy, but feel it needs to be clarified. It is our hope that everyone who visits Camp Boomerang enjoys a comfortable, safe, non-confrontational environment going forward.

“Being a ‘private membership only’ entity allows us the ability to build a like-minded atmosphere. We don’t mean for this to come off as a ‘like it or leave it’ attitude, but we feel it’s necessary for everyone to know exactly what our vision is for Camp Boomerang,” Quinn concluded.

Since I seem to have a good platform on here, wanted to bring this to attention to gays in the Michigan and Midwest area about a campground opening up here next year.

Do not go there. The owner will not allow trans men in as I finally got it in written proof of the rules. pic.twitter.com/2cM9LGo1hR

For the record, fuck Camp Boomerang, an upcoming “gay” project in Michigan. Trans men are men and shouldn’t be excluded from spaces such as this. pic.twitter.com/aq3W6gtuew

Others began posting on the Facebook group, and one person asked if there were plans for Camp Boomerang to conduct “penis checks” prior to entering the campgrounds. Quinn then “bluntly” admitted that if there “women that act like men” in the group, as he refers to trans men, it would bother other men’s plans to “go naked” together.

“We never said anything about ‘penis checks’, but let’s be real here… if we let [trans] men in, and they go naked at the pool, that’s when it’s obvious that there’s no penis. Sorry to put it bluntly. But if you don’t like the rules, quietly leave.”

But eventually, other prospective members of the “non-confrontational environment began to push back on the camp’s exclusionary policy.

“I find it pretty cowardly that you put up your campgrounds stance on not allowing trans people without having a penis even if their driver’s license has the male designation and decided to disallow comments,” Kenn Kennedy wrote in the group.

“If you believe so strongly in your stance then have the backbone to hear the other side of the conversation.”

Kennedy’s post was deleted and he was blocked from the group.

Several pledging members of the group have already dropped their membership and the Facebook group for Camp Boomerang was no longer immediately available after news broke about the blatant revelation. With many other options around the state for LGBTQ campgrounds, some are hoping that the other groups will be more inclusive.

“Me and a lot of other people in the Detroit community stood up and spoke our piece about it needing to be a place that allowed trans men,” Michael Champagne said to PrideSource.com. “That wasn’t up for discussion for us. Either that would be the case or we wouldn’t visit or be seasonal members there.”

Champagne had hopes to change the mind of Quinn and others from within, but “I feel like when you publicly come out through discriminating against a specific group of people they don’t want to be educated, they don’t want to come to the table. They’ve made it clear how they feel and they’re the owners of their business so they’re going to do what they want.”

“After that comment, that was really the nail in the coffin for me,” he said, referring to Quinn’s subsequent comment deeming trans men as “women who act like men.”

“They are blatantly uneducated and arrogant and assuming of what it means to be a trans person. It is hate speech period. It is discrimination period. It’s all of those things that I don’t want to associate with.”

Camp Boomerang will be one of four LGBTQ private camp communities in Michigan. CreekRidge Campground in Stockbridge states that it is the “first private, membership only, all-male campground” in Michigan, and “where friends become family.”

Co-owner Ron Jamison said that “we pride ourselves in a warm and welcome atmosphere for all men to enjoy, which includes those who identify as a transgender man,” although they require potential visitors provide an identification that has their gender marked as male.

The Windover Women’s Resort, an women’s private camp, did not immediately respond to PrideSource.com inquiries to the welcoming of trans women or non-cis women. However, a person formerly involved with the group wrote on Facebook that the organization would require any and all drag performers at events for the group to be cisgender women “who identify as such,” signaling that they would not be receptive to trans women being part of the group.

The other is Campit Resort in Saugatuck, which has no gender requirement. “Our policies and our cultures [at Campit] are 180 degrees from Camp Boomerang,” Owner Michael O’Connor said. “They can do what they want to do. But we don’t support policies like that at all at Campit. We are very trans-welcoming.”

O’Connor, the webmaster of the Gay Camp Association, added, “we welcome other gay campgrounds to Michigan and, I think, we’re now in a position where Michigan may be the center of gay campgrounds — but we hope that the gay community, in general, will stop discriminating against other members of our community. I’d really like to see that everyone is welcome.”