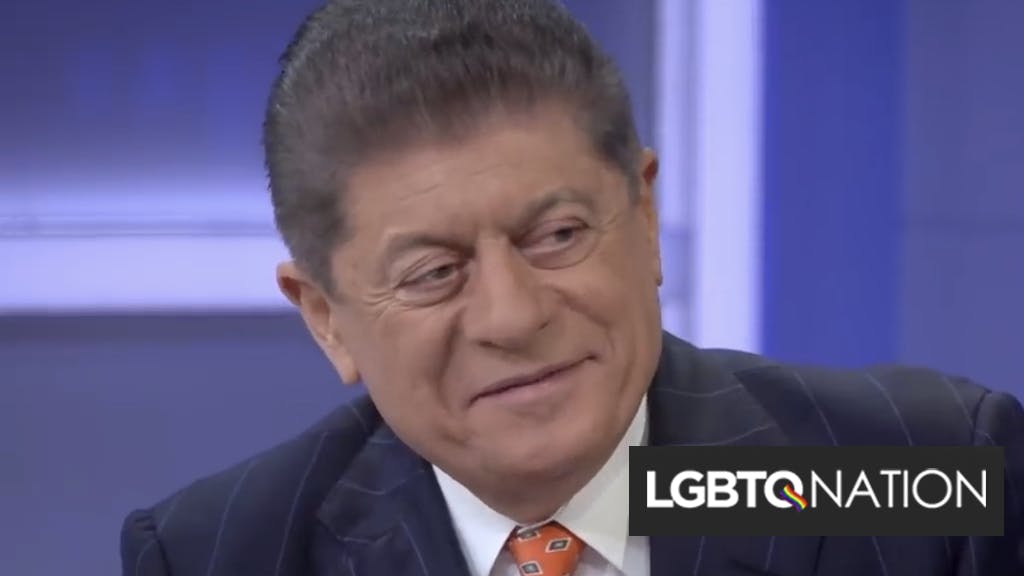 Andrew Napolitano, a former judge and current legal analyst for FOX News, is now facing a lawsuit stemming from his connection to a defendant he presided over 32 years ago.

Charles Corbishley alleges in his complaint that he endured “sexual assault, battery and intentional infliction of emotional distress” at the hands of Judge Napolitano, in conjunction with Corbishley’s own lawyer, Robert Hollis. In part, he says he was led to visit Napolitano at his Hackensack, New Jersey home, and forced to perform oral sex acts.

Corbishley indicates in his complaint that while facing criminal prosecution for arson charges starting in November 1987, Hollis used his connections to have the case bought to the docket of “his friend”, Judge Napolitano. From there, Hollis and Napolitano “arranged” for Corbishley to visit Napolitano’s home in December 1988, to “shovel snow”.

Corbishley’s alleging that upon reaching the residence, the front area of the house was already cleared, but he was asked to shovel for the judge anyway. Napolitano then went inside, then returned “dressed in a longtrench coat…and summoned [Corbishley] to come to the side of the house.”

Corbishley claims that after, he ran from the home to a nearby diner and cleaned himself up. He then met with Hollis two days later, who allegedly “knew exactly what happened” and told his client “don’t worry about anything…we both have him now.”

Corbishley’s lawsuit notes that Hollis’ “unlawful activities” and state bar suspensions have been documented, citing a 1996 New York Magazine article entitled “The Screwball Scheme” that recounts Hollis’ part in operating a prostitution ring. He was convicted and served jail time for money laundering in connection with those revelations.

Following this, Corbishley pled down on one lower charge based on Hollis’ advice. He received five years’ probation and 150 hours of community service – while his co-defendant, with a different lawyer and no criminal history, received a sentence of “several years in prison”.

Corbishley also alleges that Napolitano would vacate the community service portion and place Corbishley under his direct supervision for probation. The judge did not submit any probation violations for Corbishley as a “deliberate and calculated attempt” to create “good will” and ensure his silence.

Corbishley was 20 at the time of the alleged assault. Since then, he has put criminal activities “behind him” and become a “successful business owner” in South Carolina. He claims he has not seen Napolitano in 30 years, but that the ex-Judge had “reached out to law enforcement authorities and made completely false criminal accusations” about him, in addition to intimidating an unnamed third party.

Napolitano was 38 at the time of the alleged assault, having been appointed as the youngest Superior Court Judge in New Jersey’s history in 1987. Since leaving the bench in 1995, Napolitano has become an avowed traditional Catholic, published author and media analyst. Outside of hosting his own shows on the FOX Business Channel and FOX News Radio, the ex-Judge has appeared on FOX network shows for 20 years.

After President Donald Trump’s election, Napolitano made claims that he was on the shortlist for nomination to the Supreme Court, but Trump denied that and did not nominate him for either of the vacancies he’s filled on the court bench. Since, Napolitano has been at odds with the White House.

A book recently alleged that Attorney General William Barr has asked Rupert Murdoch, who oversees FOX News, to limit certain voices’ air time on the network because they are not favored by Trump. This namely included Napolitano.

“These accusations are completely false, full stop,” Napolitano said via his lawyer in a statement to Law & Crime. “I have never done anything like what the accuser describes, at any time, to anyone, for any reason,” also noting that he reported Corbishley’s “threats” to law enforcement.

“Judge Napolitano has assured us in the strongest possible terms that these allegations are false and he will fight them aggressively in court,” Fox News also told Law&Crime.

Corbishley’s lawsuit was filed in light of 2019 New Jersey laws that reinterpret the state’s statute of limitations for sexual assaults, and was ultimately referred to the Southern District of New York. He is seeking $10 million overall in damages.