8 of the campest Christmas films of all time 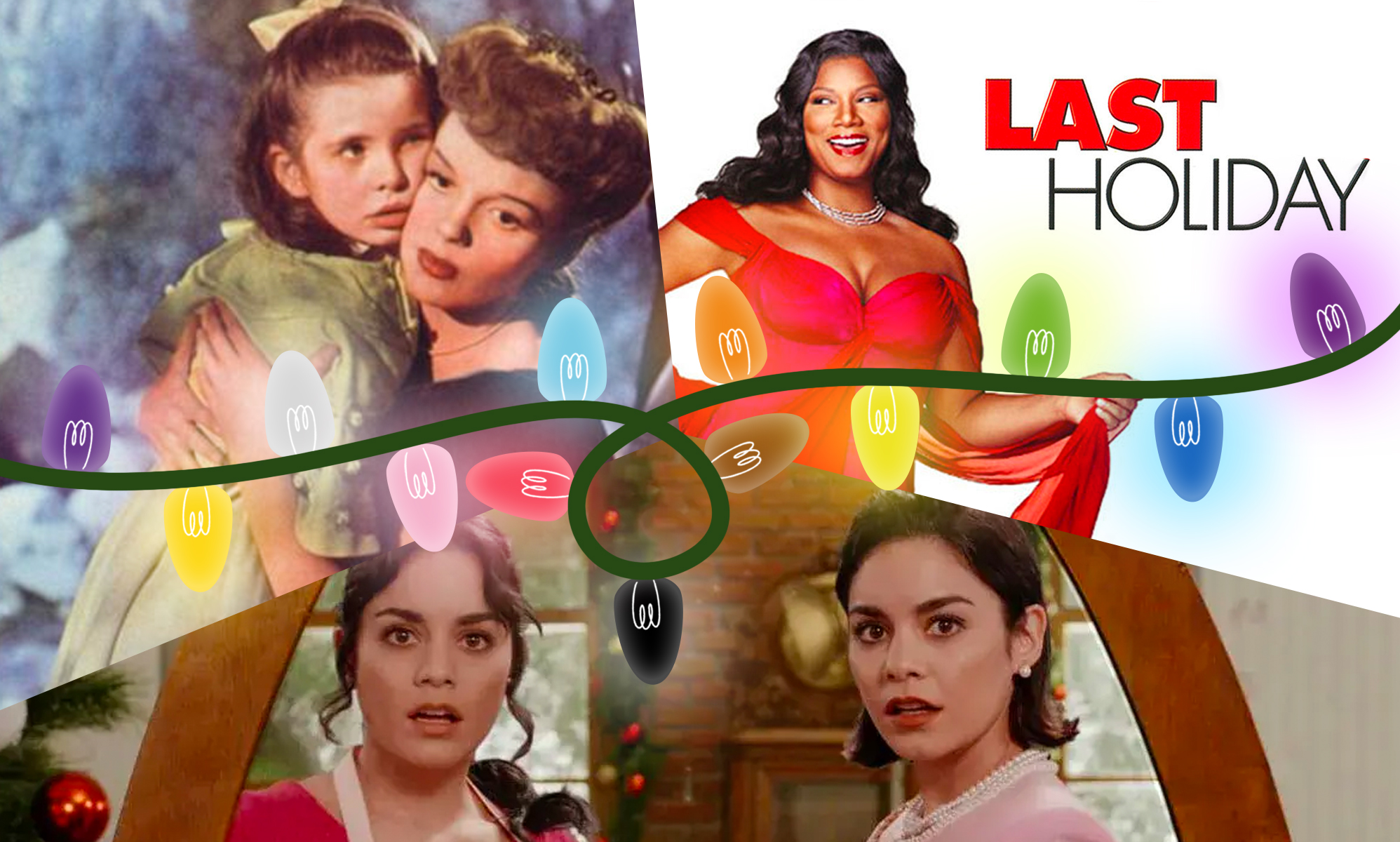 The festive season is here, which means it’s time to wheel out all our favourite camp Christmas films once more.

Yes, we could watch Christmas movies with actual LGBTQ+ representation, but that’s for another day – and for another list.

What we’re concerned about right now is all the camp classics, from Dolly Parton playing an angel to Judy Garland lamenting that she can’t handle 20 men by herself.

As we launch into the Christmas season, we bring you eight camp Christmas favourites that bring you tidings of joy.

1. Christmas on the Square

From the moment Netflix announced Christmas on the Square, we knew it would instantly become one of our favourite camp classics.

The film stars Dolly Parton, Christine Baranski and Jenifer Lewis – three bonafide gay icons – so we knew from the get-go that we were in safe hands.

In a role that she was clearly born to play, Dolly Parton plays an angel, while Christine Baranski has a whale of a time pretending she’s evil (she couldn’t convince us).

The whole thing is pulled together by some utterly over-the-top singing and dancing, which all happens on an extremely fake-looking soundstage.

There’s so much camp in Judy Garland’s 1944 film Meet Me In St Louis that it’s hard to even know where to start.

For one, there’s “The Trolley Song”, in which Judy sings about losing her heart on the trolley. It’s high-octane camp and about as gay as it gets without actual homosexual content.

That’s not all, either – there are so many painfully camp lines in the movie that we could write a whole article listing them, but the best of all has to be a conversation between Esther (Garland) and Rose (Lucille Bremer) in which they talk about how many men they can handle.

If you need a dose of Judy Garland-infused camp this Christmas, then give Meet Me In St Louis a watch.

No, you’re not trapped in a fever dream, there really are multiple Vanessa Hudgens on the screen in front of you.

The Princess Switch and its two sequels mostly fall into the ridiculous category. Even calling them films seems like a stretch – you might find yourself wondering if the writers put a few loosely defined terms into an automatic story generator and ran with it.

But then there are all the painfully camp moments to keep you entertained. Vanessa Hudgens shows off her range as an actor by playing several different characters, each one as ridiculous as the last.

There’s no denying The Princess Switch franchise is desperately camp, but be warned, you’ll have to wade through a lot of nonsense to get to it.

Everyone loves The Muppet Christmas Carol – it’s managed to edge out most other adaptations of Charles Dickens’ novel to become the most universally adored (and surprisingly faithful) version of the book.

What’s talked about less is the film’s camp credentials which are, as always, delivered exclusively by the gay icon (yes, we’ve called it) that is Miss Piggy.

Long before we had divas like Mariah Carey and Beyoncé, we had Miss Piggy – and she delivers camp excess in every line in The Muppet Christmas Carol.

We thank you for your service, Miss Piggy.

5. Single All The Way

Netflix’s Single All The Way doubles as both a queer Christmas film and a camp classic thanks to the talents of Jennifer Coolidge and Kathy Najimy.

When the streaming giant set out to make a gay rom-com for the festive season, they obviously knew the gays would need a selection of icons to help rope them in. Thankfully, they got Coolidge and Najimy on board.

In this film, Coolidge is in her comfort zone – she’s playing a character who’s a gay icon herself, and it’s exactly what we’ve always needed in our lives.

If you want a dose of camp along with some heartwarming queer content, Single All The Way is your best bet.

Falling for Christmas is one of the most ridiculous films ever made, but it also features Lindsay Lohan in her big comeback, so it’s making our list of camp classics anyway.

The plot of Falling for Christmas is about as derivative as it gets – the film follows a newly engaged heiress who loses her memory after a skiing accident. Naturally, her injury gives her some time to reconsider her options when confronted with a handsome man.

It’s an objectively bad film, but Lohan gets to deliver a dose of much-needed camp, particularly in the film’s early scenes – and we’re all the better for it.

Christmas in Connecticut pretty much invented the Hallmark Christmas blueprint, and we’re so glad it did.

This feminist classic (OK, maybe not, but let’s roll with it for now) from 1945 tells the story of a food writer who pretends she’s a housewife on a farm in her articles, but she is, of course, actually a single woman living it up in the big city.

Naturally, that gets her into some hot water with the publisher of the magazine, who doesn’t know the whole thing is predicated on a lie. What follows is a joyous, hilarious and spectacularly camp affair.

The whole thing is elevated by Barbara Stanwyck, who’s a gay icon and delivers camp in spades throughout the movie.

OK, Last Holiday might not be the first thing you think of when you think of camp Christmas films, but the very presence of Queen Latifah means we’re claiming this one.

If you’ve ever dreamed of watching Queen Latifah blowing loads of cash at Christmas time, then Last Holiday was made especially for you.

You’ll also get to see her try on some iconic gowns and outfits, and there are plenty of laughs in the mix too.

Queen Latifah is the queen of camp, and we’re more than happy to give her a spot on this list.