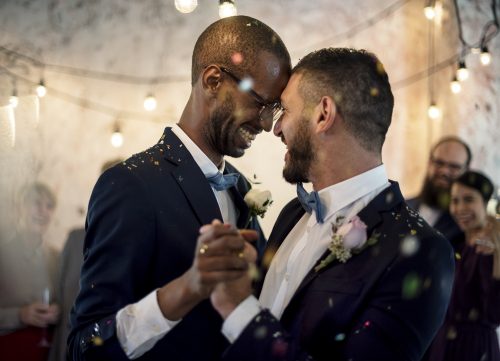 Even in countries making significant advances for LGBTQ+ rights, the community still has a long way to go before realizing total equality. Nevertheless, it is essential to celebrate the wins. Here are seven for the international LGBTQ+ community this year.

In October, Slovenia officially legalized marriage equality and adoption, making it the first country in Eastern Europe to do so.

The historic moment came about after a 6-3 Constitutional Court decision in July said that same-sex marriage and adoption are constitutional rights. The court ordered parliament to add an amendment within six months.

The new law also removed restrictions on same-sex couples around parentage, adoption rights, and assisted reproduction. It also eliminated a requirement that transgender people get divorced before having their gender legally recognized.

And finally, in September, Cubans voted in favor of legalizing same-sex marriage and adoption by gay couples, with about 67% of voters supporting the measures as part of updating the island nation’s four-decade-old “family code.”

The vote was noteworthy because the Cuban government has only held public referendums to shape its laws three other times since the country’s 1959 revolution.

In October, the Irish Cabinet voted in favor of a bill that says anyone convicted of purposefully inciting hatred or violence against a person due to their gender identity or expression could face up to five years in prison.

The updates to Irish hate crimes law – including making disabled people a protected class – were reportedly made based on international best practices.

The parliament of Greece passed a law in July banning “sex-normalizing” surgeries for babies born intersex.

Surgeries on intersex babies are often unnecessary for the child’s health and are performed so that adults feel better about how the child’s genitalia looks, even though the child cannot consent to the procedures.

Moreover, the surgeries can lead to loss of sexual sensation, sterilization, and psychological trauma, according to Intersex Greece.

The new law in Greece bans the procedures for children under 15 unless parents can obtain a court decision.

This year, Zimbabwe officially decriminalized the transmission of HIV.

A UNAIDS press release stated that a legal assessment completed by Zimbabwe in 2019 found that criminalizing the transmission of HIV created stigma for those living with the virus and also caused barriers to health care. The release also said criminalizing transmission deters people from getting tested for HIV.

UNAIDS also touted the progress Zimbabwe has made in the fight against HIV, reporting that of the 1.3 million people living with HIV there, 1.2 million are on life-saving medications. Since 2010, HIV infections have decreased by 66% and AIDS-related deaths have decreased by 63%.

Trans people won the right to exist in Kuwait

In February, transgender equality activists scored a significant win in Kuwait as the country’s constitutional court struck down a law that has long been used to criminalize transgender identity.

Amnesty International welcomed the decision as a “major breakthrough.”

She said that the ruling means that authorities in Kuwait “must also immediately halt arbitrary arrests of transgender people and drop all charges and convictions brought against them.”

In a 112-8 vote, the New Zealand parliament passed a law in February banning the harmful and discredited practice of conversion therapy.

As of November, couples who either live or work in Tokyo can be issued domestic partnership certificates.

Marriage equality is not recognized in Japan, but LGBTQ advocates hailed the move, allowing same-sex couples to be treated as married couples when it comes to housing, health care, and social services.