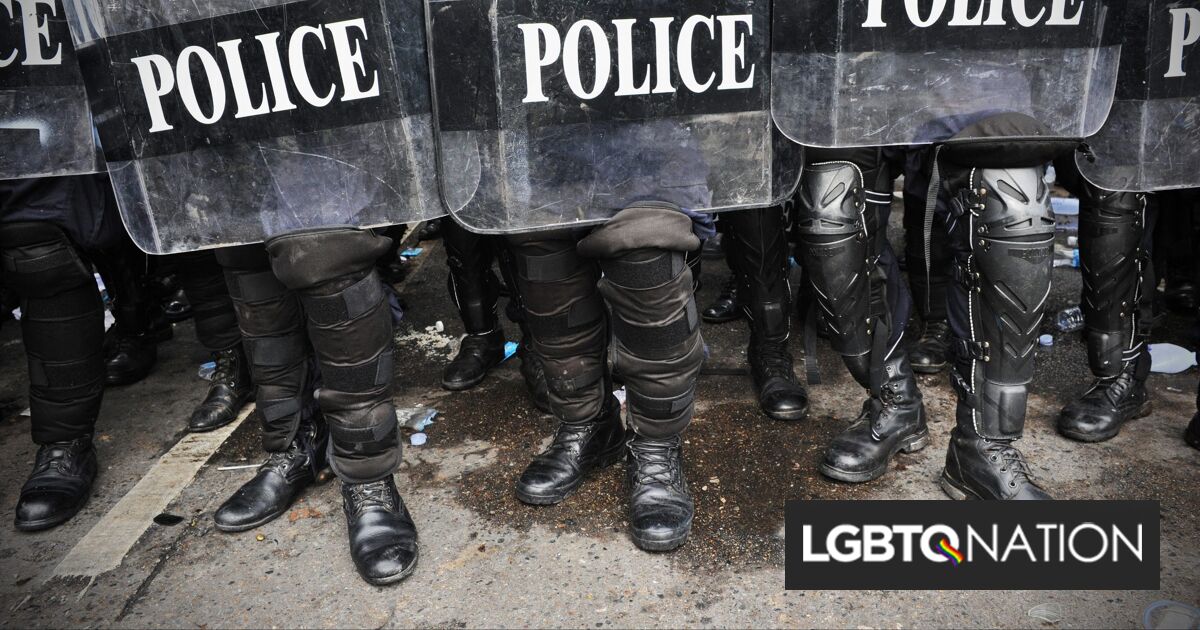 The Islamic police force, known as Hisbah, recently raided a same-sex wedding in northern Nigeria and arrested 19 people for attending.

In the virulently anti-LGBTQ+ country, homosexuality is illegal based on both secular and the strict Islamic legal system known as Sharia law that functions in conjunction with the government in the majority Muslim state of Kano.

Nigeria’s Same-Sex Marriage (Prohibition) Act, which was signed into law by former President Goodluck Jonathan in 2014, makes same-sex relationships punishable by up to 14 years in prison. Under Sharia law, it is punishable by death.

But according to BBC, the Islamic courts of Kano have never actually convicted someone for homosexuality.

A spokesman for the police force, Lawal Ibrahim Fagge, said the 19 people who were arrested – which did not include the couple getting married, as they were able to flee – are not being formally charged with anything, but rather are being encouraged to change their “lifestyle” through “counseling.”

“We’ll explore the avenue of change before we charge them in court. First we counsel them, and involve the parents and we hope they change their lifestyle,” Fagge said.

Fagge added that last year, Hisbah arrested 18 people at another same-sex wedding, and that they were all released after promising (in writing) to “change their lifestyle.”

While no one in Kano has ever been convicted of homosexuality, those in other areas have not been so lucky,

In July, three Nigerian men were sentenced to death by stoning in a Sharia court in the northern state of Bauchi.

In response, Nollywood actor Uche Maduagwu came out as gay and called on President Joe Biden to sanction Nigeria for “ignoring the fundamental human rights” of its LGBTQ+ citizens.

“Dear President Joe Biden, we need the US government to sanction President Buhari and his top advisers over ignoring the Fundamental Human rights of #LGBT in Nigeria,” he wrote in the post’s caption.