10 times that Lauren Boebert proved she is absolutely dreadful 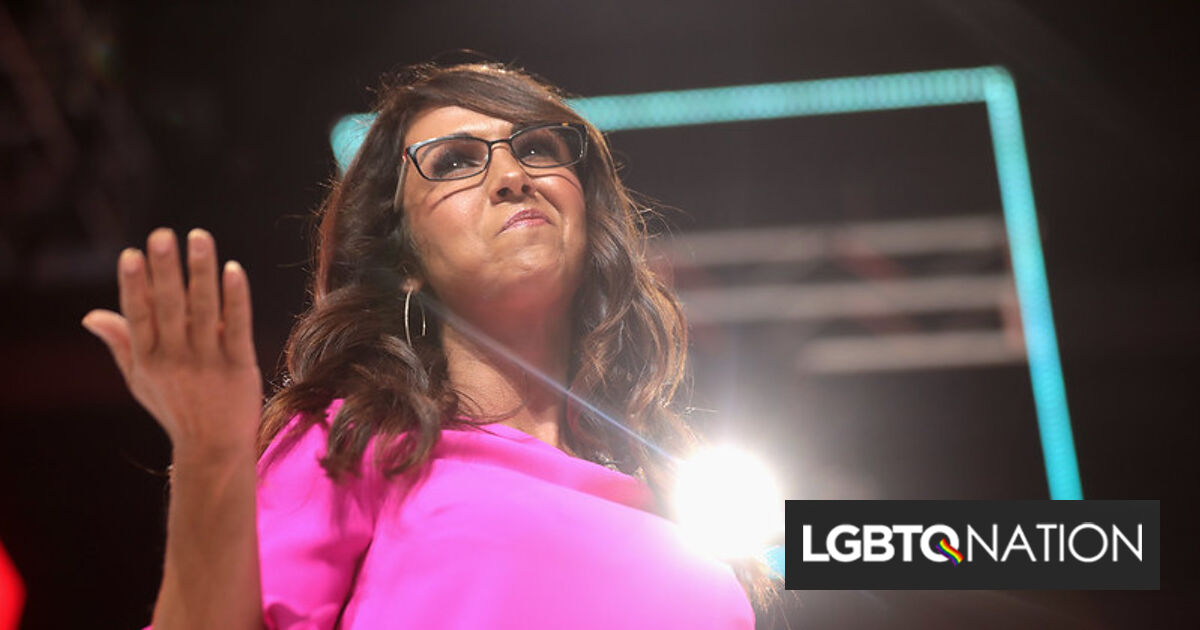 Rep. Lauren Boebert (R-CO) isn’t just a terrible and dangerous threat to the transgender community that she loves demonizing, she’s also proven herself a threat to her congressional colleagues, Muslims, people needing tissue transplants, and even her own children.

Here are 10 times that Boebert proved she’s the absolute worst.

January 2021 – She tweeted officials’ locations during the January 6 insurrection

While followers of former President Donald Trump were busy attacking police officers and breaking into the Capitol in order to kill legislators, Boebert was busy live-tweeting their location to the rioters.

She later had the gall to accuse Democrats of not doing more to provide proper security for the Capitol, even though Trump was the one who set the attack into motion. She never blamed Trump for the danger though.

Boebert and her equally bigoted colleague Rep. Marjorie Taylor Greene (R-GA) were one of two House Republicans to vote against a bill to help sick people get vital tissue transplants, including life-saving bone marrow and umbilical cord blood transplants. She never explained why she voted against it. Thankfully, it passed despite her opposition.

A now-deleted TikTok video showed Boebert’s young son singing, dancing, and playing with cigarette lighters while left alone in a bedroom, mere feet away from loaded rifles on a wall display. Her son has also posted several other now-deleted TikTok videos showing his young friends playing in the bedroom with zero parental supervision.

“This would appear to violate a new Colorado state law, under which gun owners are required to store their deadly weapons in a gun safe, with a trigger or cable lock, whenever the owner is aware, or should reasonably be aware, that a ‘juvenile or a resident who is ineligible to possess a firearm can gain access to the firearm,’” Salon noted. She didn’t respond to the publication’s request for comment.

November 2021 – She encouraged death threats against an Islamic legislator

In late November, a video showed Boebert “joking” about Islamic Rep. Ilhan Omar (D-MN) being a member of the “jihad squad” and possibly having a bomb on her. Omar called Boebert a “buffoon” and “bigoted” as Boebert’s story inspired others to issue horrific death threats against Omar.

Boebert introduced a bill in the House to block research into gender-affirming treatments for transgender youth, claiming that trans youth are “sexualized and used for horrific sexual ‘research’” when given life-saving puberty blockers. She also said that trans kids are subject to “genital mutilation”, even though bottom surgeries aren’t performed on minors except in extremely rare cases.

She introduced legislation to stop upgrades of security scanners used at airports by the Transportation Security Administration (TSA) because those upgrades are too trans-friendly.

The advanced imaging technology machinery wouldn’t need to know the gender of the person being scanned in order to detect possible threats.

In her press release accompanying her new bill, Boebert didn’t cite any evidence that the newer technology is any less safe than the older technology. Instead, she accused “the Biden regime” of pursuing “a woke crusade to remake America in its own image.”

Around the same time, she also proposed legislation to stop people from coming out as LGBTQ before the age of 21, a laughable bill that would be unconstitutional and impossible to enforce.

After repeatedly insulting out Secretary of Transportation Pete Buttigieg and his husband for taking “maternity leave” to “figure out how to chest feed” their children, she then asked Buttigieg for $33 million to help build a new bridge in her district. Buttigieg, who isn’t a partisan hack who lobs nonstop insults, approved the project as part of President Biden’s infrastructure investment.

Only a few months before her request, she decried the infrastructure spending as “wasteful” and asserted that only “RINOs” (Republican in name only) would support the initiative. Most Americans support infrastructure upgrades by large margins.

In a podcast, she claimed that the national baby formula shortage was due to transgender men not “chestfeeding” enough.

“They say men can get pregnant, men can menstruate, and I wish they would stop because now there’s a feminine hygiene product shortage,” she said.

“And then we have the baby formula shortage, so if they are gonna get pregnant can they please figure out how to chestfeed so we can stop the shortage on baby formula?” she said.

In truth, the shortage was due to a closed factory and supply chain disruptions caused by the COVID-19 pandemic.

While speaking at the Charis Christian Center in Colorado Springs, she claimed that Jesus only died because he didn’t have enough assault rifles to defend himself, effectively victim-blaming the Messiah.

“The little Twitter trolls, they like to say, ‘Ah Jesus didn’t need an AR-15! How many AR-15s do you think Jesus woulda had?’ Well, he didn’t have enough to keep his government from killing him, so…” she said.

The first automatic rifle was invented in the 1950s. The death of Jesus is believed to have occurred between AD 30 and 36. Without his death, the Christian religion itself wouldn’t exist.

A Human Rights Campaign study found that Boebert was one of ten conservative social media users “responsible for driving” the “grooming” narrative that all LGBTQ people and allies want to rape children.

Boebert and her fellow bigots’ tweets making such clams spread to an estimated 48 million people, encouraging continued attacks, harassment, and violence against LGBTQ people, educators, drag performers, trans healthcare providers, and many others.